From fantastic to fiasco 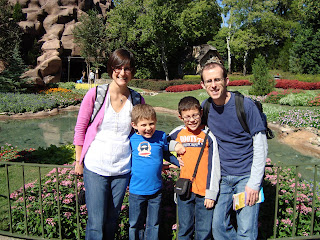 I am not a suspicious or a negative person by nature; I generally believe in the overall goodness of people and life. This week, however, I am starting to think that there is a nasty little conspiracy at work in the universe, an unwritten rule somewhere that the payback for taking a week away from normal life to enjoy a vacation is a week of complete chaos upon returning. What else would explain the jumbled mess of the past week after the unparalleled fun of the one before it?

Let's start with the fantastic. Matt, the boys and I spent the week before last enjoying excitement, laughter, and sunshine in Florida together. Our days were filled with wonderful experiences at Disney parks, relaxing afternoons by the pool, a bit of shopping, and great opportunities for family bonding. It was a week marked by many highlights: My heart pumped with exhilaration enjoying Noah's favourite high-flying Soarin' ride, melted when Will ran up to Stitch (his new best buddy) and slipped his small hand in Stitch's big furry one to get a photograph taken, and swelled with happiness watching the boys splashing, swimming, and shooting joyfully out of the water slide at the pool. I know I'll smile every time I remember Will rockin' his heart out with an inflatable guitar when a band member called him up to be part of their street show at Disney's Hollywood Studios, and Noah's look of absolute shock when a garbage can at Magic Kingdom suddenly started walking around and talking to people. We all felt sad to see the end of such an amazing vacation, and the four of us are filled with fond memories that will stay with us for a long, long time. 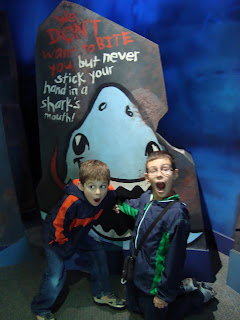 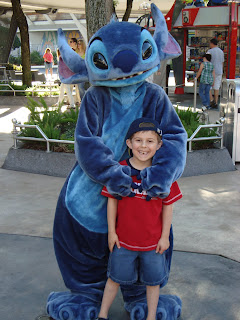 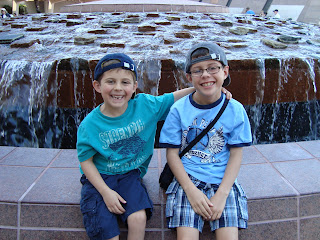 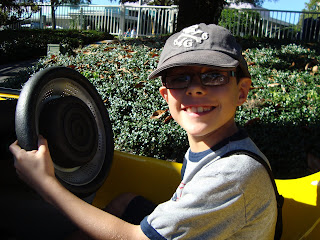 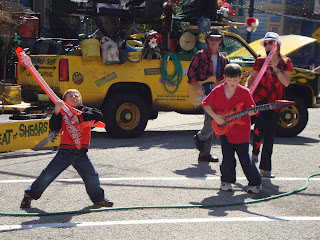 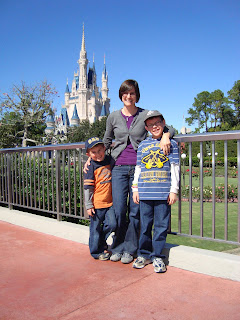 Fast forward to this past week, where the fantastic quickly turned to fiasco. Now I expected a certain amount of busy-ness upon returning from our week's vacation. There is always unpacking and laundry to be done, work to return to, schoolwork to catch up on, and travel fatigue to recover from. I was even quite happily accepting of a few extra responsibilities on my schedule for the week of our return: a doctor's appointment, parent-teacher interviews, and volunteering to supervise on a field trip with Will's class. It was the rest of what happened this week that left me wondering if someone was trying to play a ridiculous joke on us.

There was a demented cat who stuck to me like velcro for days and spent her nights howling disconsolately to make me aware that she was not happy about my week long abandonment of her. This same cat took it upon herself to barf up hairballs in the hall in the middle of the night (out of spite, of course), which meant that Will stepped in them when he got up in the dark at 5:30am, resulting in a highly unpleasant early-morning ruckus. There was the lovely surprise left in the school yard one morning by a negligent dog owner, which Noah absentmindedly walked through and which necessitated a thorough outdoor scrubbing and hosing of his shoe. There was Will's freak accident involving a bean bag and clapping in gym class, which ended with a grotesquely swollen and purple finger, a trip to the hospital emergency department, and a poor little taped up hand. There was a crazy couple of afternoons trying to track down a specific Christmas present for Noah after finding out that one I had ordered previously was not going to be available in time. Now add to all of that the fact that three out of the four of us have come down with a miserable cold this week. Noah was so congested this morning and his throat was so tight that he was convinced he was going to barf, which triggered gagging, the shakes, hyperventilating, and him telling me that he was going to have a nervous breakdown if he had to go to school. (Yes, we have a flair for the dramatic in our family!) I felt sorry for him and kept him home to calm him down, but he turned out to be fine, and went back to school after lunch. It has been a very long week, and universe, if you're listening, I think we've repaid whatever debt we owed for the fun we had while we were away!

My aunt Christina just returned home yesterday from a Florida vacation with her sweet little girl, Madeleine. Twenty minutes into their flight, Madeleine started exhibiting the symptoms of a bad ear infection and they had a challenging, tiring trip home. Coincidence? I think not. Beware the next time you go away on vacation, and brace yourself for the fallout upon your return! Personally, I'm keeping my fingers crossed for a quieter week ahead....
Posted by Lisa at 4:03 PM