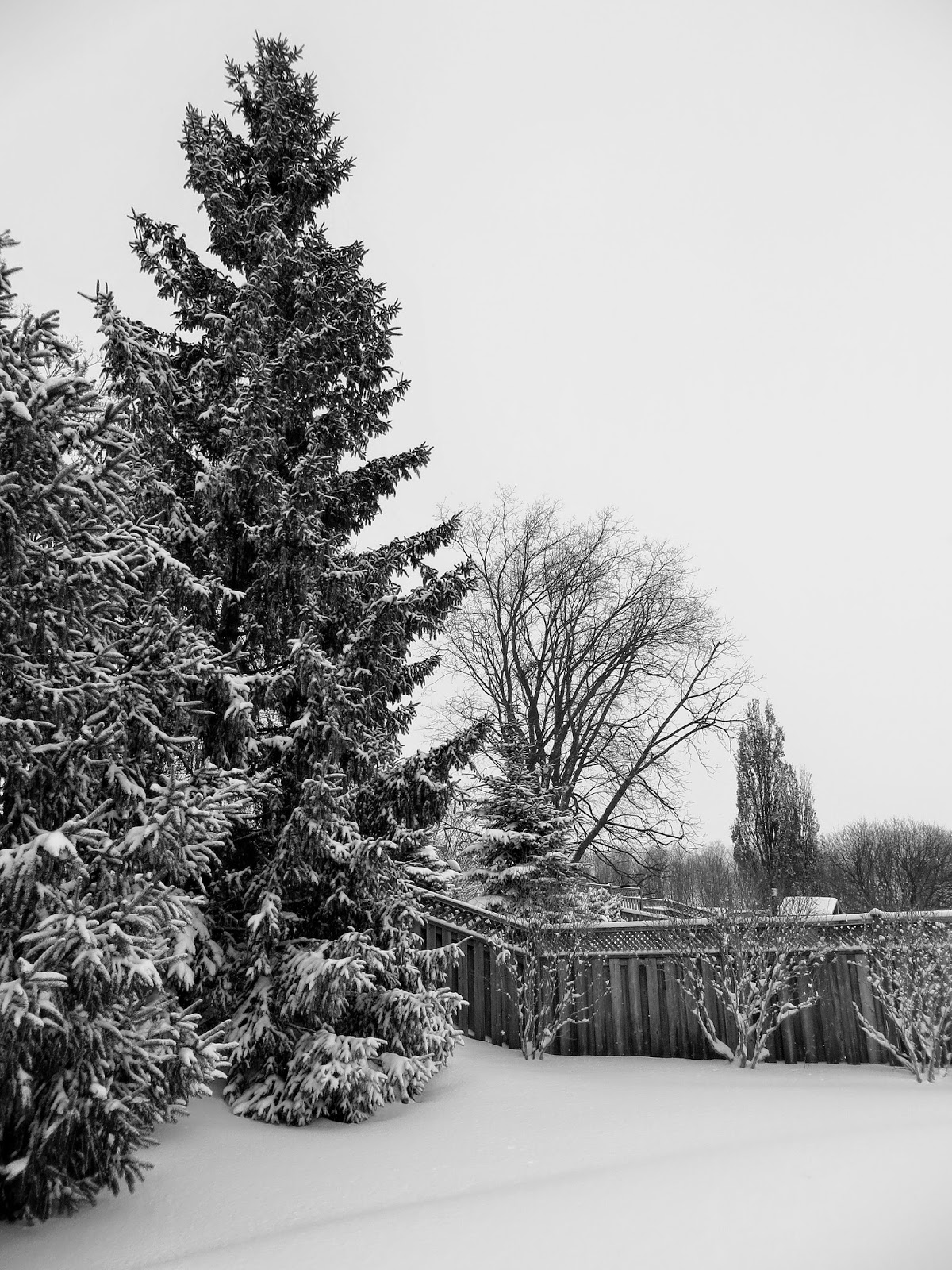 We've hit mid-winter, that time of year when it seems that it's been cold forever already and that it's still going to be cold for a long while yet.  It's easy to complain about the less pleasant aspects of the season: scraping ice off the car in the frigid air, bundling up in boots and coats and hats and gloves and scarves again and again and still never feeling quite warm, waking up in the dark every morning and wishing quite seriously that hibernation was an option.  But because complaining doesn't change anything as far as the weather goes, this time of year I'm trying instead to find warmth in the simple comforts of life that are best enjoyed in the winter.  There are many of these if we take a moment to look for them:

Donning skates and catching the sunbeams glistening over a frozen backyard pond while zipping around with friends and family on a crisp, clear Sunday afternoon.  Gladly accepting my husband's sweet offer to tie my skates for me so my already chapped hands don't need to be exposed to the winter winds.

Tucking into a warm bowl of not-too-spicy chili that's been bubbling gently on the stove all day, filling the house with its inviting aroma.  Sharing stories and ideas with family around the dinner table, so that hearts are nourished as well as bodies.

Squishing the whole family together on the couch to watch Master Chef Junior in pjs on dark evenings, a Tuesday ritual that we all look forward to not just for its entertainment value as a show, but for the creativity and lively conversation the talented young chefs inspire in us.

Catching a glimpse of the beautiful pair of cardinals who faithfully visit the tree outside our kitchen window each day, a vivid splash of red and a joyful burst of song in an otherwise white and quiet landscape.

Waking up to news of a snow day.  Slipping notes under the boys' doors in the dark early morning hours to tell them this news, and then waiting giddily for their exuberant reactions as they stumble out of bed and find them.  Enjoying banana chocolate chip pancakes together on a Monday morning, followed by shovelling and sledding amidst the piles of sparkling fresh snow.

Spending an hour or two curled up by the fireplace with a blanket, a steaming mug of tea, and a really good book, and not feeling guilty about the other things I "should" have been doing with that time.

Watching from the front window as my two boys leave to walk to school together, their colourful toques bobbing side by side at uneven heights as their feet crunch in tandem down the icy driveway. This was a sight I didn't even realize I was missing this year but was touched to see once again when Noah had last week off from his high school courses during exams and was headed to the same school as Will first thing in the morning.  These little, everyday rituals that I've taken for granted for so long seem precious suddenly, with the realization that soon they will simply disappear.

I think I'm able to appreciate these small winter pleasures so much more lately because I've gained some new perspective.  The early months of this season did not go at all the way I wanted them to, and while I struggled quite a lot with that at the time, now that I'm feeling better I recognize those circumstances allowed me to take a necessary pause and to do some important reflecting (and, quite honestly, some hard work on myself).  I guess it seems I was hibernating, but only by external appearances; my mind has been anything but asleep in these weeks that I've been quiet.

Among other things, I've thought a great deal about this blog recently.  After leaving its pages blank for such a long time, I've wondered if maybe this was one of the things I should let go of, whether writing these stories and sharing them is still a worthwhile pursuit and something that makes me happy.  I've decided that it still is. I've missed the creative processes involved in crafting new posts on a regular basis, and just as importantly, I've missed the connection to others that comes from sharing my ideas and feelings here. It's been really nice to receive kind messages from friends and readers in recent weeks who were wondering where I've been and why I haven't written anything in awhile.

If you're still here, I'm so glad -- thank you for sticking around.  Let's brave together whatever the rest of this winter brings, and continue to find happiness in this season's uniquely wonderful moments.