I realized today that it is already almost the end of July. I haven't thought much about what week or day or time it is lately, which is a real departure from my usual way of living, and therefore a sign that summer so far has been everything I like it to be.

We've been making the most of the long, sunny days over the past month, filling them with family and the kind of fun that only the warm summer months can provide.  Matt and the boys and I had an incredibly good time at the cottage on St. Joseph Island where we stayed for almost two weeks, close to our home town of Sault Ste. Marie. My extended family came to spend a weekend with us there, and we hung out all together in the fresh air, swimming and kayaking, creating giant bubbles with wands my sister-in-law Meg made, collecting and skipping rocks, eating, talking and catching up, playing cards, setting off sparklers under the dark evening sky (and being eating alive by mosquitoes!). This new tradition of a big family gathering at the cottage has quickly become one of my most favourite times of the year; being with the people dearest to me in such a beautiful natural environment happily fills up the part of me that really misses all of this the rest of the year. 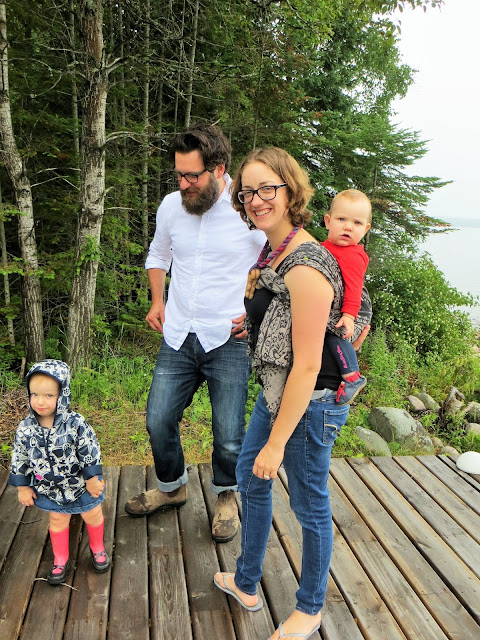 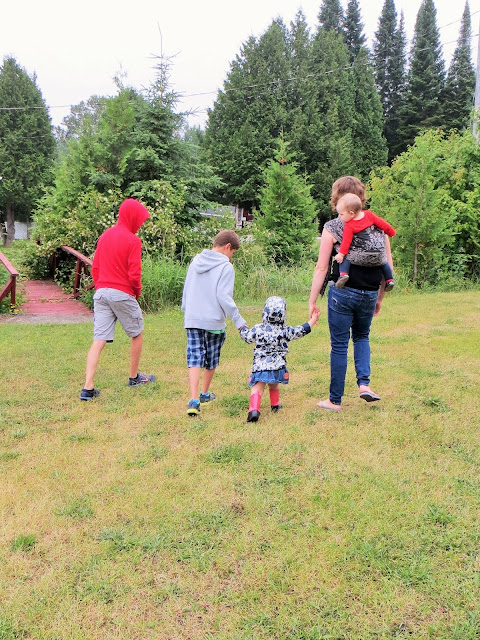 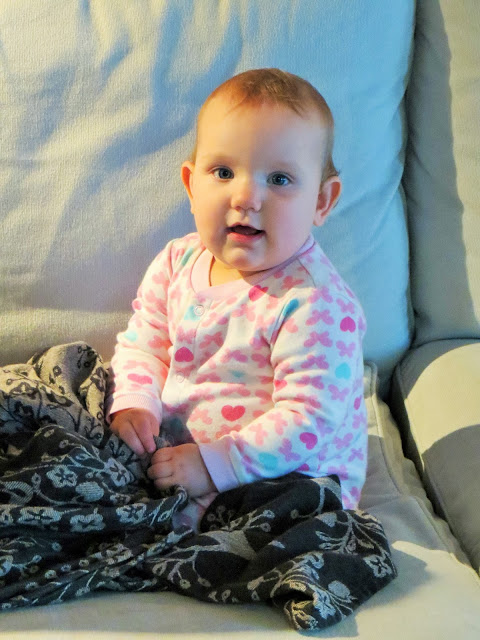 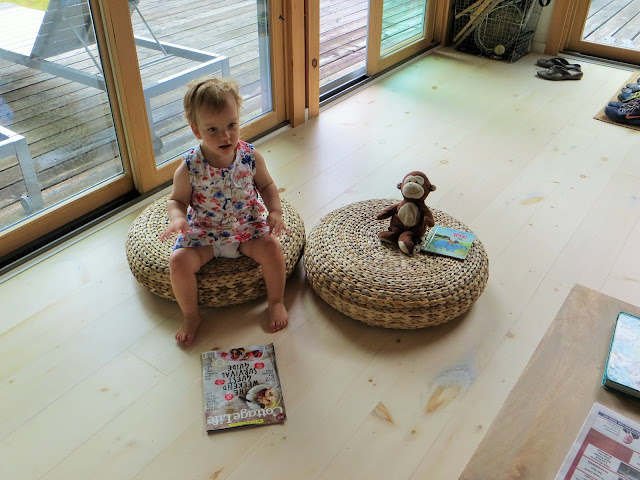 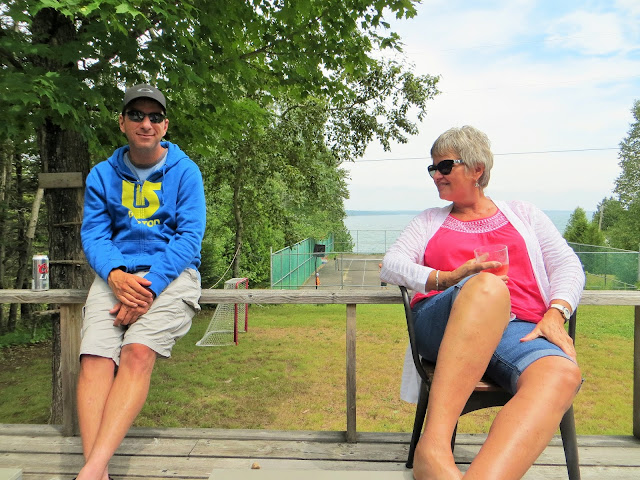 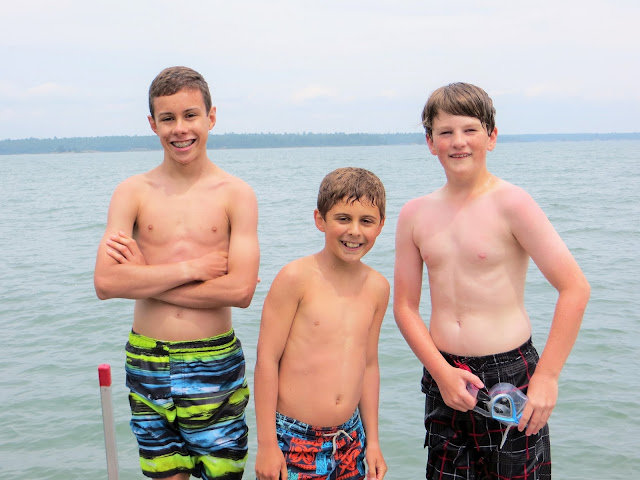 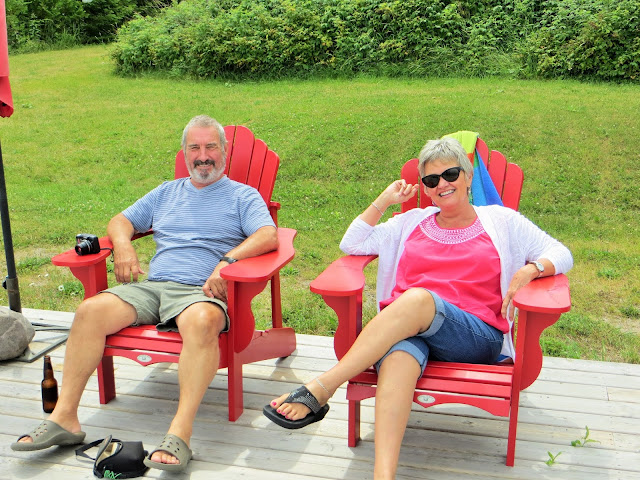 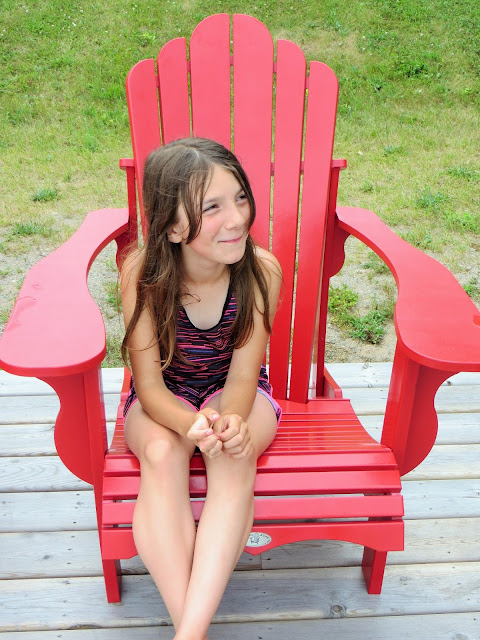 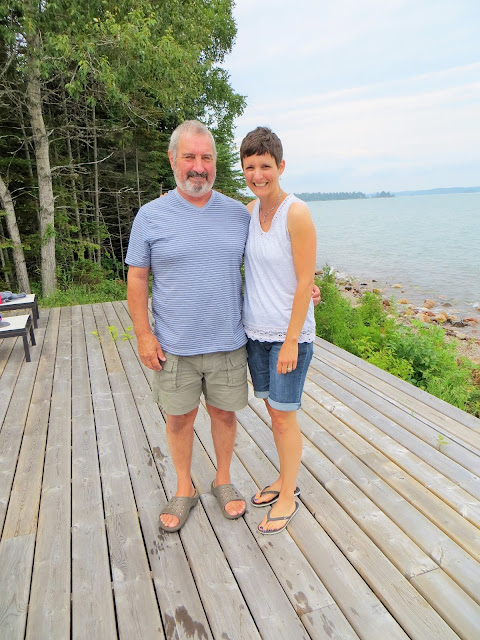 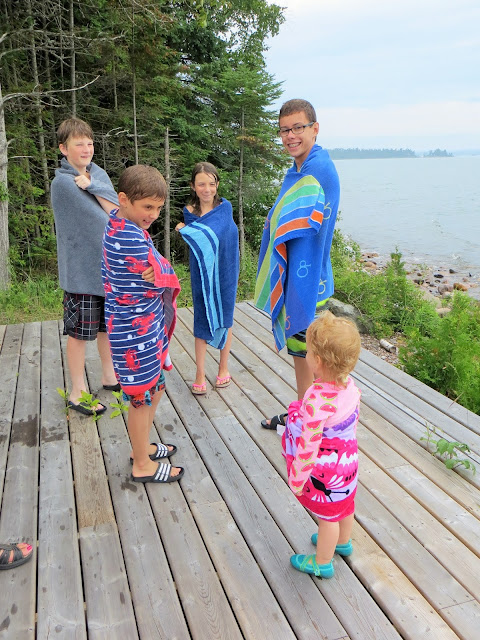 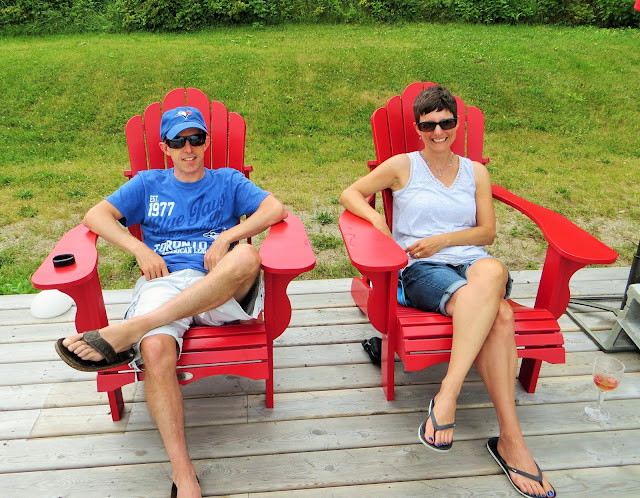 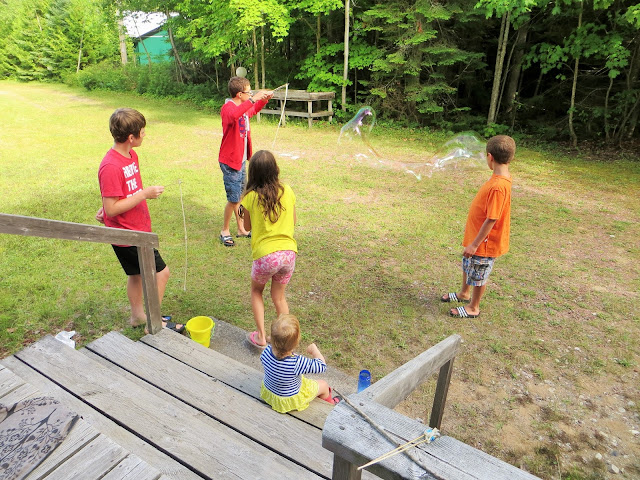 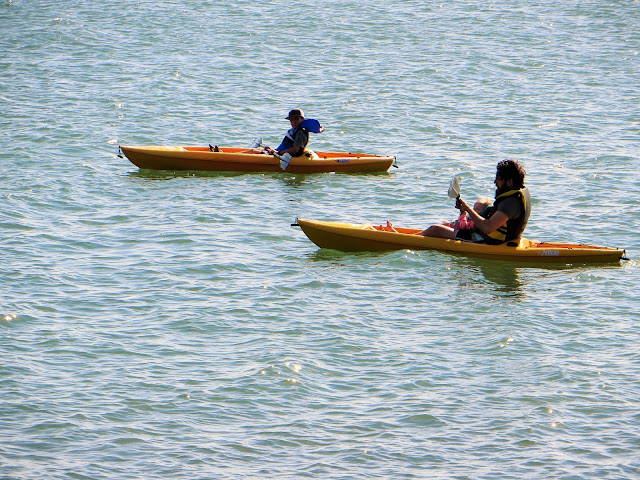 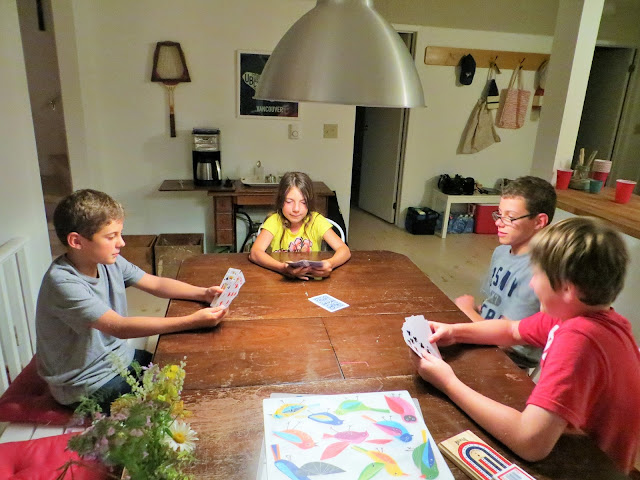 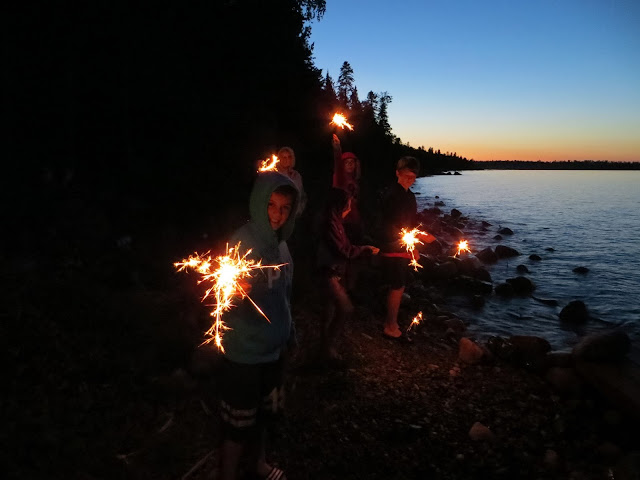 We've been back home now for several days, and we're appreciating the simple joys of summer close to home: trips to the farmers' market or picking fresh foods from our own gardens in the morning... 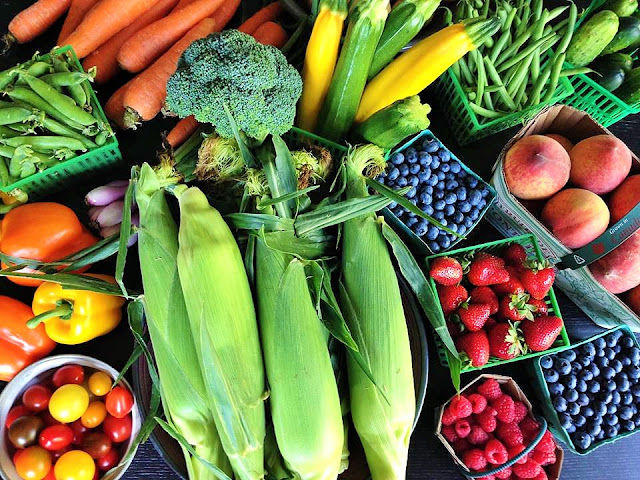 ... and afternoons spent floating peacefully or playing lively games in the pool, reading, preparing delicious meals together as a family, and sometimes being silly. If we start to feel bored because our minds or bodies are idle for too long, we tackle projects we don't usually have time to work on during the busier months of the year. Noah's been trying to use pool noodles in such a way that he can walk on water 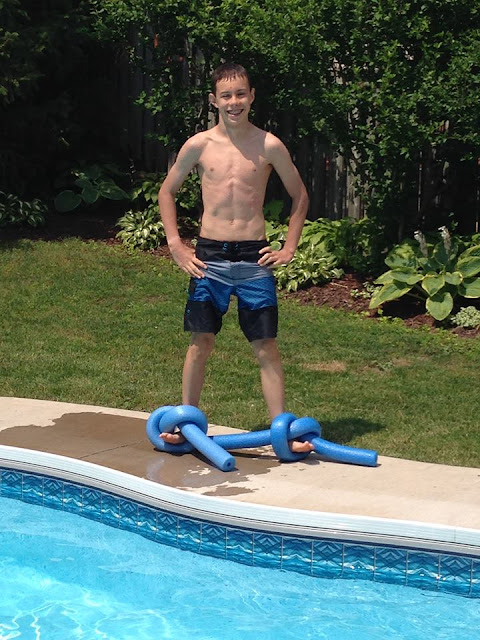 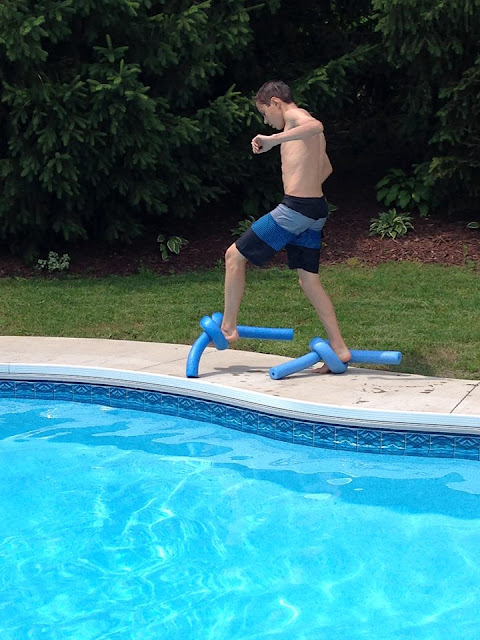 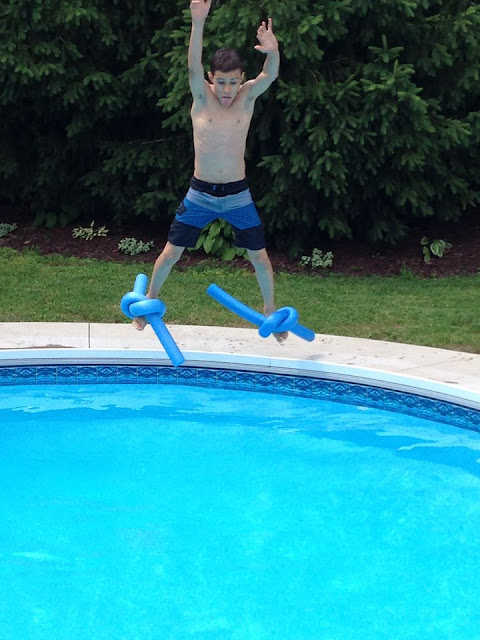 and the other day the boys built a roving device out of Lego Mindstorms EV3 that they can control from Will's iPad. They attached Noah's GoPro to it and drove it around the house, watching what the camera was recording on Noah's phone screen.  The constantly moving device caught the attention of the ever-curious Iris, who started following the moving camera everywhere, and we were all in hysterics watching her close-up furry face on the phone screen as she trotted behind the rover.

Matt and I have tackled a kitchen project, inspired by how much we enjoyed having ample space in which to prepare food together while we were at the cottage.  Our own kitchen is impossibly short on counter space and storage (we are forever crashing into each other as we try to reach crowded cupboards or find things in the one kitchen drawer!) and we've been tossing around some affordable options for dealing with the situation for awhile. On the weekend, I declared in a fit of kitchen rage that I could not make one more meal in that space the way it was, so we picked up an island at IKEA, and set it up in the eat-in area where we used to have a small table and chairs. (We've outgrown that table now that we have a long-legged teenager and a fidgety tween, anyway, so we're moving meals to the dining room from now on.) It's taking a bit of time to figure out the new arrangement (and moving things to the island has resulted in an entire clean-out and reorganization of every cupboard and drawer in the kitchen, dining room, and basement pantry!), but I'm already glad for the extra counter space, storage, and fun seating on stools that the island is providing. 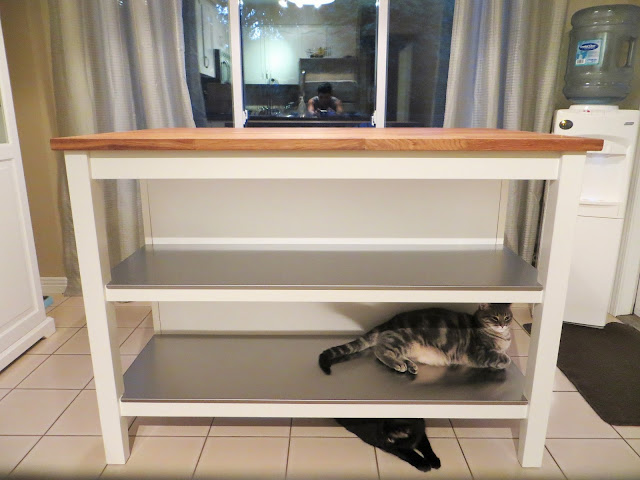 Poppy and Iris thought we set up the island for them. 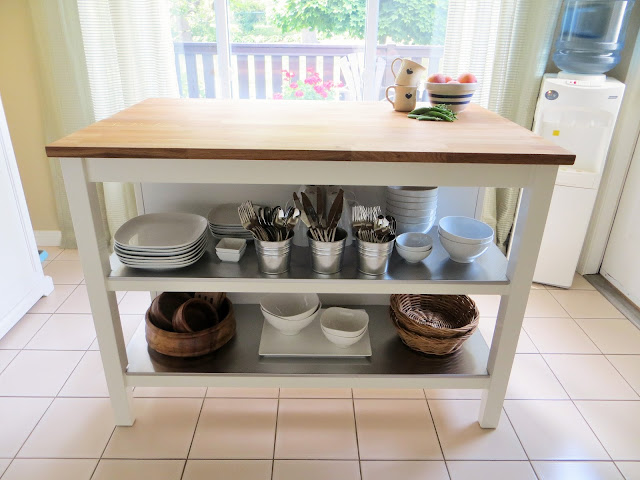 Unfortunately for them, I had other ideas.

I am really glad that there is still a whole other month of summer for us to enjoy.  I definitely plan to make the most of it, too.
Posted by Lisa at 4:50 PM