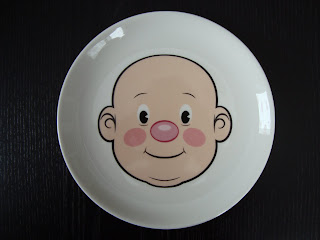 I'm not usually one to encourage my two boys to toy with their food. Honestly, it's hard enough getting them to stop talking long enough to eat something; they really don't need any additional distractions at the table! When I saw these Fred food face plates, though, I just couldn't resist getting them for Noah and Will. They're a simple but highly entertaining idea that has provided the boys with oodles of creative mealtime fun.

Since Fred arrived, the boys have been busy making moustaches out of green beans, wild hair out of noodles, and glasses out of grapes. Their works of art make everyone at the table smile: 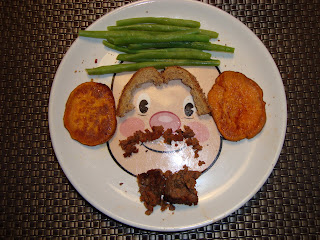 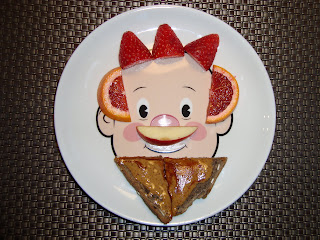 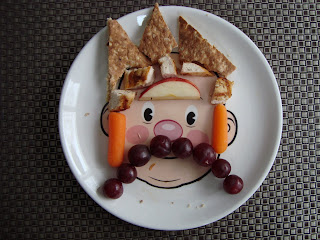 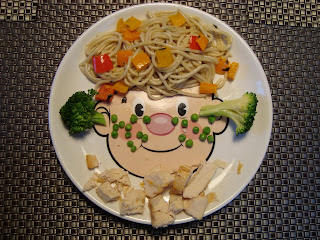 I worried at first that having these plates would make meals that already last painfully long even longer, but Fred has actually had the opposite effect on the boys' eating habits. They start choosing things to eat immediately when they sit down at the table, because they want to have the space and just the right items left for making their next food masterpiece. As an added bonus, Fred has encouraged Will to try foods he previously wouldn't touch -- he actually ate a piece of broccoli last night after asking for a couple of stems to use for Fred's ears! (Noah is still not quite that adventurous. Fred's going to keep trying, though.)

If you think you'd like to invite Fred to your family's table and see what imaginative fun your children can have with food, the food face plates are available in Canada at Mastermind Toys (http://www.mastermindtoys.com). If you're in the U.S., Amazon.com carries both a boy and a girl version of the plate (http://www.amazon.com). Once your young ones have had a chance to try their hand at food art, I bet your whole family will have a hard time keeping a straight face in the kitchen.
Posted by Lisa at 8:53 AM