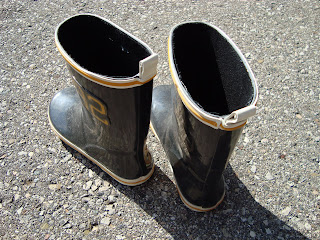 The boys and I were out running some errands this morning, and in each of two separate parking lots I noticed a simple but significant detail that put a smile on my face.

While heading back out to our car from a store, I noticed a small boy, about five years old, walking with his siblings and a woman who appeared to be his grandmother. He was dressed in what you would expect a child to be wearing on a warm, sunny day: shorts, a t-shirt, a pair of sandals well-worn from months of carefree play outdoors. There was one exception though. Over his t-shirt, the boy was wearing a pressed, new-looking black suit jacket. It fit him perfectly and seemed to fit his mood perfectly, too; he walked with purpose and a confident smile, completely unaware that his fancy jacket seemed to most observers to be completely out of place.

In the next parking lot, I saw another little boy who was probably about two years old walking with his family. This spunky little fellow was also sporting shorts and a t-shirt, along with a pair of muddy green rain boots designed to look like frogs. There was not a cloud in the sky (and definitely no sign of rain), but it was clear that the boots had been the boy's preferred choice of footwear for the day, and the spring in his step told me they were making him feel happy.

At some point this morning, the grown-ups responsible for these two boys probably made a choice to just let these out-of-the-ordinary fashion choices go, to not concern themselves with making their boys change for the sake of appearance, to let them have a say in who they felt like being at that moment. I've found myself there, too, almost every afternoon this summer when Will put his t-shirt on inside out and backwards after swimming and left it that way for the rest of the day, no matter what else we had planned. As a parent who admits that she might be a teensy bit of a control freak, I know that sometimes it's hard to just let our kids do things that we think (or think others will think) are odd. I like to remember though, that while it's important for me to teach my children right from wrong in the many life situations where it matters, it's also important for my children to find their own way, to explore, when it's safe, what feels right to them.

There might come a day, soon, when that boy in the suit jacket looks around at the peers who will come to influence his self-impressions and decides that he needs to lose his unique sense of style to fit in more with the other kids around him. Maybe the boy in the rain boots will come to forget how much he loves frogs and jumping in puddles just like them, because the "cool kids" who only wear shoes will mock him for his "silly" choice. Perhaps, though, because these two young boys were given opportunities like this morning to express themselves, they just might have the self-confidence to realize that it doesn't always have to matter what other people think.

Hats (and suit jackets and rain boots!) off to the children of the world who are proudly discovering who they really are, and to the grown-ups in their lives who are giving them some breathing room to do so. 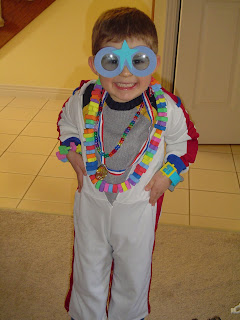