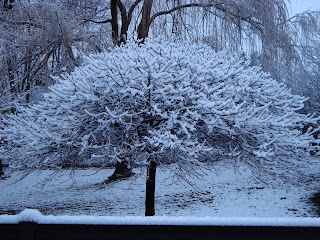 I woke up this morning to the sight of a beautiful white blanket of snow draped delicately over the branches of the trees in our yard.  Every winter, when this first real snow falls, I feel uplifted, hopeful, inspired.  The glistening snowflakes fill the void in the landscape left by the departed leaves and flowers and seem rich with the promise of something new.  I love how the first snow suddenly makes the world seem filled with light.

I had an experience this weekend that left me similarly heartened, when I went to cheer on Noah and his school team at the First Lego League Tournament at the University of Waterloo.  For the past three months, this wonderful group of grade 5 and 6 students (and their devoted teachers, coaches, and mentors) have been working diligently and cooperatively to come up with an innovative solution to a food safety issue of their choosing, and to design, build, and program a Lego robot that is able to perform certain tasks.  Noah's team researched the problem of listeria contamination on canteloupes, and proposed a plan to use an emulsifed oil of oregano solution during canteloupe irrigation to prevent the growth of harmful microbes.  They spent many hours of their lunch breaks, after school, and on weekends working and reworking their Lego robot and practising their very creative presentation.  As we parents watched them perform at the competition (where they were judged not only for their ideas, their project, and their competence in the robot games, but also for core values like working cooperatively and encouraging others), we were all filled with pride for these remarkable young people who conducted themselves so maturely and demonstrated such good teamwork and sportsmanship. 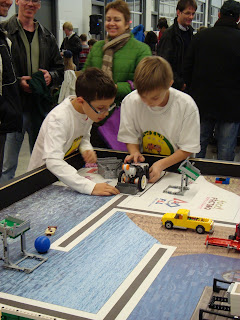 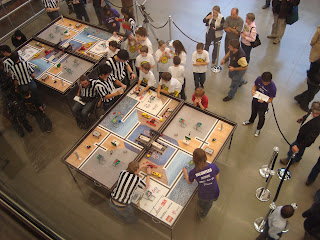 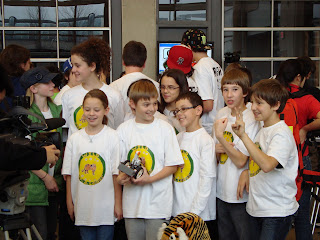 The competition site was bustling with 26 different teams and their supporters, and it was impossible not to be awed by the energy contained within the building's walls.  To see so many young people committed to working together to learn new things and to solve real world issues was impressive, to say the least. In a time when young people in general are often criticized for being unmotivated, entitled, inactive, or rude, these students demonstrated that there is great promise for the future.  One day they will grow up and use their drive, their concern, their enthusiasm, and their excellent ideas to make a real difference in the world around them.

A very thrilled Noah and his team placed third overall in the Lego tournament, and they will be travelling to the provincial competition in Oshawa, Ontario in January.  I look forward to having another opportunity to cheer for him and his team, and to be in the company of so many other amazing young people who, like the snow this morning, make the world seem that much brighter. 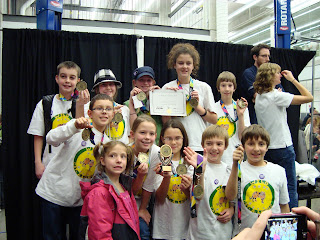