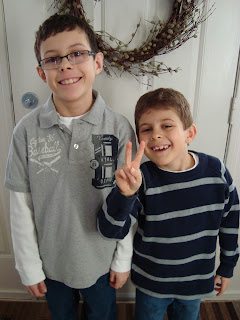 Last evening I spent a long time lovingly preparing what I thought was a delicious dinner for my family.  (It was a healthy shepherd's pie made with turkey and lots of veggies, and I'll post the recipe sometime soon because if you live with reasonable people who don't think dishes with food groups mixed together are "disgusting", then your family will probably love it!)  When I placed the boys' plates in front of them, there began a solid hour of drama that would have made Martin Scorcese proud.  Noah groaned at regular intervals like a wounded animal, and slumped all over his chair like a rag doll, and Will first cheerfully ignored his dinner for 30 minutes, and then, when he realized he wasn't escaping the meal unscathed,  began wailing hysterically at a bazillion decibal level, "HOW many BITES do I HAVE to EAT????".

I tried my best to ignore all of this ridiculousness, to just enjoy my own meal and engage in pleasant conversation with my dear husband (who did, in fact, very much enjoy the shepherd's pie!).  I was successful for about 45 minutes, and then, in one of my not-so-proud parenting moments, I lost it, and got really angry at the boys, and told them, among other things, that they were selfish and rude.  I complained that I had put a lot of effort into the evening meal, and that it would be nice if they could think about someone other than themselves for a change.  I also sarcastically thanked them for ruining my night (because I, too, have a flair for the dramatic).

Once the boys were released from their torturous dinner table prison, the two of them, of their own initiative (because I wasn't speaking to them at that point), started gathering up a bunch of red, white, and pink craft supplies.  For the next hour and a half, they worked quietly and diligently at creating these beautiful Valentines to mail to their great-grandmas... 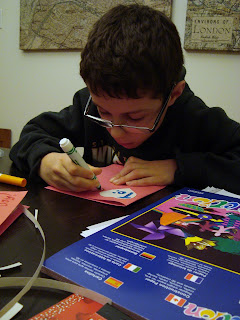 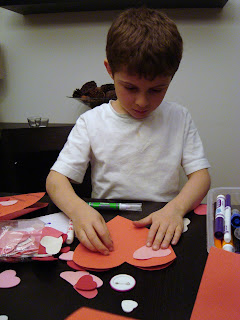 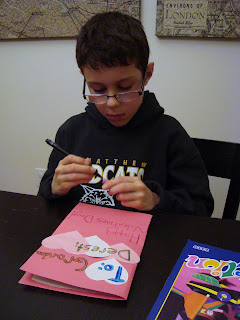 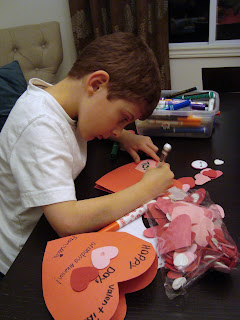 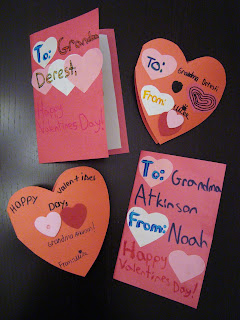 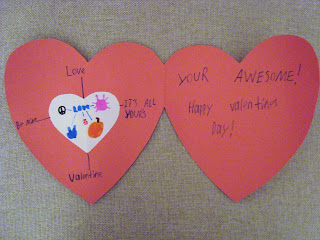 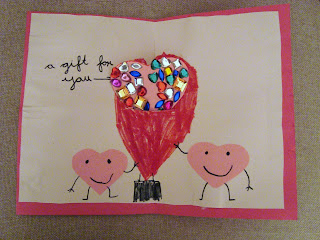 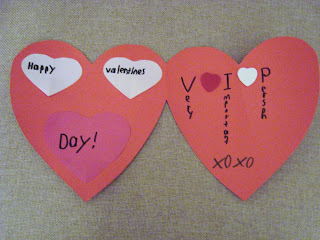 ...and made a complete liar out of me.  Darn those wonderful boys.