June, in a nutshell

Well, hello there!  I feel like I've been away from this place for too long (although maybe your June has been as ridiculously busy as mine has, and you hadn't actually noticed my absence.)  I've been amazed the past couple of days at how different everything suddenly feels now that all of our usual activities have ended for awhile; I feel much noticeably less like I'm about to board one of those crazy, endlessly spinning carnival rides for the gazillionth time in a row, and much more like I'm spending a few months at a vacation resort (although the resort is my own backyard and I still have to cook).  I hands-down prefer the latter!

The problem with not writing for such a long time is that it seems to make writing harder.  I never know just how to start, or what parts of our very full month to write about.  But because it's summer holidays now, I'm going to stop overthinking it and just jump right into a June highlights post.  What follows are some of the more interesting, funny, or exciting parts of the past several weeks in our little world!

Noah experienced a great sense of personal accomplishment this past month in the many athletic endeavours he pursued.  He participated in a track and field meet, two cross-country meets, and three different swim meets, and in each event, he pushed himself to do his very best and had some exciting finishes.  The high point for him was the day he completed the TriGator triathlon, an event that he has looked forward to each June for the past three years and always works hard to prepare for.  Though the course distances were longer this year because he had moved up an age category, Noah channeled his nervous energy in a very positive way and tackled the 150m swim, 7.5km bike, and 2km run with great enthusiasm and determination.  I was so incredibly proud of him as I watched him propel himself through each leg of the course and on to a strong finish; it's really wonderful seeing your child work hard for a goal of his own choosing, and then bask in the glow of his own success. 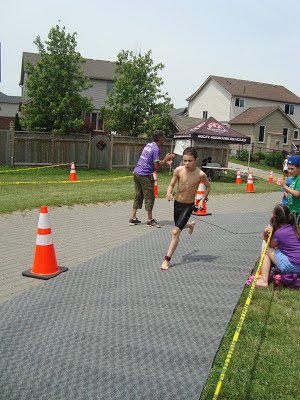 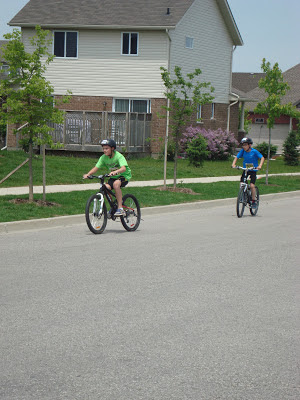 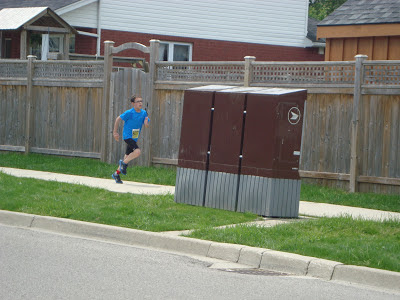 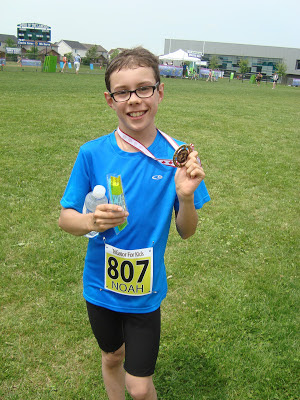 I'm finding it hard to believe that Noah has finished grade 6 already, and will next year be entering the senior grades at school.  I have already felt him being pulled in more directions by his friends, by his personal interests and activities, by his desire to be more and more his own person in recent months, and it makes me both excited for him and a little bit sad for the changes that will inevitably lead him further from our little family as time goes on.  I'm really glad for these summer months, which will give him and me opportunities to spend more meaningful time together and to figure out the intricacies of a new kind of relationship between us. (I'm also looking forward to having him teach me more about all of the technology stuff he finds so fascinating!)

Will, over the past month, has been doing what he usually does:  amazing us and making us smile in innumerable new ways.  One morning he asked me over breakfast, "If I have twenty colours to pick from, and I can use any number from one to eight colours to dye an object, how many possibilities is that?".  I thought about that for about half a second before I realized I would not ever in a million years remember how to figure that out on my own, and then I promised him I would find a way for him to discover the answer he so badly wanted.  While he was at school, I went to an online community I belong to and asked if anyone could jog my memory about permutations and combinations (information long ago learned in an advanced senior high school math class), and luckily, several people were able to point me to a complex calculation method that would result in a correct answer.  That evening, Will and I sat down at the dining room table with twenty crayons, paper, pencils, his calculator, and my carefully thought-out explanations, and then he completely blew me away by not only showing me he understood everything I taught him by answering all of my questions on the concept of factorials, but by also completing all of the multi-step calculations on his own and coming up with a final answer!  (I learned afterwards, hilariously enough, that he wanted to figure this out so that he could prove Noah wrong about something on Minecraft!)  It's pretty awe-inspiring and humbling to realize that your nine year old child can do math you learned in your late teenage years.  (If you ever need to know how many possibilities you have for dyeing something using multiple colours, Will is now your man!)

Will has warmed my heart several times in the past month when I've seen how he seems to endear himself to people everywhere he goes.  At the swim club, he has taken to spending time with the teenaged and early 20-something coaches once his practice is finished; he chats with them about interesting things, and entertains them to no end with the impressive dance numbers he performs on deck to the music that plays during the women's water fitness class.  These coaches seem to love him and his antics, so much so that they're talking about making him a mascot for meets next year to drum up team spirit.  Even complete strangers seem taken with Will -- one recent afternoon, he and I were walking up the hill after school and a group of young teenaged girls noticed his grinning face.  They started sweetly asking him his name, telling him he was so cute, and declaring that if he were in high school, they would be his girlfriend.  (Will found this attention to be quite embarrassing!)   Will seems to have a powerful combination of brains and charisma (demonstrated again this past week when he and his friend Owen impressed parents in their polished role of "professors" while teaching an engaging lesson on photosynthesis in his school's "So You Think You're Smarter Than a Third Grader" exhibit).  I think we're going to have to keep our eye on this one....  ;)

In addition to keeping up with the boys and all of their activities, I've been snatching moments of time to tend to our gardens, and I'm finding it so exciting to watch the progress of the vegetables, especially.  Yesterday we ate salad with greens and radishes we grew ourselves; the tomato plants have gone bonkers in recent days, and the pepper plants (which I'm growing for the first time) are already loaded with large green fruit.  I'm so glad I have more time now to enjoy these and all of the other simple pleasures of summer. 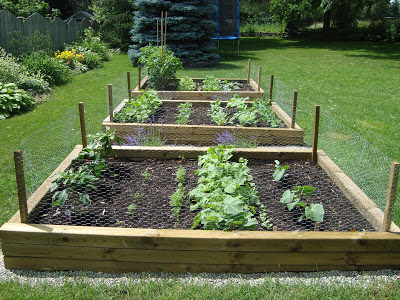 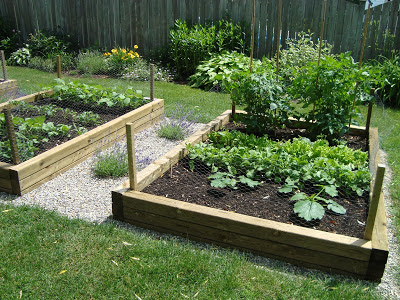 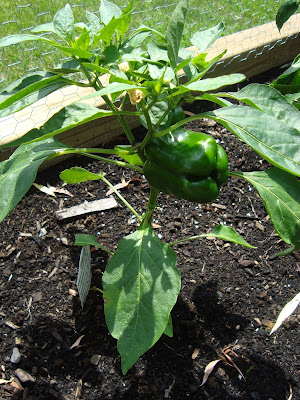 Happy long weekend, everyone!  May the warm months ahead be filled with the things that make all of our hearts happy:  sunshine, relaxation, and fun times with family and friends.  xo