Late yesterday afternoon we returned home after a few wonderful days spent visiting a dear old friend of mine and her family at their summer cottage.   We hadn't seen these friends since last summer, but the moment we arrived, we all just picked up exactly where we left off all those months ago.  The four boys immediately ran off together to have adventures:  they played various sports and games like tennis and dodge ball, went swimming, made action-packed movies they starred in themselves, learned how to play the board game Settlers of Catan and became completely hooked on it, tried waterskiing and tubing, caught giant toads, skipped stones on the water, and made s'mores.  The grown ups enjoyed catching up on all of the stories of our lives (lived in cities very far apart from one another) over the past year, while savouring some relaxed dinners and drinks at a patio table with a beautiful view of the lake we all grew up knowing, and while watching our kids have so much fun together. 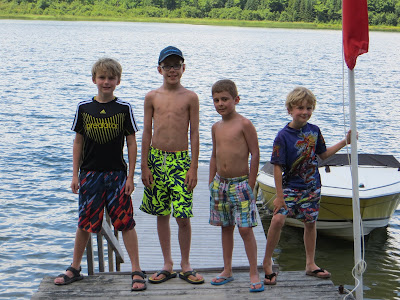 Matt and the boys and I were all so glad for the time we spent with our friends, despite the fact that the weather did not cooperate very well.  The heavy rain that came and went actually kept both families fascinated one evening; as we watched a storm roll in off the lake, we were mesmerized by the streaks of lightning that zigzagged across the darkening sky, and lulled by the sounds of the heavy downpour that ricocheted rhythmically on the rocky shore.  Little did we know that less than twenty-four hours later, a much more vicious storm would wreak havoc on our home while it waited quietly for us to return.

This is what we discovered when we arrived home yesterday: 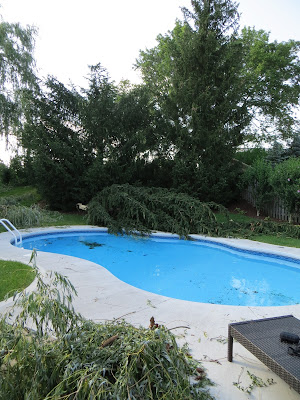 The evergreen tree on the left used to stand as tall as its twin.  The wind tore it right in two. 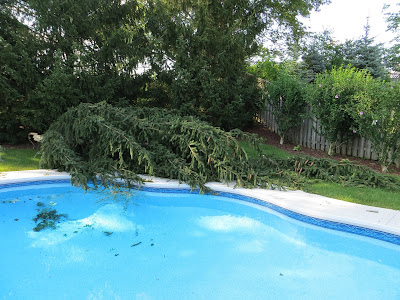 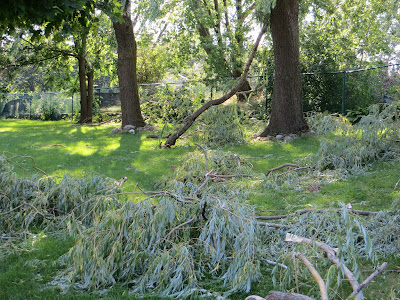 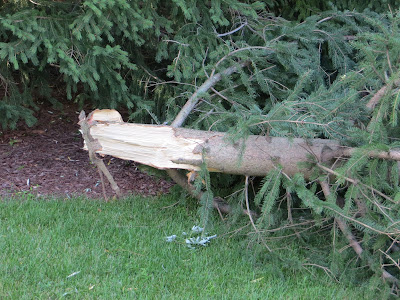 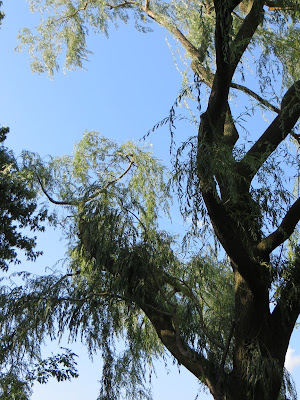 This used to be a majestic, whole willow tree.  Sadly, more of it will have to be removed now as there are several broken large limbs way up high. 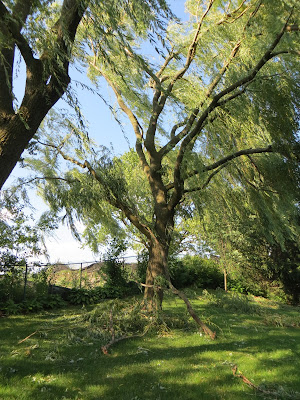 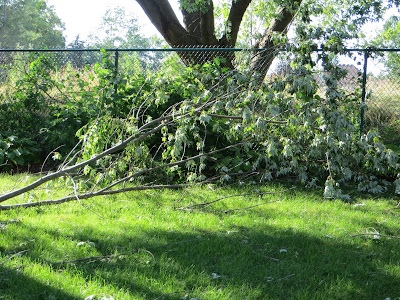 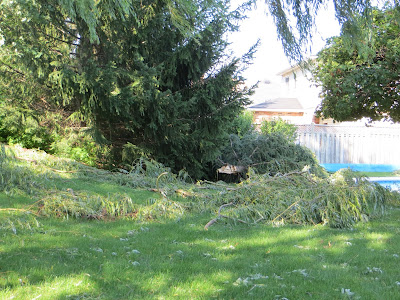 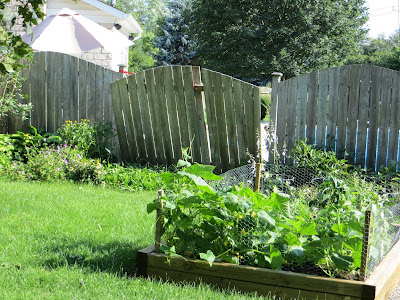 This fallen section of fence completely flattened a whole area of our flower garden. 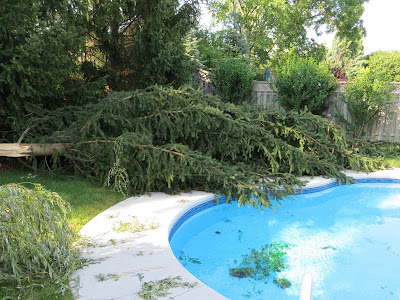 Thankfully the fallen half of the tree just missed the pool. 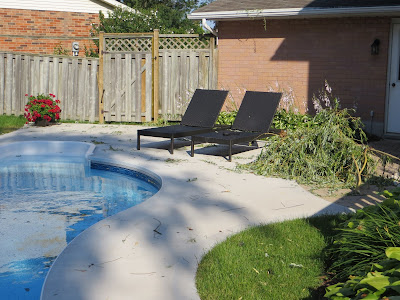 Notice the lopsided fence section to the left of the gate -- it was also torn right off by the wind.

Despite the fact that friends of ours had been in touch with us the night before to let us know what had happened in our yard, it was still quite shocking to drive onto our street.  Almost every home had enormous piles of debris from trees piled in the front yard and spilling out onto the road; there were neighbours gathered in clusters, sharing stories and recommendations for tree and fence companies, and the buzz of chainsaws could be heard coming from all directions.  A neighbour told me that the storm had come on suddenly and violently, and that the damage had been done in a span of only five minutes.  I can't imagine how terrifying it would have been to have been home during it. 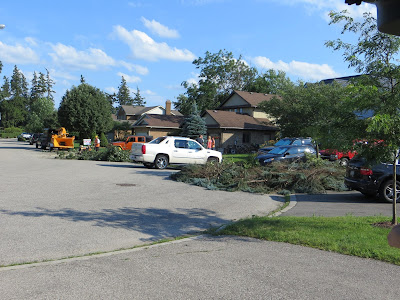 We have many, many things to be grateful for in this scary situation.  Our neighbours and friends all stayed safe, our house and pool were unharmed, and we were on the receiving end of several acts of kindness from good people who checked on our house, propped up our blown-down sections of fence with wood until we could get home, and loaned us chainsaws and some helping hands to get our yard cleaned up today.  I'd be lying though, if I didn't say I was a little heartbroken over the irreparable damage done to some of our gentle giants, those beautiful trees that have provided shelter for so many little critters and given our family a shady place to rest and to play and a great sense of peace over the years that we've lived here.   It feels a little like losing some dear old friends.
Posted by Lisa at 5:00 PM