I sit across the restaurant table from Will, watching him curiously as he draws intricate little symbols in green crayon on his paper placemat.  He is quiet, and focused, and each tiny line or dot he creates is done with great precision.

"I'm writing my name in Chinese," he responds matter-of-factly, as if writing his name in Chinese were the most predictable thing in the world for an English-speaking boy who has never had Chinese lessons to be doing with a paper placemat.

His answer is unexpected, but the discovery of Will's newest skill really comes as no surprise to me at all. He looked this information up on the internet one day at school during computer time and memorized it, he tells me, because he could and it seemed like an interesting thing to do.  And now that he's opened a door just a crack and caught a glimpse of a whole new world of learning possibilities just waiting to be explored, he has a burning desire to study the Chinese language in great depth, in both written and oral forms, for no reason other than the fact that he finds it fascinating.  He is very serious about this, he says, as he pleads with me in earnest to help him find out how he can achieve his latest goal.

This week it's Chinese lessons (he's carrying around a computer print-out of some common English words with their Mandarin equivalents in his backpack as I write this); other weeks and months and years there have been similar passionate requests involving a million other pursuits that have sparked Will's curiosity.  In the past month alone, I've found him online tutorials for learning computer programming basics, facilitated the purchase of 5,462,391 more Rainbow Loom elastics, and watched him perform an energetic demonstration of his version of Irish dancing (complete with humming of Irish-themed music) as an argument for why he should be able to take more dance lessons next year.  A few weeks ago he came home with some old math contests that his teachers had given him as practice for writing this year's grade 4 Math Leagues one.  He devoured those practice contests hungrily in the evenings, pushing through the immense frustration he felt when he encountered questions he couldn't solve, because he loved the challenge so much and needed to know the right answers. (Yesterday we found out that his score on the actual contest, which he wrote last week, earned him a tie for first place in the school board!)  What goes on in Will's mind is mysterious and amazing to me.

If you take a look in Will's bedroom, which I try to let him keep how he likes it, the labyrinth-like activity of his brain becomes obvious in the random objects that spill into each other on every available surface. There is a homemade kaleidoscope, a book about Minecraft, a geode waiting to be cracked open with a hammer, a recorder, a bird made out of tinfoil, stock advisor newsletters, notes scribbled on paper, Lego men wading in a pool of sticky pink putty.  Will moves from one project to the next, never tidying up anything in between because a) why would he waste time on such ridiculously boring nonsense as cleaning? and b) inspiration could strike at any moment and he needs to have all of his resources easily available to him. The incredible thing is that even while he's in the midst of all of this: 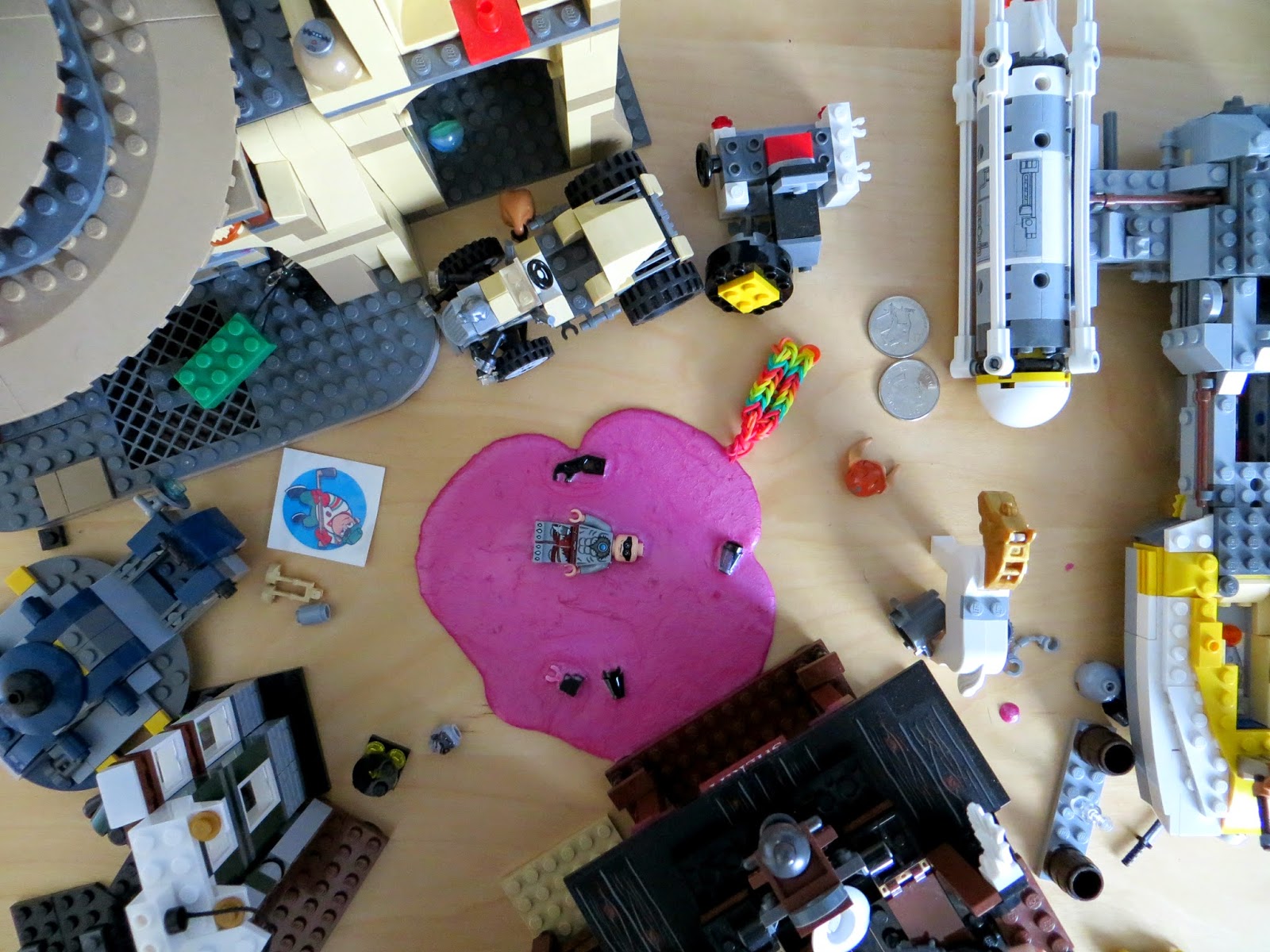 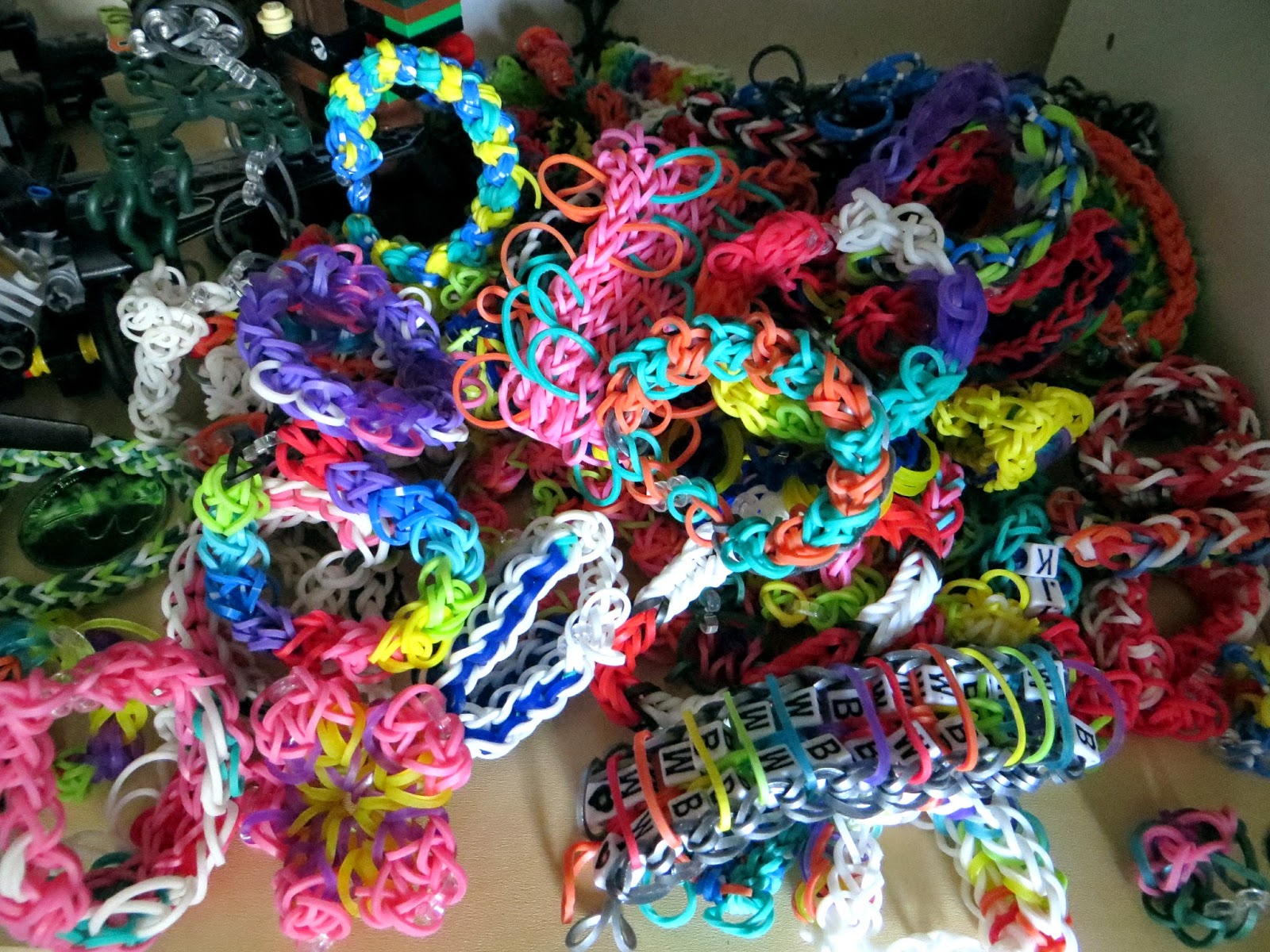 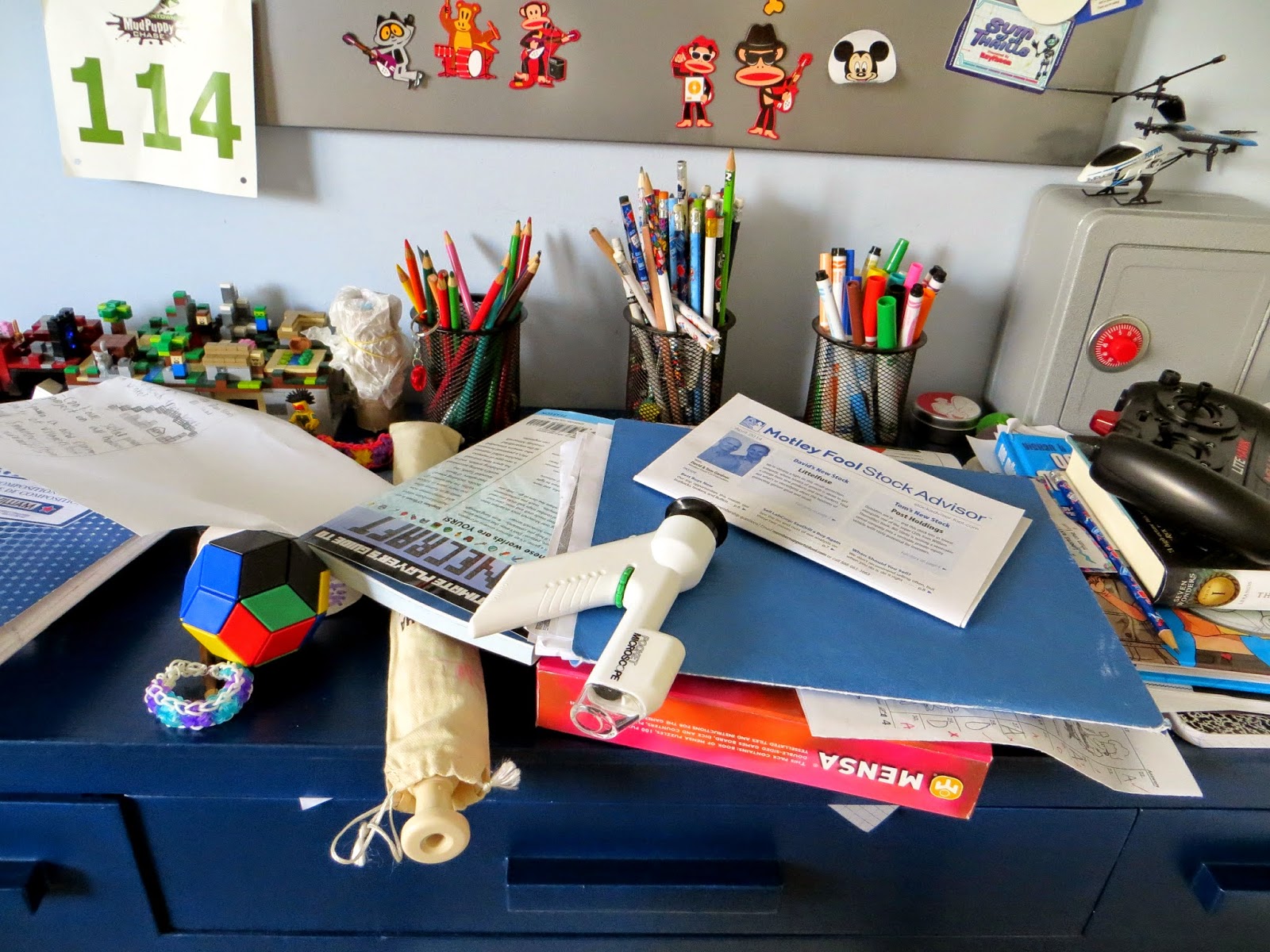 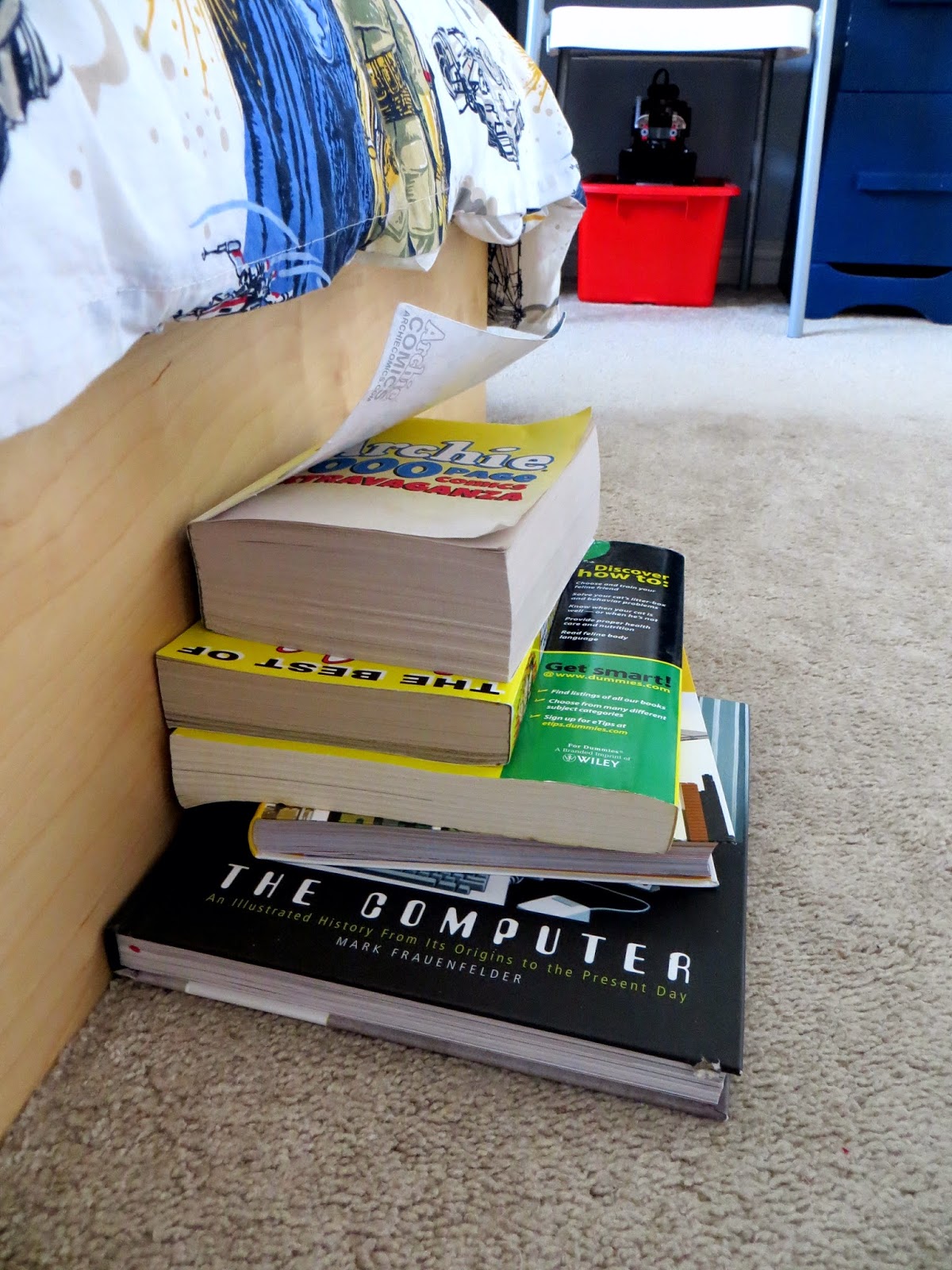 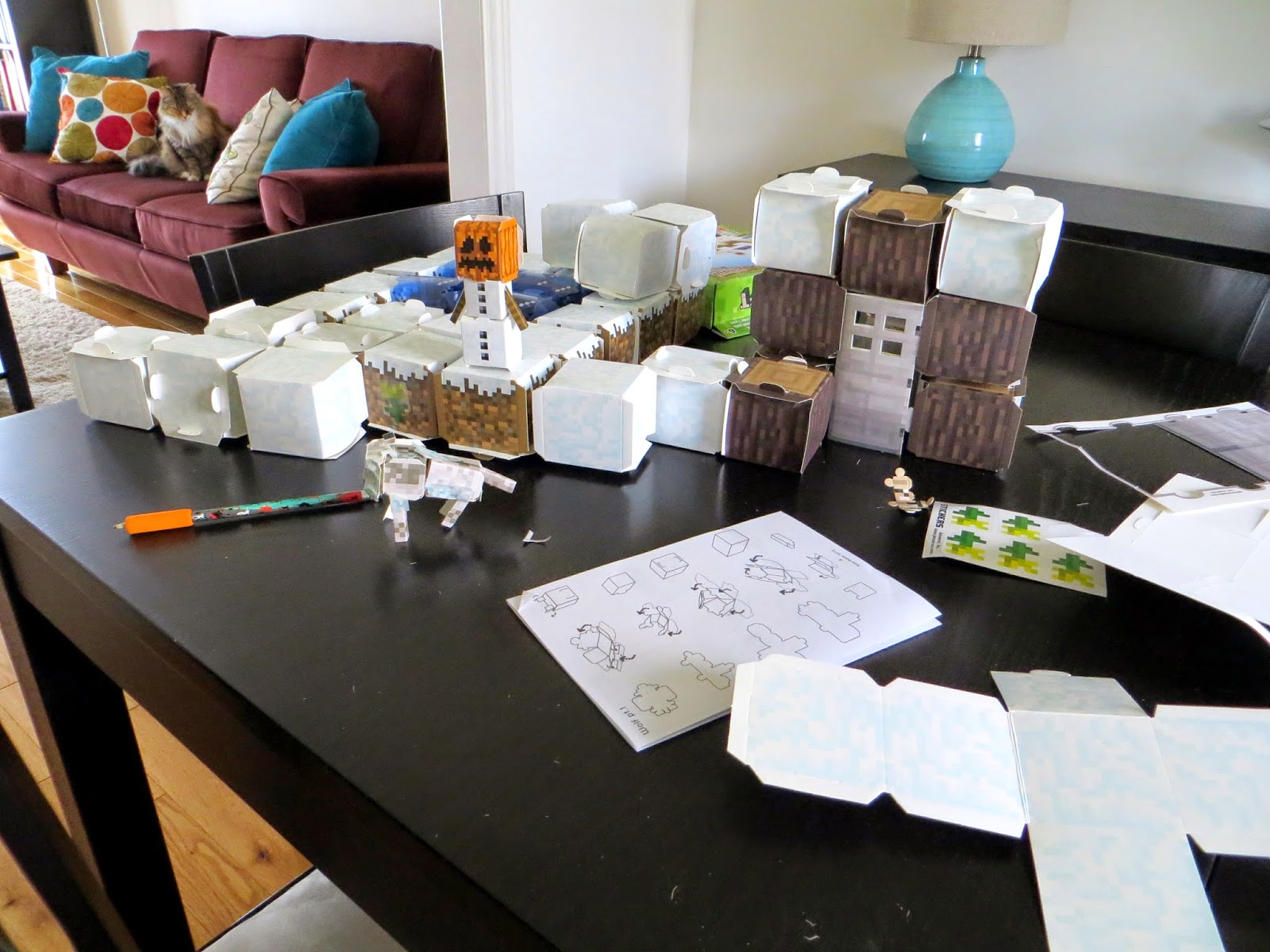 he still finds himself wanting to experience and learn and be more.  I can't count how many times I've seen him wandering aimlessly around the house, declaring in a lost voice, "I don't know what to do now."

Sometimes my sentiments echo his exactly.  I wonder if I'm doing an adequate job of providing him with the resources and materials and activities and opportunities he needs to grow that wonderful mind of his, both at home and at school. I worry that my fears of the unknown might somehow be holding him back from reaching his own potential. I'm both excited by the idea of letting him run with things and seeing how far he can go, and anxious about his mind taking him to grown up places when his ten year old self isn't yet ready to be there. I wish I could be as sure in my convictions that we're doing right by Will as he is in his fervent belief that the Chinese language is something really awesome.