Now that we're well into the second week of summer holidays, I'm remembering that there's always a bit of an adjustment period involved in having the kids at home all day.  In an instant, I've gone from having regular hours of organized quiet during which I can get things done each day, to having regular hours of chaotic, noisy incidents that range from someone dropping peanut butter toast face down on the kitchen floor and making peanut butter soup in his attempt to mop it up with a sopping wet shred of paper towel, to someone picking arguments with me over nothing every three minutes as a way of keeping his mental activity at a comfortably intense level.  It takes something of a brain shift to settle into the real rhythm of summer once the giddy euphoria of the first few days of freedom wears off.

I really do love having Noah and Will home with me for the summer months, though.  Their conversations, interesting observations, and crazy antics keep me laughing when I'm not tearing my hair out.

Here's a little snapshot of the kinds of things that have been happening around here recently: 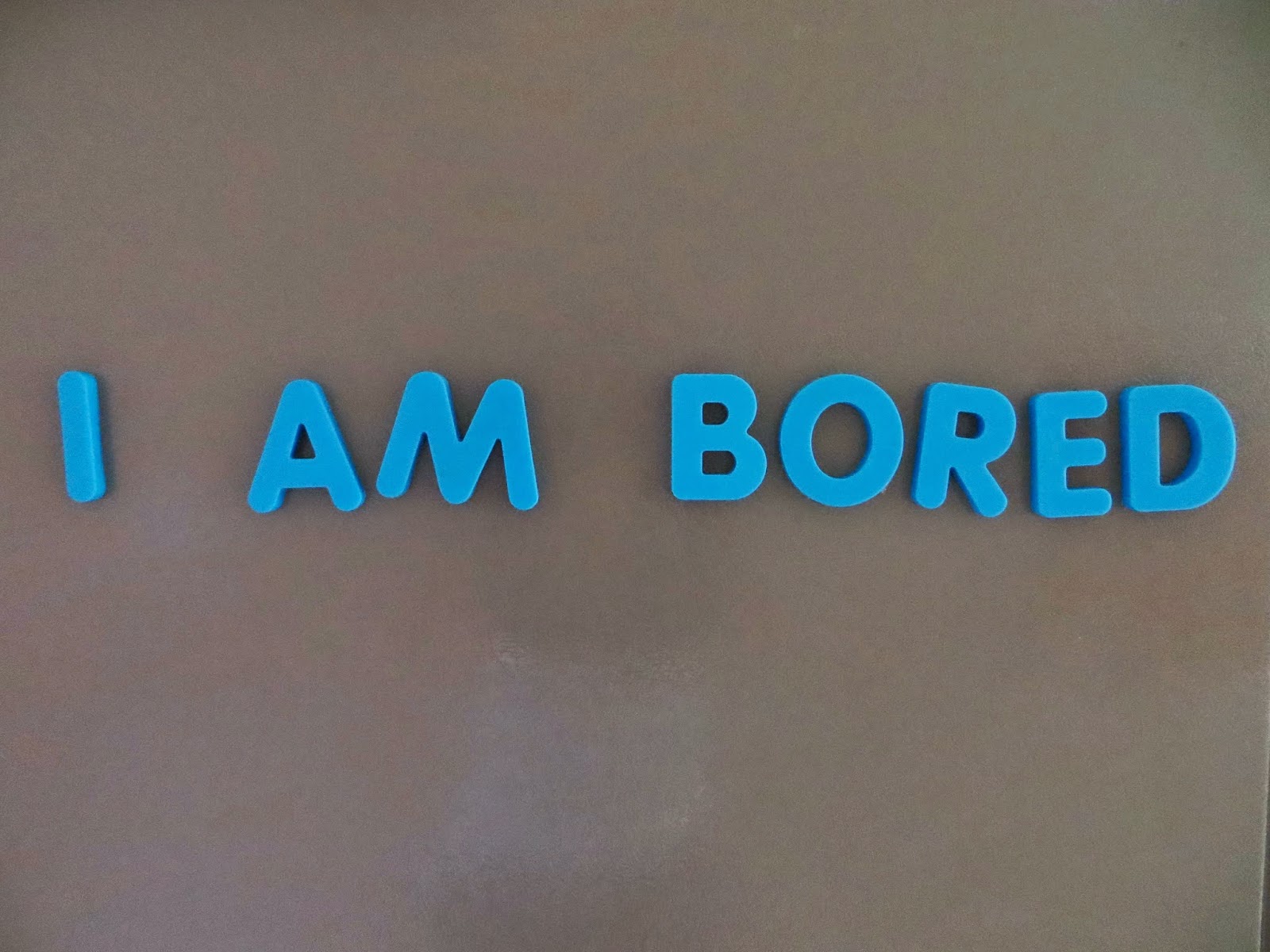 A fridge note from Will, just in case I hadn't heard him say it 6,327,904 times already since school got out. (This, despite the fact that the boy has already had a ridiculously full social calendar this summer -- the phone rings a dozen times a day for him!)

Just a few feet from the fridge, I found all of my bulletin board pushpins painstakingly arranged in the shape of Will's hand.  (Hey, look at that -- he found a way to alleviate his boredom!) 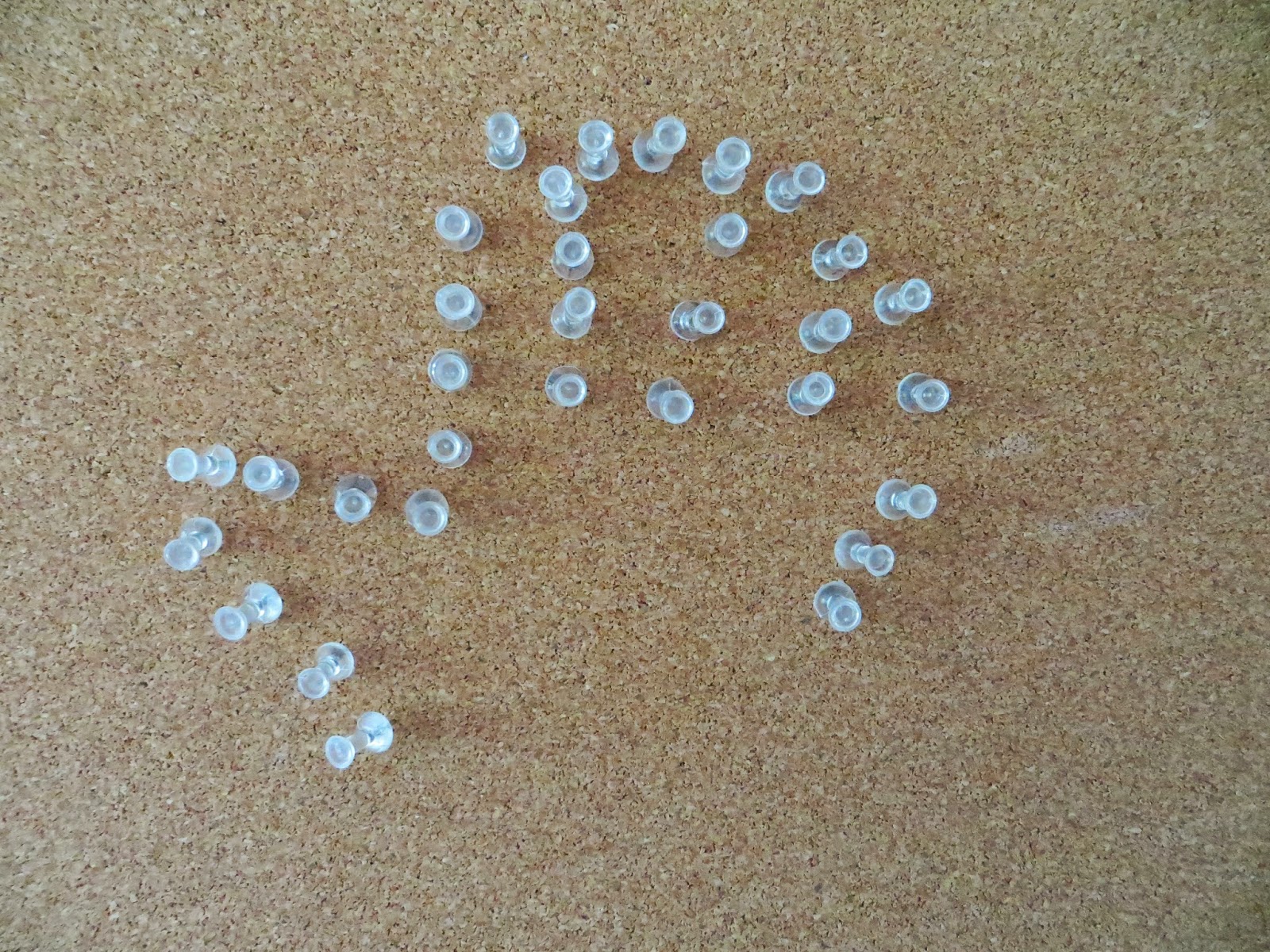 One day last week, Noah was using this net to skim the leaves and stuff out of the pool, and he absentmindedly left it right in front of the gate when he was finished. 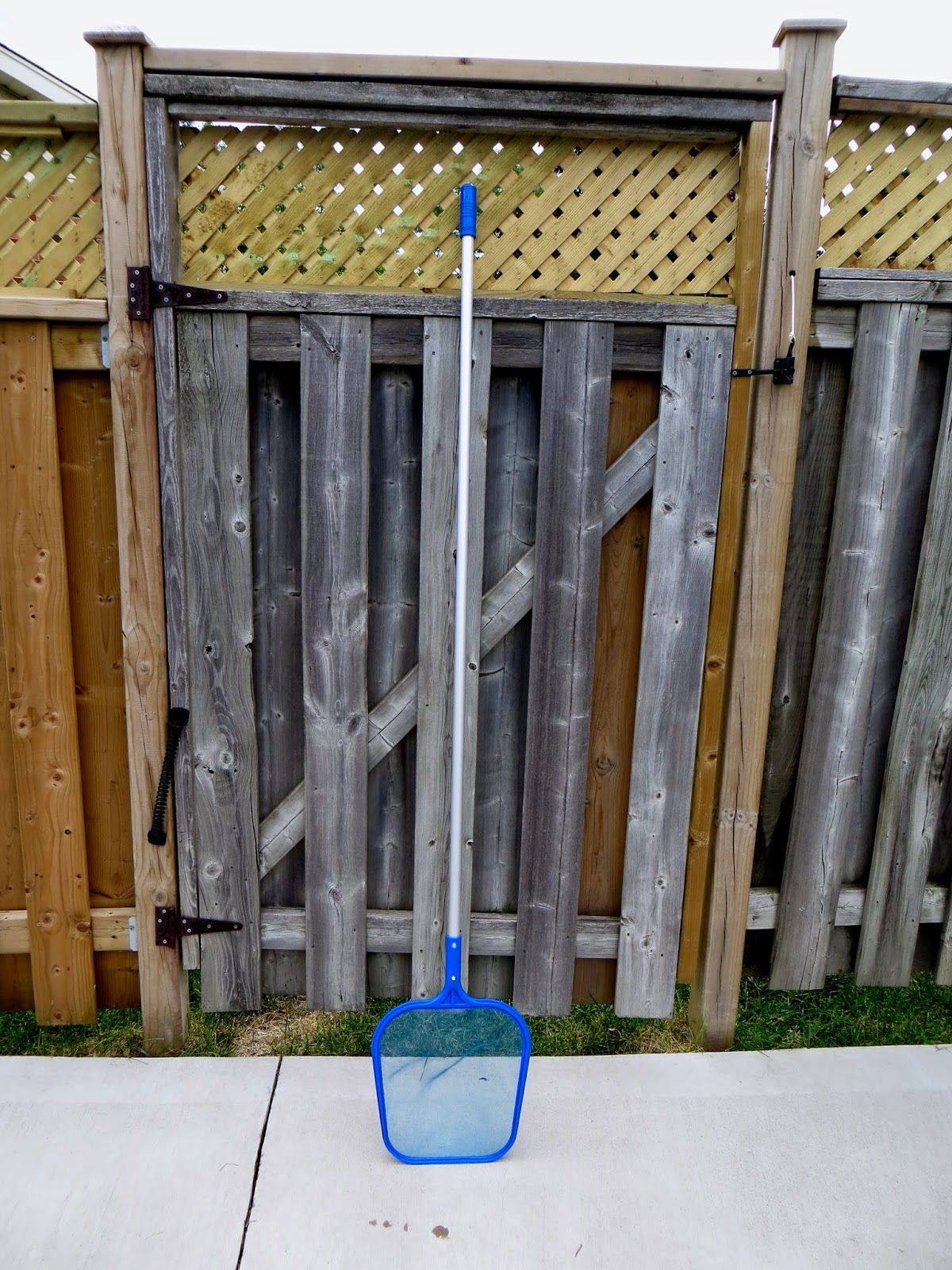 The thing toppled over when someone arrived in our yard to visit, so Matt asked Noah to move the net away from the entrance to a better spot.  This is where we found it a little while later: 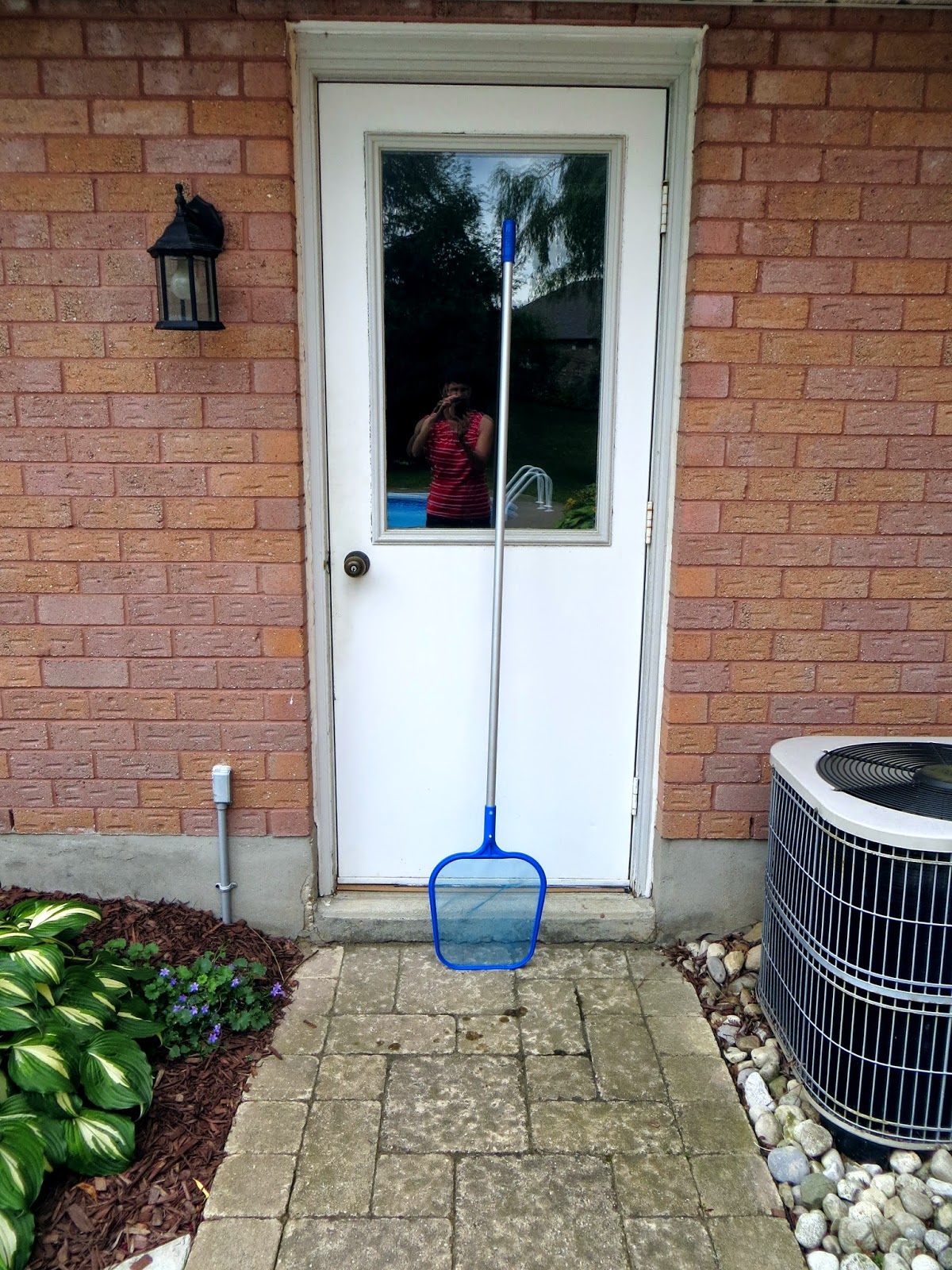 A conversation I overheard between the boys, when Noah was complaining that Will follows him/imitates him/bothers him too much:

Will:  "You should be glad about that.  You should enjoy it while it lasts, before I change my mind."

This afternoon, I was moving from room to room upstairs gathering clothes and things to pack for a trip, and suddenly I heard a cat meow faintly.  A few seconds later I heard it again, and then another meow that didn't sound anything like our cat.  Worried that the neighbourhood roaming cat was terrorizing Maggie through the open kitchen window, I came downstairs but found no trace of any cats anywhere.  Suddenly the cat noises started up again, and this time it was a frantic yeowling.  I started panicking that Maggie had gone into an open closet or drawer somewhere during my packing efforts and was trapped, and I was looking everywhere for her until I heard Noah laughing hysterically in his room.  I peeked in and there was Maggie, sleeping in peaceful oblivion on his bed.  The noises were an app Noah was using to translate his own words into catspeak. (This is how twelve year old boys entertain themselves in the summer.  I try not to ask too many questions.)

There will likely not be many dull moments around here in the next two months (and as a result, you may not hear from me as often as usual), but honestly, I wouldn't have it any other way.  I'll gladly take the chaos, since it gives me the chance to have a good long look at the truly interesting people my boys are at ages ten and almost-thirteen.