The Great Pencil Collection of 2015

I generally try to stay out of the boys' school backpacks, partly because I'm not sure I want to know what strange items might be lurking at the bottom of them, but mostly because I feel that it should be Noah and Will's responsibility to empty them after each school day, pulling out any homework that needs completing and any forms that need my attention, and to pack them back up in the morning with everything they need for the day ahead.

One recent morning, though, I noticed that Will was having a difficult time trying to stuff everything into his backpack before leaving for school, so I came over to offer my assistance. As I started pulling things out of the bag to rearrange them and make space, I suddenly had the feeling I was in one of those movie scenes where more and more clowns keep coming out of a tiny car. Inside Will's backpack I found the following:

Three dog-eared duotangs. One school agenda. Four months' worth of loose completed worksheets and marked assignments, wadded up into unrecognizable shapes. One ball glove. One orange and yellow safety vest. An empty gum package. One Minecraft character key chain, broken into two pieces. One superball. Two paper clips. One half of an eraser. One deck of Yu-Gi-Oh cards. One laminated late pass from the office that was supposed to have been given to his teacher when he returned to school after his orthodontist appointment on Tuesday. Four rulers. A half package of Kleenex. A strange, unidentifiable contraption made out of drinking straws and duct tape. Sand.

I also found this many pencils, just lying loose in the bottom of his bag: 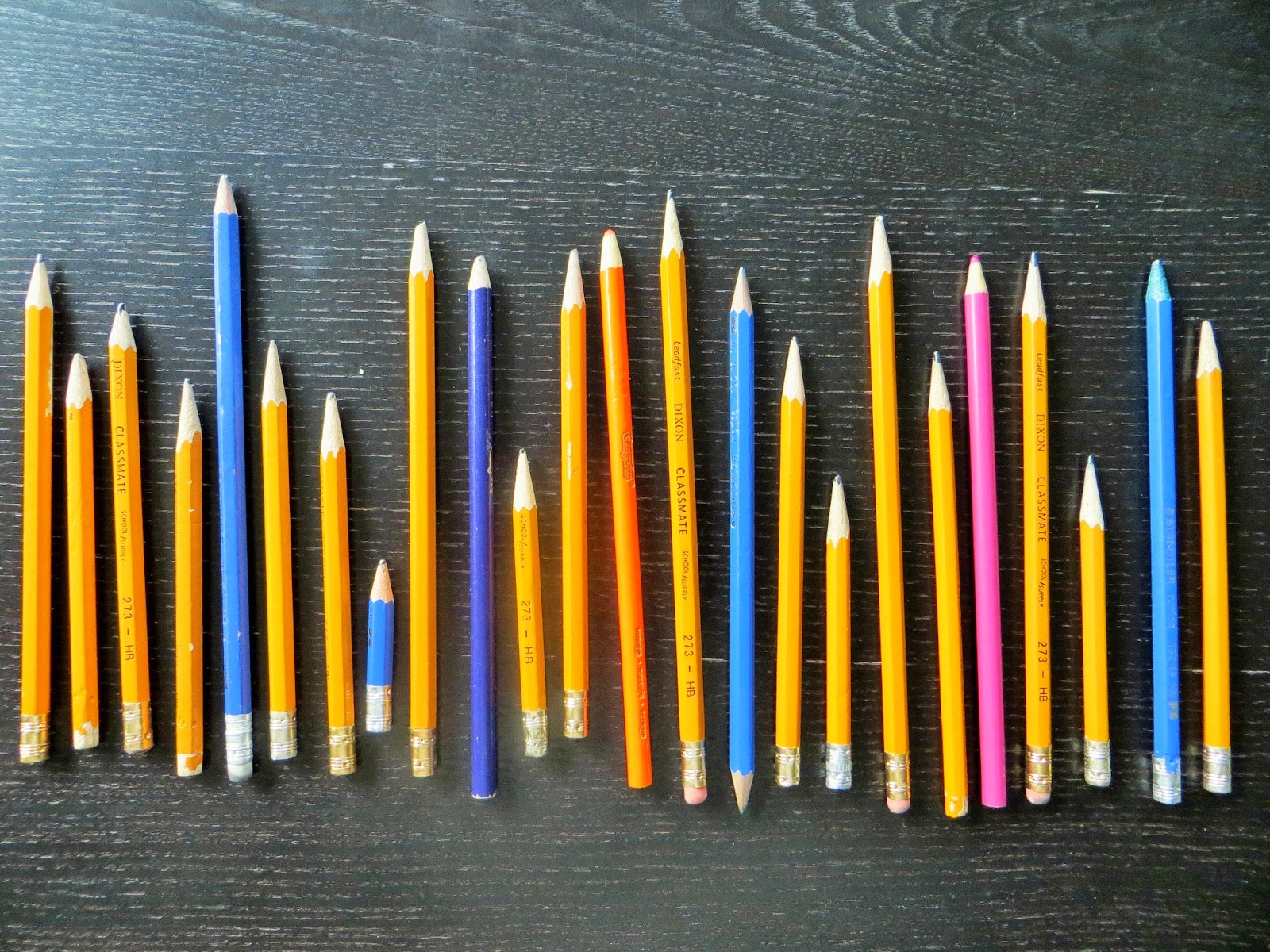 Twenty-four (24!!) pencils (+2, actually, because I later found two more in another pocket of his bag. I especially like the one that is sharpened at both ends.

This pencil discovery in Will's backpack has led me to several very important realizations:

1.  Despite the fact that Will and I have similar physical features and personality traits, we have absolutely nothing in common when it comes to organization.

2.  If I ever need a pencil (heck, if everyone in the whole neighbourhood ever needs a pencil!), I know exactly whom to ask.

3.  I will owe Will's teacher an entire Costco-sized box of pencils by the end of this school year.

When I was puzzling over Will's vast collection of pencils aloud to Matt, he told me that there was once a partner in his workplace who had exactly the same habit; if he came into your office, he would inevitably leave absent-mindedly with one of your writing implements.  I found reassurance in this story that Will's penchant for pencil collecting would not necessarily impede him from future career success. (Incidentally, when this partner from Matt's office moved on to a new job, they found a Costco-sized box worth of other people's pencils in his desk.)

Last week a notice came home from the principal of the boys' school, stating that they were starting to develop plans for next September and that if we had any reasonable requests for our children's class placements, we should submit them in writing to the office by the end of this week.  I am not too concerned about which teacher Will ends up with or which of his peers are in his class, but I am thinking I should probably write a letter anyway.  Will needs to be in a classroom with a lot of pencils.
Posted by Lisa at 7:24 PM