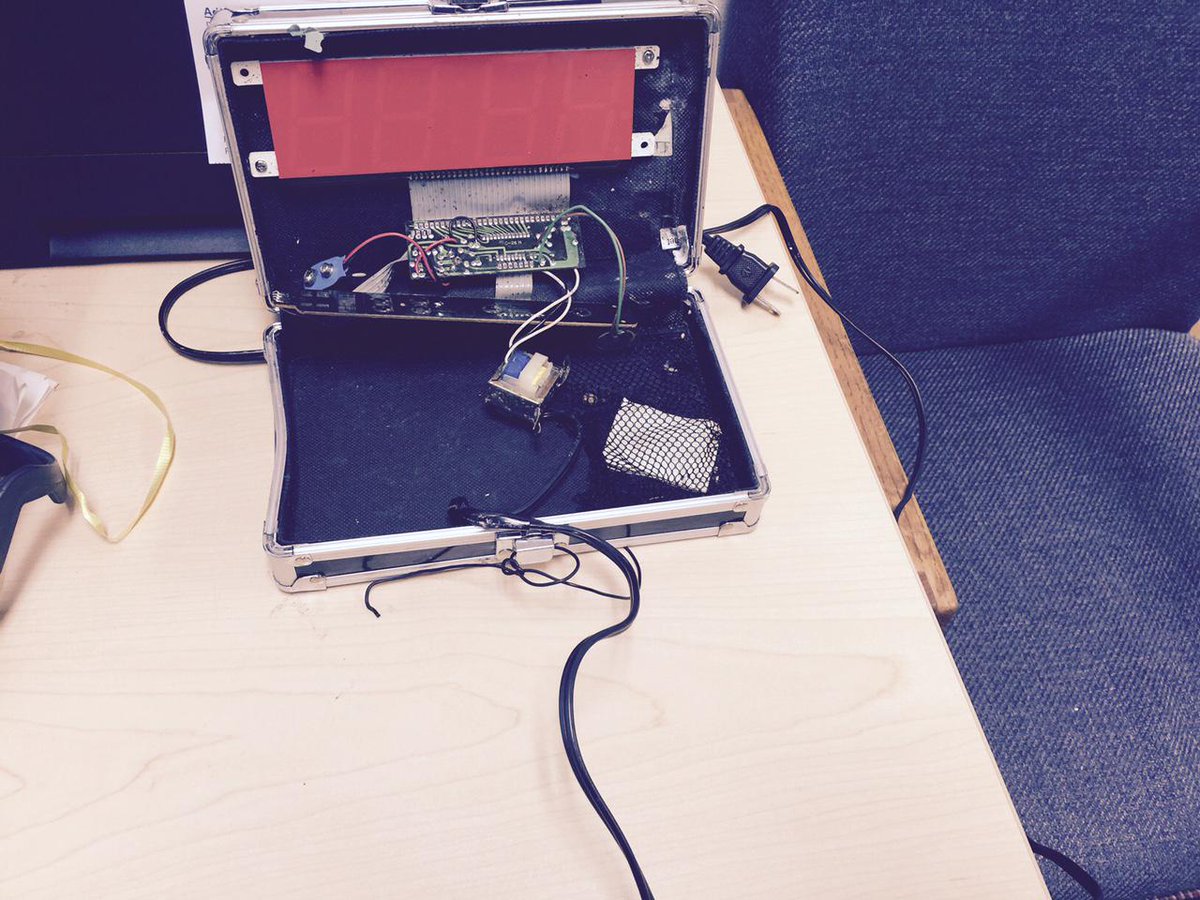 I've been thinking a lot about the story of Ahmed Mohamed this week. The fourteen year old Texas student built his own digital alarm clock out of a pencil box, and proudly brought it to school to show his teachers what he had created. The school called the police because one teacher thought the clock looked like a bomb; Mohamed was taken out of his school in handcuffs. No charges were laid against him, as police later determined that the clock was harmless and that the boy had not intended to alarm anyone by bringing the clock to school, but Mohamed was suspended from school for three days.

I have sons with big ideas who like to tinker with parts and build interesting things. It makes me feel a little sick to think that a boy who tries to share one of his innovative creations with his teachers could be mistaken for a criminal, handcuffed and taken from school to a juvenile detention center for questioning. I'm concerned not only because of how confusing and downright frightening that experience would be for him, but also because of the message that this kind of suspicion sends to kids whose passion is to look at things differently and put them together in new ways: you can think it and build it if you like, but you've got to keep it to yourself.

When interviewed about Mohamed and his homemade clock, the police chief of his community of Irving, Texas said, "You can't take things like that to school." It's a fair enough comment, I suppose, given the number of incidents in recent years where students have committed horrific acts of violence in schools with weapons they brought in themselves. If a homemade device came into a school and turned out to actually be a bomb, and something awful happened due to a lack of intervention, there would be a shocked outcry of anger that school staff and police had done nothing to prevent a tragedy. But if school is not the place for a bright teen to share his harmless creative ideas and receive encouragement from mentors, then where is? The idea that our society's schools can only tolerate certain "safe" kinds of learning is sad to me.

Mohamed's story, along with others that fill our news feeds each week, show that despite our progress in the areas of inclusion and acceptance, fear still exists where there is a lack of understanding because something is not part of one's own personal experience. Different races, different religions, different kids who are able to build their own clocks out of pencil boxes are still met with suspicion, criticism, or ridicule on a regular basis. We have a long way to go yet to erase the notion that dissimilarities equal threats. I hope Ahmed Mohamed and all of the other innovative young thinkers like him will find within themselves the courage to continue dreaming, creating, and proudly sharing their own unique contributions to the world.
Posted by Lisa at 3:21 PM