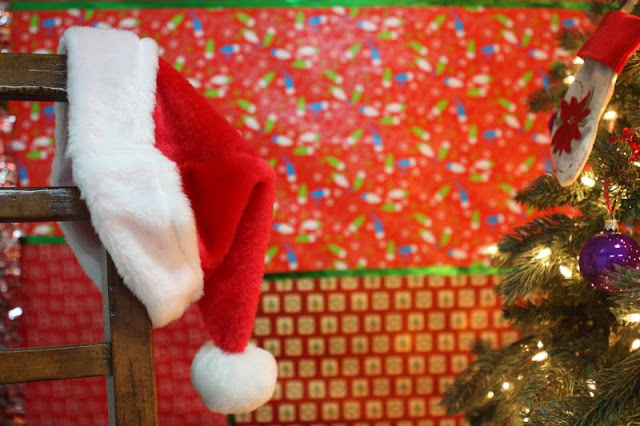 "I don't know if Santa is real or not," Will said to me pensively one day last month, "but if he isn't, what a thing for parents to do, to tell their children there's a Santa Claus and then leave them heartbroken when they find out there isn't." His prickling words stayed with me over the next few weeks as Will's questions about the jolly guy in the red suit became more persistent and challenging. He's always been relentless in his search for the truth, his busy, logical mind rapidly piecing together information and searching for the smallest inconsistencies in details. He loves the thrill of proving his thoughts to be right, even while his tender heart appreciates the sweetness of a good story. So when Will finally asked me outright the other evening if Santa was real, I decided it was time for me to be honest with him.

"I knew it!" he shouted, his triumph over figuring this out tempered somewhat by the sudden surprise of watching a familiar belief crumble into nothing before him, and by the realization that his older brother had already been in on the secret for awhile now. I broke the news to him gently, telling him that the idea of Santa, with its spirit of giving and helping others to be happy, is very real, even if the man himself is not. I saw him blink hard a couple of times, but he recovered quickly, replacing his disappointment with practical questions to assure that he'd still be getting gifts this year, and with incredulous scorn for his dad and me for allowing Santa to take all of the credit for the best gifts over so many Christmases. It was actually me who was emotional and needed to head off into another room for a few minutes so he couldn't see the tears welling up in my eyes.

I had not expected the end of this particular childhood magic to feel so sad. Somehow I had thought it might actually be a bit of a relief to no longer have to cover my tracks so carefully, trying to keep this secret from a child who doesn't miss anything. I've known for a long time that even once he no longer believed in Santa, my kind-hearted Will, who so often gives what he has to make others' lives more cheerful, would always keep the spirit of Christmas alive. But just as Will's belief in a twinkle-eyed, bearded man with the ability to visit all the world's children with his reindeer in a single night has now vanished, so too, I suddenly realize, has the last of my little boys. And I'm old enough to know that no matter how longingly I might wish for it one day, there's no magic that can ever bring them back to me.