I just spent the past three nights and four days at home, completely alone, all by myself.  I can honestly say that this has never before happened in the eleven years since I've had children, so it's been a pretty big deal for me.  A few months ago, we had made plans for all four of us to go up to Matt's parents' house this particular weekend, like we do every summer.  But then when I started thinking about it again a few weeks ago, it dawned on me that sending my guys up there on their own would provide me with a rare and wonderful opportunity to have a big stretch of time to myself, and in an uncharacteristic moment of selfishness, I decided to take it.  (See, this is what turning 40 in a few weeks does to you; it makes you suddenly realize that it's okay, on occasion, to make choices that are completely self-serving!)

I'll admit I felt sad and a little guilty when I watched my three sweet guys drive off without me on Saturday morning.  There may have even been a few tears after they drove out of sight.  But that didn't last long, because I had lots to accomplish and no time to waste!  For the first 48 hours I felt this overwhelming urge to be productive, like I had to have something concrete to show for these days I had taken away from my family.  I was up and at 'em before 7 am, constantly moving, and checking things off the long to-do list I had made for myself at a furious pace.  (I know.  I seriously don't understand what's wrong with me, either.)  I cleaned my whole house from top to bottom, washed, dried and folded laundry, ran errands, took care of paperwork, and did some jobs out in the yard.  I completely emptied out both of the boys' closets (which was a pretty risky undertaking when I was home alone, considering the high likelihood that I could have been buried alive in the massive piles of random stuff they had accumulated in there, and no one would have come looking for me!), got rid of some things, and neatly put the rest of it back.  I made more lists for tasks I needed to deal with later, and then I went to bed feeling satisfied but totally wiped out.

By the third day, I had had enough of that kind of nonsense.  The realization that I was home ALONE and could do whatever I wanted, whenever I wanted finally started to sink in, and I slowly began to unwind.  I sat with a hot cup of tea in a sunny chair in the living room first thing in the morning, taking time to wake up gradually.  I went for a long, refreshing walk on some trails near our house without wearing a watch, so I couldn't know what time it was.  I did some shopping for myself, and browsed leisurely in favourite stores instead of running through the mall in a mad, purposeful dash like I often do.  I took the time to make meals that I would really enjoy, and ate them outside in the warm sunshine with crickets and cheerful chickadees to keep me company.  I even read a novel, which is one of my favourite pastimes but one I frequently put off because so often when I start a book, I feel compelled not to put it down until it's finished.  I realized this weekend that if I wanted to read a whole book in one sitting, I could.  The second half of my days alone left me feeling calm, and rejuvenated, and ready to enjoy the remaining days of summer vacation with my boys.  This is something every mom should have the chance to experience.

I will be incredibly happy when I see the familiar and much loved faces of my three guys walk through our front door later today.  I missed them, and it will be really nice to have a house filled with their chatter and laughter once again.  I will also make a point, though, not to wait another eleven years before I take an opportunity for some more wonderful time to myself. 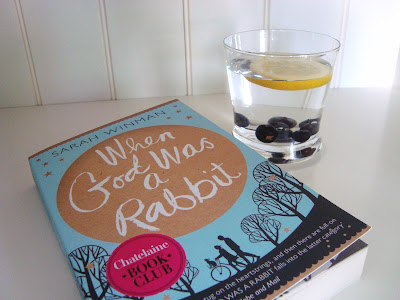