We celebrated Noah's Confirmation this past Saturday, the sacrament in which Catholics are sealed with the gifts of the Holy Spirit and become spiritual adults, more deeply rooted in their faith and fully committed to bearing witness to Christ through their words and actions.  It was a beautiful day for our family, and a chance to reflect on just how much Noah has grown and what a wonderful young man he has become. 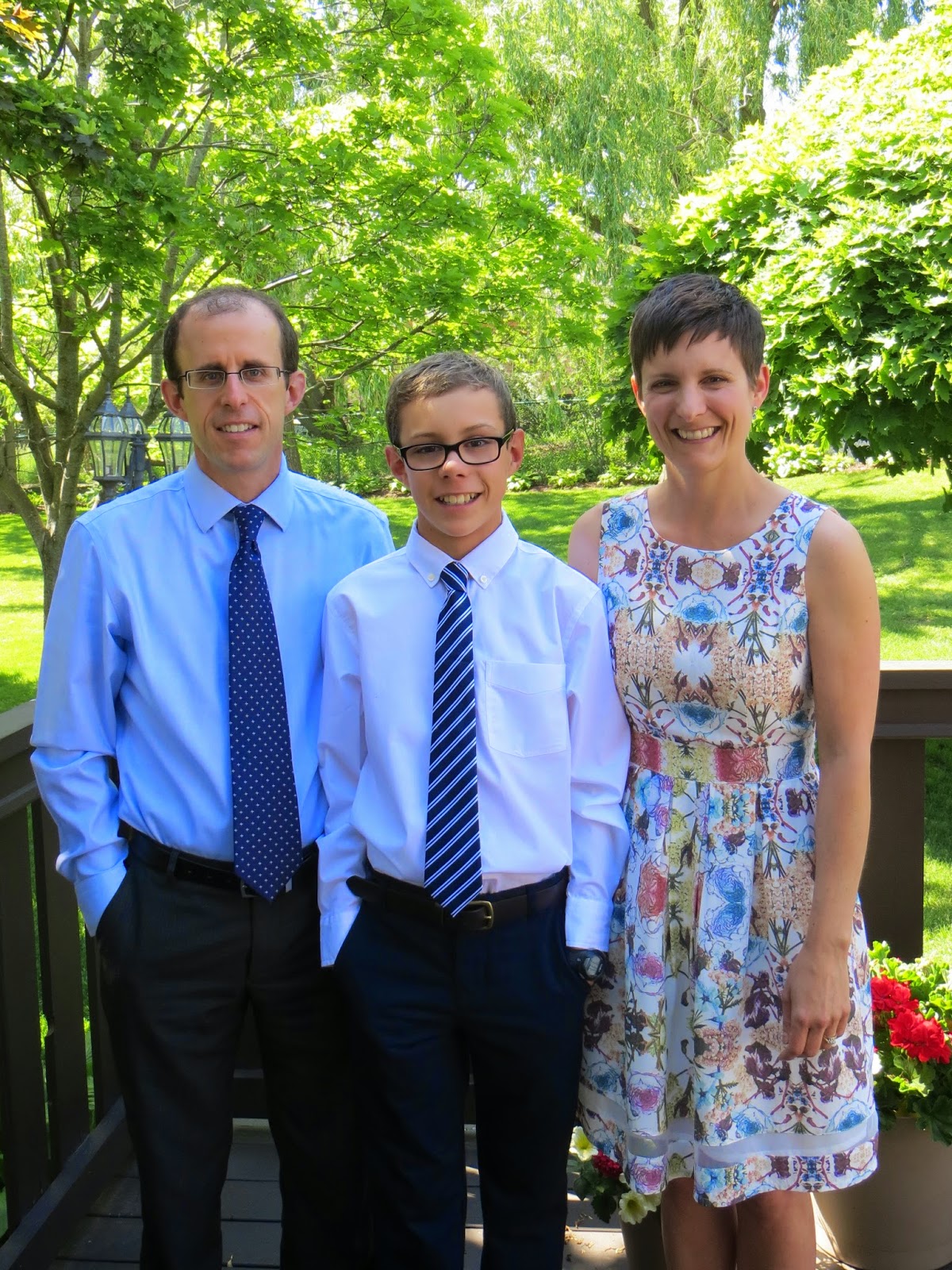 A special occasion such as this one requires everyone to dress up, of course, but this is not something that Noah is particularly fond of.  There was a fair bit of lamenting and eye-rolling from him, and grumbling directed towards whomever it was who decided that dress pants and a shirt and tie were appropriate attire for anything, as we attempted to find him an acceptable outfit for the event in the weeks preceding it.  After a series of online searches, three separate orders and deliveries and returns of pants, and various trying-on sessions, I was thrilled to have in my possession a pair of navy dress pants and a brown leather belt, a crisp white collared shirt, a navy and white striped tie, and a pair of brown leather dress shoes that all fit Noah properly, looked really nice on him, and that he was grudgingly willing to admit "weren't so bad after all".

In my excitement over this wardrobe success, I completely overlooked the fact that Noah would need some proper socks to wear with his dress shoes.  As I was ironing and laying out his clothes on Saturday morning, I took a look in his sock drawer and found only ankle-height gray sports socks, the kind Noah wears every day in his running shoes in warmer weather.  We did the thing that made sense at that point -- found a few pairs of dress socks from Matt's drawer that would fit and asked Noah to choose one of them. (This, of course, resulted in a whole other round of lamenting and eye-rolling and grumbling directed towards whomever it was who decided that one can't wear athletic socks with dress pants.)

In the end, we arrived at the church with Noah smiling and looking very mature and handsome in his outfit. The mass with the bishop was really special, and Matt and Will and I were glad to be there to celebrate this meaningful time in Noah's faith journey with him.

After mass and a celebratory dinner at a restaurant with Noah's sponsor (his Uncle Nick), we were chatting in the car together on the way home, and Noah brought up the sock situation.  Apparently he and his friends were talking about their clothes in the church basement while they waited, and many of the boys were also wearing their dad's dress socks.  I think that made both Noah and I feel good in a way.

In the eyes of the Catholic Church, Noah and his friends are now spiritual grown-ups. Indeed, they may no longer be children of the faith, but I think there's something sweet and boyish in the fact that these fine young men still need their dads for socks. 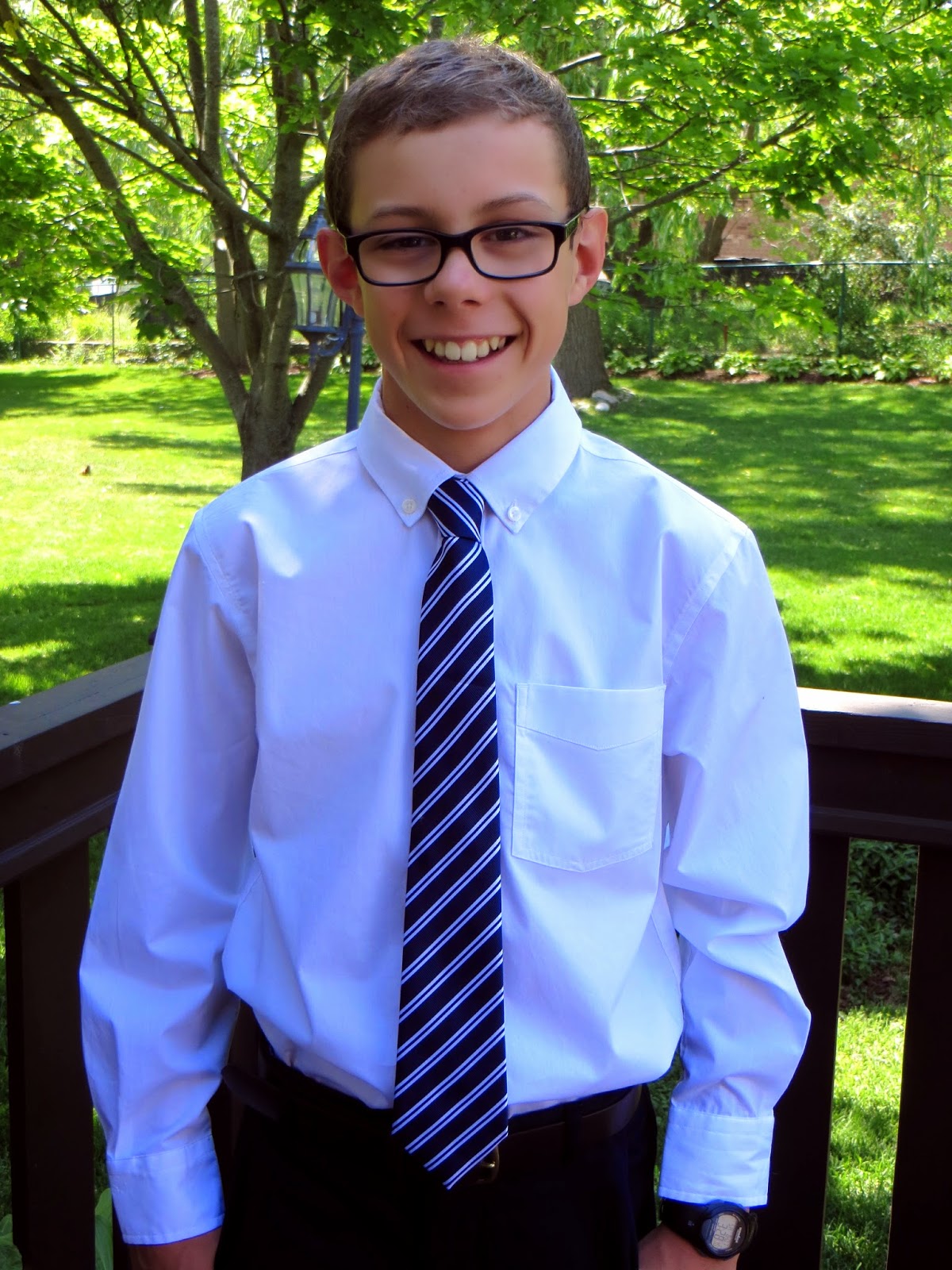