"I want to be a stuntman when I grow up," Will announced to me out of the blue this morning. "You know, the guy who does all of the awesome tricks like smashing through fake glass and jumping from plane to plane and shooting a body of water to break its current and then plunging into it from really high up. That would be my dream job, so thrilling and fun!"

He will change his mind by tomorrow, probably. He's wanted to be so many different things when he grows up, everything from a lawyer to a rapper to a chef to Nobel Prize winning physicist. This is not surprising for a boy who has endless energy and a curiosity that is never, ever satisfied.

But if I had to judge based on the dismaying state of Will's legs since the arrival of biking and scootering season, I would say that "stuntman" seems just about right for him. 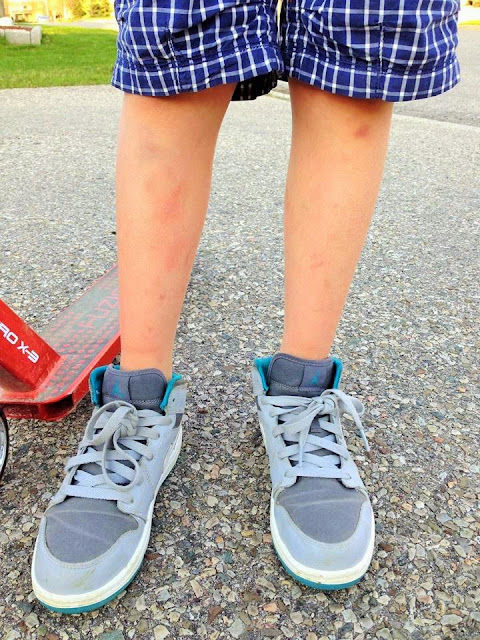