The living room seems strangely empty this morning now that everyone has left for work and school, a stark contrast to the previous two weeks when the room was bustling with cozy chaos. Books, games, and the parts for assorted curious projects were often scattered over every surface throughout the holidays, proof that a family was happily living in the space for more than just a few hours a day. 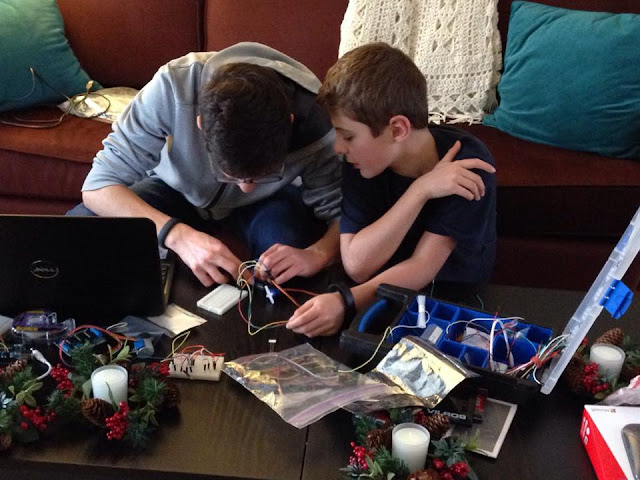 "I was meant to live this way!"
~Will, age 11, in reference to the unlimited free time he had over the holidays to pursue his various interests

Even though the four of us were all home last night, there was a noticeable hush over the house, the giddy energy of freedom having seemingly been packed away with the last of the twinkling Christmas lights over the weekend. Transitions back to "normal" after a cheerful, rejuvenating, family-focused holiday are always met with some wistful reluctance around here. 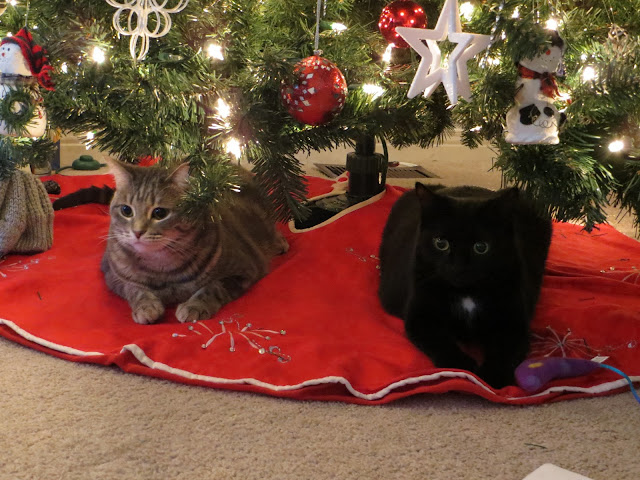 Even the cats were begging me not to let Christmas be over -- they were quite happy under the tree.

We all found a new energy shortly after tumbling sleepily out of our beds this morning, though, helped along by the welcome sun that was shining for the first time in what felt like weeks, and by the shock of the suddenly frigid winter air as we stepped out our front door. It was a wake-up call of sorts, after the calming lull of the holidays, an encouragement to open our eyes to the new possibilities we can explore from where we now stand.

We sent Will back to school with a brand new pair of glasses today, a first for him as he's never worn glasses before now. His recent optometrist appointment showed that his nearsightedness had progressed to a point where he needed help seeing the board at school, so we walked out of the office with a prescription and a boy who wasn't really sure that he wanted to get glasses. (Funny how that works -- a year ago, when the optometrist mentioned Will's nearsightedness but said that he wasn't yet in need of prescription lenses, Will kept wishing he was getting glasses!)  I was glad to see his excitement, though, when the first pair of frames I pulled down for him from the display wall at Lenscrafters was exactly what he wanted, and he beamed with satisfaction when he saw his fresh new look in the mirror. 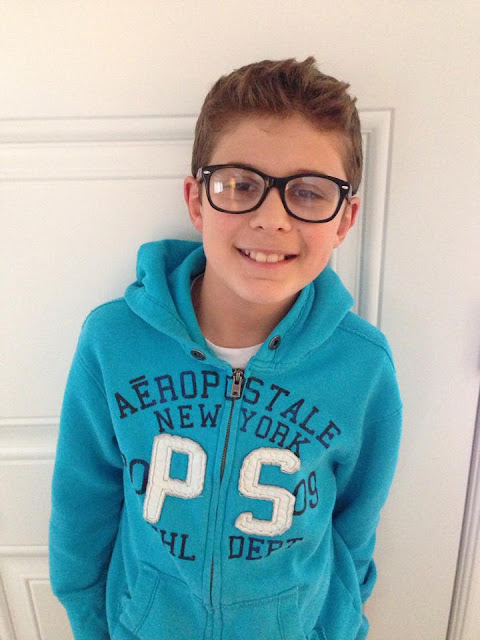 He's thrilled with how clear everything at a distance appears to him now, too. (I am just keeping my fingers crossed that the glasses, which don't need to be worn all the time, will somehow survive their travels to and from school every day and the mysterious black hole that is Will's classroom desk.)

Noah and I are each taking on something new this month as well: he is starting crossfit classes for teens a few times a week, and I've signed up for a "writing adventure" with an accomplished local author whose work I greatly admire. I was curious and excited about the session she's offering when I read about it on her blog, and I signed myself up for it before I allowed myself to think too much about it and talk myself out of participating. I am used to writing all by myself in my living room, usually when no one else is home, only sharing my work once I'm reasonably comfortable with it (and sometimes not at all). The idea of writing through guided exercises in a room with other, very likely more skilled, people and sharing it immediately afterwards with the group definitely makes me feel nervous, but I'm eager to take this next step to see where it might lead me. I'm stretching!