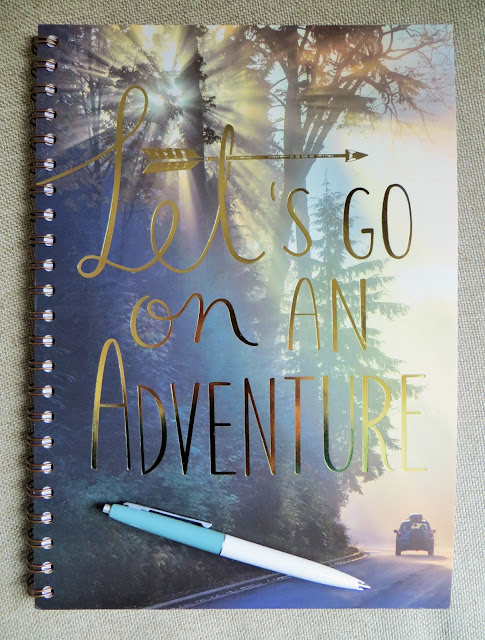 January is not usually one of the most cheerful months of the year for me. The dark mornings and the endless sea of winter gray and white beyond my windows can seem achingly monotonous after the excitement of a new year wears off, and I find myself longing quietly for some kind of change to happen. Often by this time in the season, the winter blues begin to seep into my bones along with the chill of mid-winter's frigid air.

This January feels different though. Part of it may have to do with winter having arrived so late this year: we are just this week shovelling regular, significant snowfalls from our driveway in the evenings, all four of us awed by the new-again wonder of fresh flakes tumbling from smoky indigo skies. Instead of boredom or sadness, I feel an energetic hum within and an excitement usually reserved for spring, that optimistic season of fresh things bursting into the world .

This feeling has been helped along by me saying yes to new experiences and challenges this month, resisting the urge to let a slowly moving season lull me into a kind of sleep. I decided several weeks ago that I would enter a creative nonfiction writing contest, not because I actually have any hopes of winning it, but because having a lofty goal would encourage me to stretch and write better than I ever have before. I've been working hard to do justice in words to a touching family story that has occupied my mind and heart for months now, and the feeling of deep personal satisfaction I've experienced throughout the writing process has made me feel very much alive.

Also, last weekend, I began the writing adventure that I previously mentioned signing up for. I was definitely nervous but open to the experience as I walked into the room full of writers and other creators. Carrie was warm and welcoming as a guide; she encouraged us all to write without fear or self-criticism, keeping our pens constantly moving as she led us through a series of activities. Creating something completely unplanned, unencumbered, and unexpected was a liberating exercise for me, and made me aware of just how often my internal critic badgers me during my usual creative process. I was grateful for the sudden, exciting realization that I have many ideas and feelings within me waiting to be explored, and they're readily available to me when I'm willing to focus on the writing rather than the end result. I left the session feeling joyful, and eager to return the next Saturday. Now more than I've ever been, I'm sure that the time I spend writing is when I feel most like myself.

January has been an exciting month for Noah and Will so far as well. Noah has happily been spending many of his weekend and weekday evening hours at school these days as a member of a FIRST robotics team. He and his high school teammates are working hard to design, build, and program a robot that will meet the season's engineering challenge, with the guidance of some wonderful, dedicated university student mentors and adult professionals. The team has only six weeks to build the robot from scratch, and then they'll compete in several competitions to see how well it performs. I am thrilled for Noah to have this valuable learning opportunity that speaks to so many of his interests. We're very fortunate that there is such enthusiasm for large-scale, multi-faceted projects like this one at his high school and in our community as a whole.

Will is enthusiastic about his new role this month as a young ambassador. Our school's principal was to choose two students to be part of the Elementary Student Senate, which gives Grade 7/8 students "an opportunity to express their voice and opinions as leaders within their schools and communities". He decided to send our Grade 6 boy. Small but mighty; that's always been our Will! I dropped him off at our area high school for a senate orientation meeting this morning; he was keen to begin sharing his ideas about what is working well and what needs improvement at his own elementary school. He was also happy about the possibility of bumping into his big brother today in the high school hallways. I'm proud of Will's commitment and his eagerness to make a difference in his world.

There is much for me to be cheerful about in this first month of 2016. It's been a nice surprise to discover a different set of January hues.
Posted by Lisa at 2:29 PM