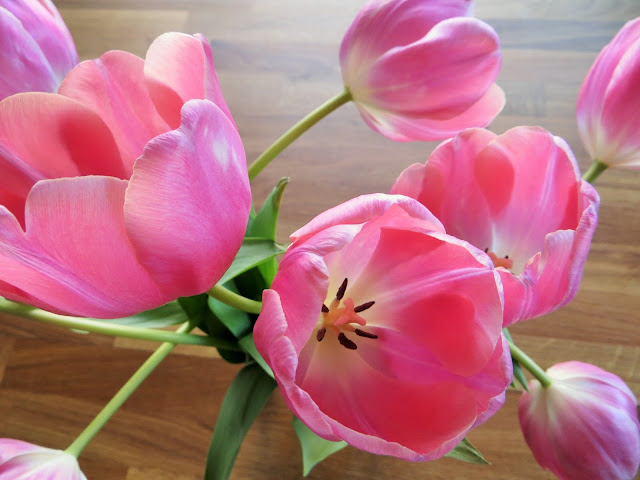 I recently started watching CBC's heartwrenching television series Hello Goodbye. I should have known from the previews that I would need an entire jumbo-sized box of tissues just to make it through one 30-minute episode of the show. The program's host walks through Toronto's Pearson Airport and stops to talk to travellers or people waiting to greet loved ones; they share very touching personal stories with him about where they're going as they head toward the airport gates, or whom they're eager to see again as they watch the doors hopefully in the arrivals area. We meet a woman who is finally rejoined with the husband and young daughter she left behind in her homeland nine years ago, when she bravely came on her own to Canada to create a better life for all of them. There is an elderly woman perched gingerly on her walker, waiting to be reunited with her dear ninety year old cousin who is flying over from England, for what will most likely be the last visit together of their lives. A father with two young sons hugs his mother- and father-in-law goodbye as he and his boys prepare to travel the world for a year, a journey of tribute to his wife, who loved adventure before cancer took her from them. What strikes me as I watch each emotional embrace is how many extraordinary stories of sorrow and loss, of forgiveness, of hope and love there are among the most seemingly ordinary people. We all pass strangers everywhere, each and every day of our lives, and have no realization of the joys and the burdens they carry in their hearts.

One day recently I was at Michael's craft store, looking for a frame for a wall map, when I noticed a woman named Grace who used to work as a cashier at our grocery store. She was a long-time employee there; I had gone often through her line over the years and had come to appreciate her efficiency and the candour with which she spoke to me as we chatted about everyday things. She retired this past summer, and I hadn't seen her since her last week at work.

That afternoon at Michael's, I could tell she recognized me as much as I recognized her when we caught each other's eyes over the shelves and smiled, so I went over and said hello to her and asked her how she was enjoying her retirement. We spent the next twenty-five minutes talking animatedly together. Grace told me how she had worked in a grocery store since the age of fifteen, the year she came home and found her mom lying unmoving on the couch, dead from a stroke. She reminisced about how good the original owner of the grocery store had been to her throughout her career, and how even after he retired and grew old, he would make a point of coming to say hello to her when he was in the store, taking the time to bag a customer's groceries at the end of her conveyor belt if there was no one stationed there. She humbly expressed to me her disbelief and her delight over how many people came to see her and share kind words with her on her last day at work, and how she had come to know these people over the years, not always by name, but by piecing together details gathered through years of observation and little snippets of conversation. It was surprising and heartening to learn more about Grace in one chance meeting than I had known about her in all of the years that I had seen her almost weekly. Her touching stories made me glad for the chance encounter and for taking the time to listen.

When Grace and I parted, she looked into my eyes and said, "God bless you. You've made my day more than you know." I felt that she had made mine, too. It's a privilege to be let in on someone else's story, and to gain a deeper, more compassionate understanding of what it is to be human.
Posted by Lisa at 10:21 AM