Dreaming of Classes and Busses 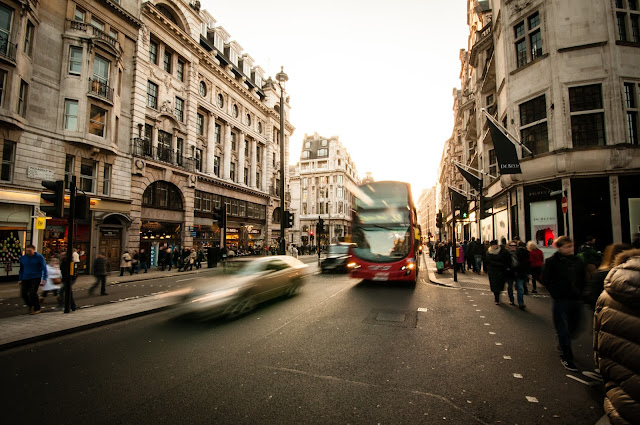 I am a high school student on my first day of classes, and in my hand I hold a timetable, the details of which I cannot completely make out. I am scheduled to attend a class located in a building that is far away from the one where my last class just ended, and I cannot for the life of me figure out why things have been set up this way, when there are just five minutes between classes to get from one place to the next. The realization that I'm going to be late, due to circumstances that are no fault of my own, upsets me. I have no directions to get to this other building, so I walk, briskly, anxiously, down a path that twists and turns and always ends up at a place other than the one I am supposed to find.

Somehow I keep ending up back at the beginning again, walking a different path that leads to a different building that is still not, is never, the correct one.

On one attempt, I finally find the building where my class is, but the class is not the one I signed up for. It's a cooking class, and everything I try to produce in that kitchen fails miserably. I make lame excuses to my teacher for my ineptitude, explaining that I'm used to baking gluten-free and that the recipes just don't make sense to me, that they're not what I'm familiar with. It seems to matter a great deal to me that my teacher understands this, and doesn't think me useless.

I am in a bus in an unfamiliar foreign city, trying to get somewhere, though precisely where I can't remember. I do not have a good understanding of the city's layout or the bus routes; I chose the bus based only on my best guess, and I have no idea where it's actually going. The bus driver is no help; he seems angry with me for asking too many questions. At one point along the way, I somehow suddenly know that the bus is not going where I want it to take me, so I ring the bell to stop it, and when the bus slows and then comes to a halt, I leave it. I stand alone in the middle of a strange sidewalk, looking this way and that as the noisy traffic rushes by, trying to figure out how I'm going to get back to where I started and try a different bus instead. I ride many buses after that one, but the destination I'm supposed to find remains ever elusive.

Last month I watched a fascinating CBC's The Nature of Things documentary about sleep and dreaming. One segment highlighted the work of a psychologist who sees a continuation between what happens during our waking hours and what goes on in our dreams, and it made me think about the meaning of these two dreams I had on two recent consecutive nights. Where in my life am I trying to go that is unfamiliar and challenging to get to? Why do I care so much about what other people think of me along the way?

The truth is, the fear of failure or of disapproval from others has been a recurring theme in my unrealistically perfectionistic waking life for as long as I can remember. It has often held me back from trying exciting-scary things that might encourage mistake making, or might see me ending up somewhere other than where I had carefully planned to go.

Something has shifted for me this year, though, and I am both thrilled and pleasantly terrified about a big project I've been working on. It's something I've wanted to do for a long time, but I never felt I knew enough or was good enough to actually pursue it. In some moment of enlightenment (delusion?), some part of me finally decided that whether I know enough or am good enough right now isn't the point; the point is to discover the things I don't know, and to see how much better I can become as I explore the unfamiliar.

I've found myself often in recent weeks feeling as though I really am wandering that twisty path to the hard-to-find class, or riding a bus that goes to confusing places. I can only give a best guess as to what I'm supposed to do in this new endeavour, and the old fears about people mocking my insufficiencies resurface frequently. Just as often, though, I've felt an uplifting sense of accomplishment, pride, and palpable enjoyment as I've found my own way to each next small step. It feels good to realize that I'm more capable than I allowed myself to believe, even if I don't actually get to where I hope this particular project takes me.

Next stop: who knows, really? Wherever it is, though, I know that I will have gone somewhere in a positive direction, and there's something to be said for that.

Email ThisBlogThis!Share to TwitterShare to FacebookShare to Pinterest
Labels: writing