We found out last week that the boys' school librarian will be retiring at the end of June.  While we are very glad for her and wish her every happiness in this next chapter of her life, all four of us were also a little sad to hear the news.  Mrs. Staubitz has been such a wonderful help to the boys over the past several years, always nurturing their love and excitement for reading by helping them to find new and intriguiging books to read each week (which, given how many books my two avid readers have already read in their lives, is not always an easy task!).  In her good-bye note to the school in the June newsletter, Mrs. Staubitz wrote:  "Even though computers do play such a large and important role in our lives, I hope the students and you don't lose the enjoyment of sitting quietly with a good book.  It can take you places only you can imagine.  Keep on reading, always...."  We see eye to eye, Mrs. Staubitz and I.

Several people have mentioned to me recently that they have been missing our A bookworm's breakfast posts, that they have found them a useful resource for discovering new books for their children.  With summer vacation just around the corner, the boys and I thought we would start our book review posts up again for awhile in the hopes that it will encourage kids to keep reading throughout the summer months.  Noah has written reviews for three books or series he has found to be especially excellent reads lately, and Will chatted with me about three books or series he's recently really enjoyed so that I could tell you about them.

The Inheritance Cycle (a series of four books by Christopher Paolini) 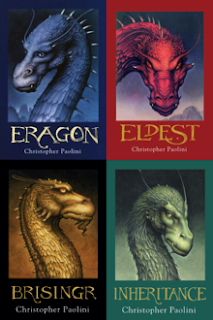 When farm boy Eragon finds a dragon egg in the forest, his life is changed forever.  However, it's not an easy path, because of dealings with assassins, elves, dwarves, Urgals, Shades, magicians, and of course, the evil King Galbatorix.  These books are very exciting!  There is never a dull moment, because on every page there is either a battle, a plan, or some kind of beautiful but deadly magic.  The descriptions made the pictures in my head extremely vivid and made it easy to follow what was going on.  These books are quite advanced, but if you're up for the challenge, you will be amazed! 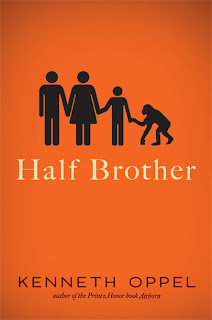 Suppose your parents bring home a chimp so that they can teach him sign-language -- plus you have to treat him like a younger brother.  That's what 12 year old Ben has to deal with.  At first, Ben doesn't like Zan (the chimp) or the plan, but when Zan has to leave, Ben will do anything to get him back.  This book is written in a suspenseful way that keeps the reader always wondering what will happen next.  You also really grow to like Zan as you get to know him better because he has an interesting, quirky personality.  This book is absolutely brilliant. 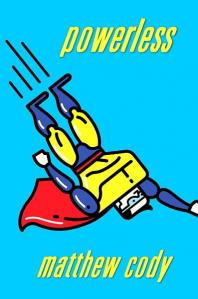 After hearing rumours about the mysterious saviours who have rescued people from doomed situations, Daniel thinks that his new town is definitely weird.  Little does he realize at first that his new friends are actually those rescuers.  In an encounter with a bully who seems to have supernatural abilities, Daniel learns that his friends and a few other kids have superpowers, but only until they turn 13 years old.  Is Daniel the only one who can stop them from losing their superpowers?  This book keeps you wondering about why the kids' amazing abilities disappear and what can be done about it, without letting any parents know what's going on.  I would recommend it to anyone who likes a blend of mystery and superheroes. 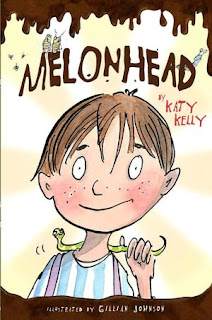 Melonhead (whose real name is Adam Melon) is a 10 year old boy whose brain is bursting with excellent ideas.  Unfortunately, those ideas often seem to land him in some kind of trouble, much to the chagrin of his parents.  The (mis)adventures of Melonhead and his friend Sam as they try to come up with a perfect idea for their class' inventing fair keep readers excited and laughing out loud throughout the entire book. 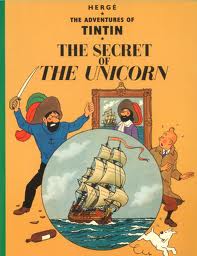 The Tin Tin books are loaded with adventures that take place in realistic settings all over the world.  Tin Tin, a young reporter, and his little white dog, Snowy, find themselves solving various mysteries, and there are always thrills and some good laughs for the reader involved along the way.  According to Will, the Tin Tin books are really exciting "because bad things always happen to Tin Tin but he always manages to rescue himself."  The comic book format, with its colourful graphics alongside engaging text, is also very appealing to readers.

Beast Quest (a series of books by Adam Blade) 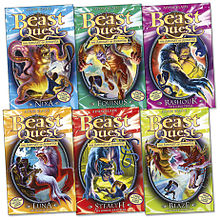 An evil wizard has put a curse on Taladon the Swift, Master of the Beasts, and all of the beasts have turned evil.  The only way to fix things is for Taladon's son, Tom, to collect a piece of golden armour from each of the beasts he encounters, so that he may return his father to full life.  Every book in this fantasy series is set in a new fictional location and describes a new scary beast that Tom must defeat to reach his ultimate goal.  The creativity of the imaginary characters and settings and the high level of adventure in these books seems to be very appealing to boys Will's age.  (Based on how many of these books Will has signed out of the library lately, I think he finds them a thrilling read!)


Noah and Will and I will be back with more book suggestions over the coming weeks;  I hope your family will find something new to enjoy from our list!  We'd also love to hear about your recent good reads for kids of all ages in the comments section below!