Lessons We Can All Learn from Suzanne's Rainbow Loom Videos 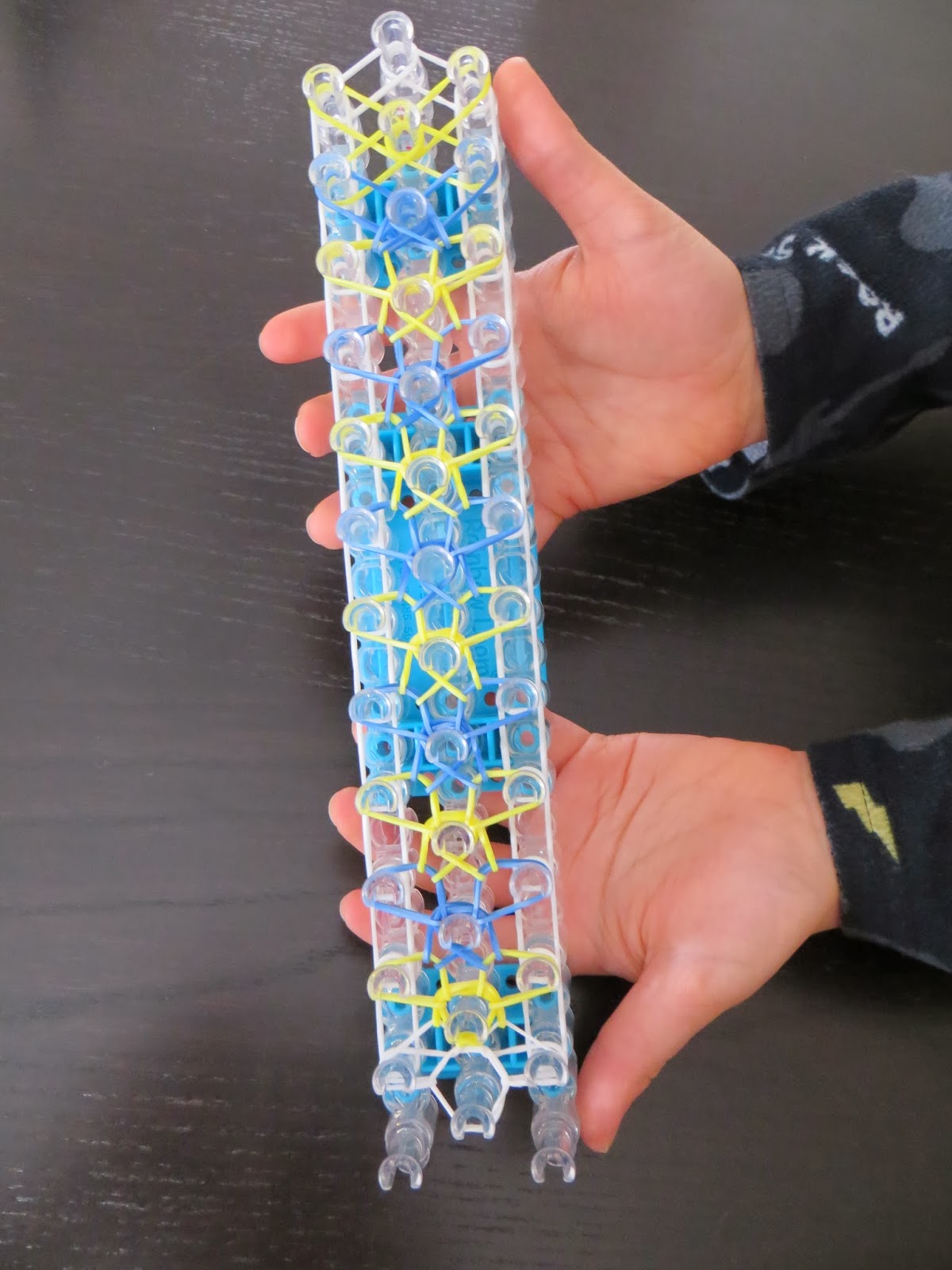 I know, I know.  You're wondering if I've become as obsessed with the Rainbow Loom as Will has, because this is my third post in a week that mentions it.  But I need to talk about Suzanne one last time today, and once you read this post, I hope you'll understand why.  (If you don't know what I'm talking about, you can catch up here and here.)

Suzanne and I have exchanged several friendly email messages over the past few days, and it has been so nice to talk with her.  Last night she told me that reading my follow-up post made her quite emotional.  She told me about the cruel comments that sometimes get posted below her videos on YouTube, and how they get to her every now and then, not because they hurt her feelings, but because it makes her sad that children think it is okay to say such mean things to other people.  She said she was so glad to have Will's story to think about now whenever she reads an unkind note about her or one of her videos.

I usually avoid reading comments on sites like YouTube, because I've found they can be a minefield of nastiness. But after Suzanne mentioned the mean messages she's received, I felt compelled to take a look at the comments under several of her videos in an effort to understand better what it must feel like to be her.  I found a lot of thank yous and praise for her, which was nice, but interspersed with those words were ones that were incredibly rude and hurtful.

"are you freaking serious, when i took it off it fell apart, i dont care because it was ugly anyway"

"You are sooooooooo bad"

"Thanks for making kids cry"

"Hey old woman u make it to complicated"

I also found a whole litany of swear words that are not fit for repeating here.

I am not Suzanne, but reading those comments (and knowing that many of them came from children) made me feel sick and heartbroken.  It seems that so many people in the comments section have forgotten that while Suzanne may seem to be only a voice and a pair of hands on the screen, she is, in fact, a real, whole person with feelings.  Sadly, based on what I've seen in my own online interactions with people, some adults have a hard time remembering that there are human beings somewhere beyond their screens, too.

As parents in an era where social media is everywhere, we have an important responsibility to monitor our kids' online activity, and to set a good example for them by holding ourselves to the same standards of behaviour we wish to see from them.  I often have conversations with my boys about how every word we write online has the power to bring either happiness or hurt to others, because even if we can't physically see it, there is always a real person on the receiving end of our comments. The ages-old teaching of treating others the way you wish to be treated still needs to apply to our human interactions, even when our methods of interaction change.  The notion of being kind to one another should never become obsolete.

What started out as a cute little post about Will's latest project has turned into something much more meaningful for our family over the past week.  I've shared Suzanne's messages with Will and Noah as a reminder of how people feel when they read what others have written about them.  I hope other parents will do the same, and keep a close eye on what kinds of comments their children are leaving on social media sites.  It turns out there are lessons much more valuable than bracelet-making contained on the pages of Suzanne's Rainbow Loom instructional videos.  If we don't teach our kids now about what it means to be human, who will?