She was with us for four years before he came into our lives.  It was her that I used to hold on my lap and speak to sweetly to calm her skittish nature, her who helped me learn how to care for and nurture someone little who depended on me.

When he arrived twelve and a half years ago, filling our hearts with a love that surprised us with its intensity and made us drunk with a new kind of joy, our once quiet home echoed with the unfamiliar sounds of a crying infant first, and later, of the inquisitive exploration of a bright toddler.  Confused, she took to spending most of her days hiding in the basement whenever he was awake.  She did not know what to make of this curious creature who had taken over her spot on my lap and whose unexpected movements seemed foreign and frightening to her.  She was not sure that she liked it at all. 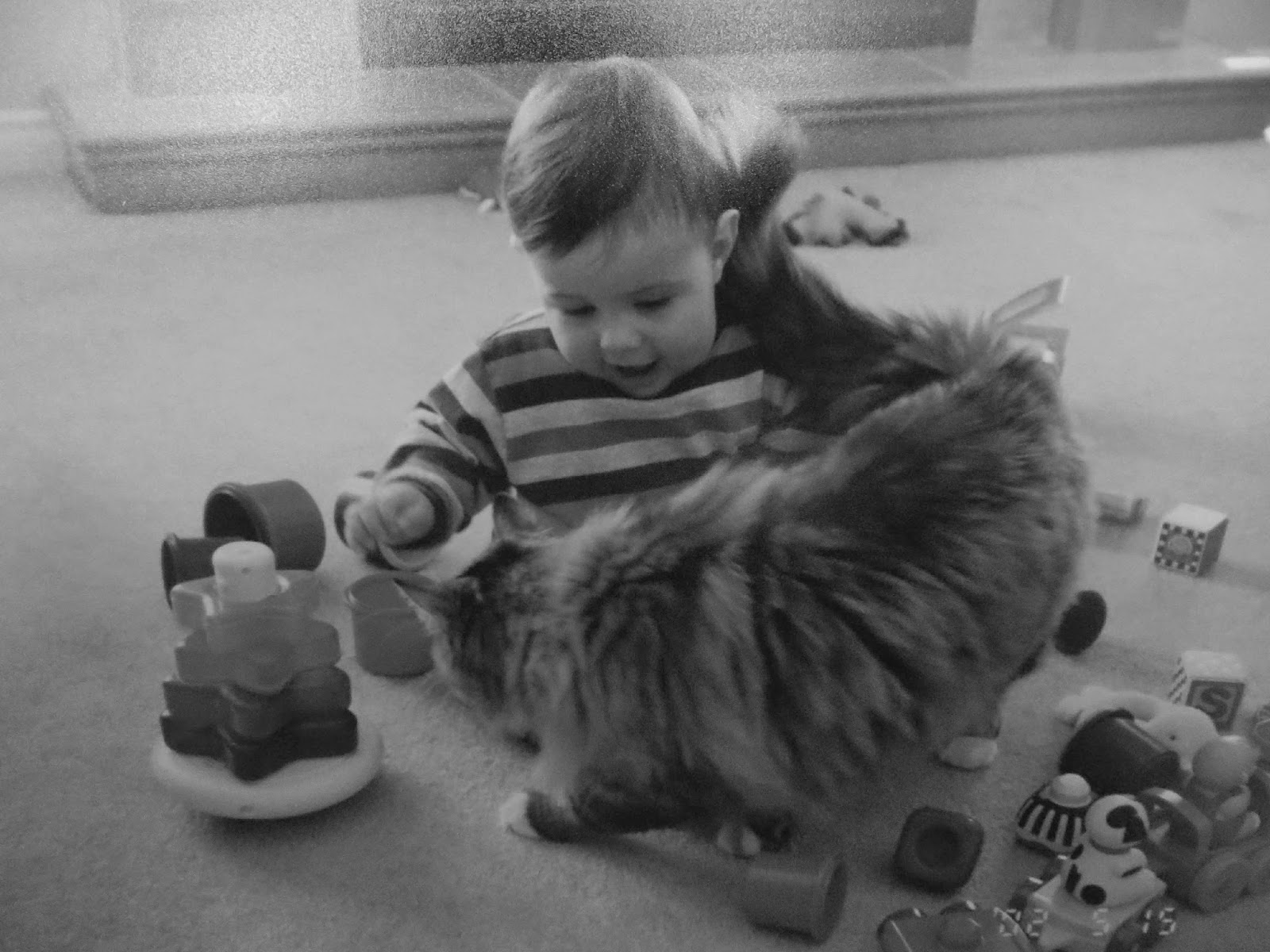 Now she greets him at the doorway of his room each morning when he rises, and at the doorway of our home each afternoon when he gets back from school.  She howls at him to get his attention, obliges him with an enthusiasm that is surprising for a sixteen-and-a-half year old cat when he invents a new way to play with her, and spends every single afternoon curled up contentedly beside him on the couch while he crafts new worlds on his laptop and enjoys the warmth of her purring body next to him.  Those who say that a dog is a boy's best friend have never seen the joy that this cat and this boy find in each other's company. 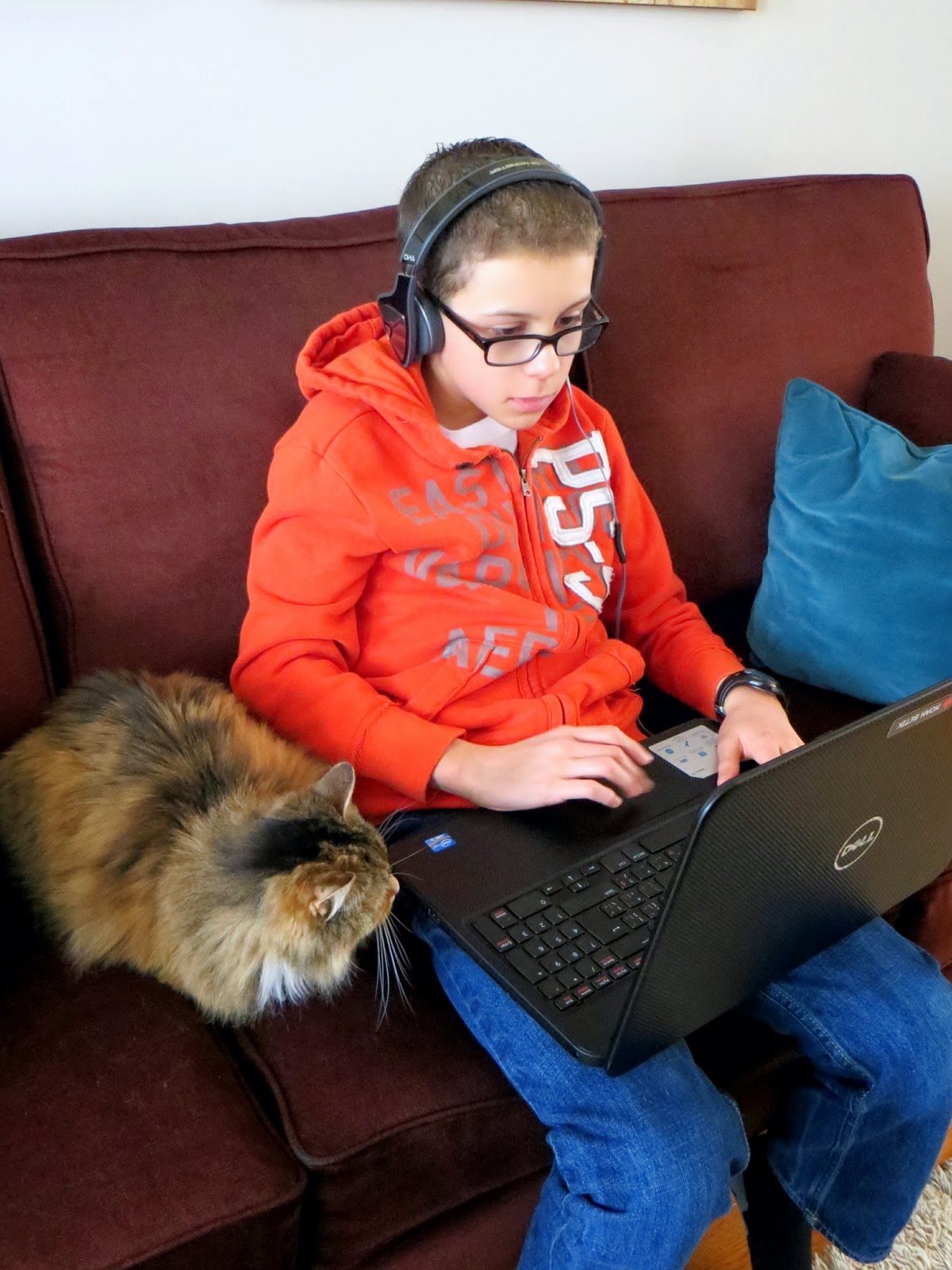 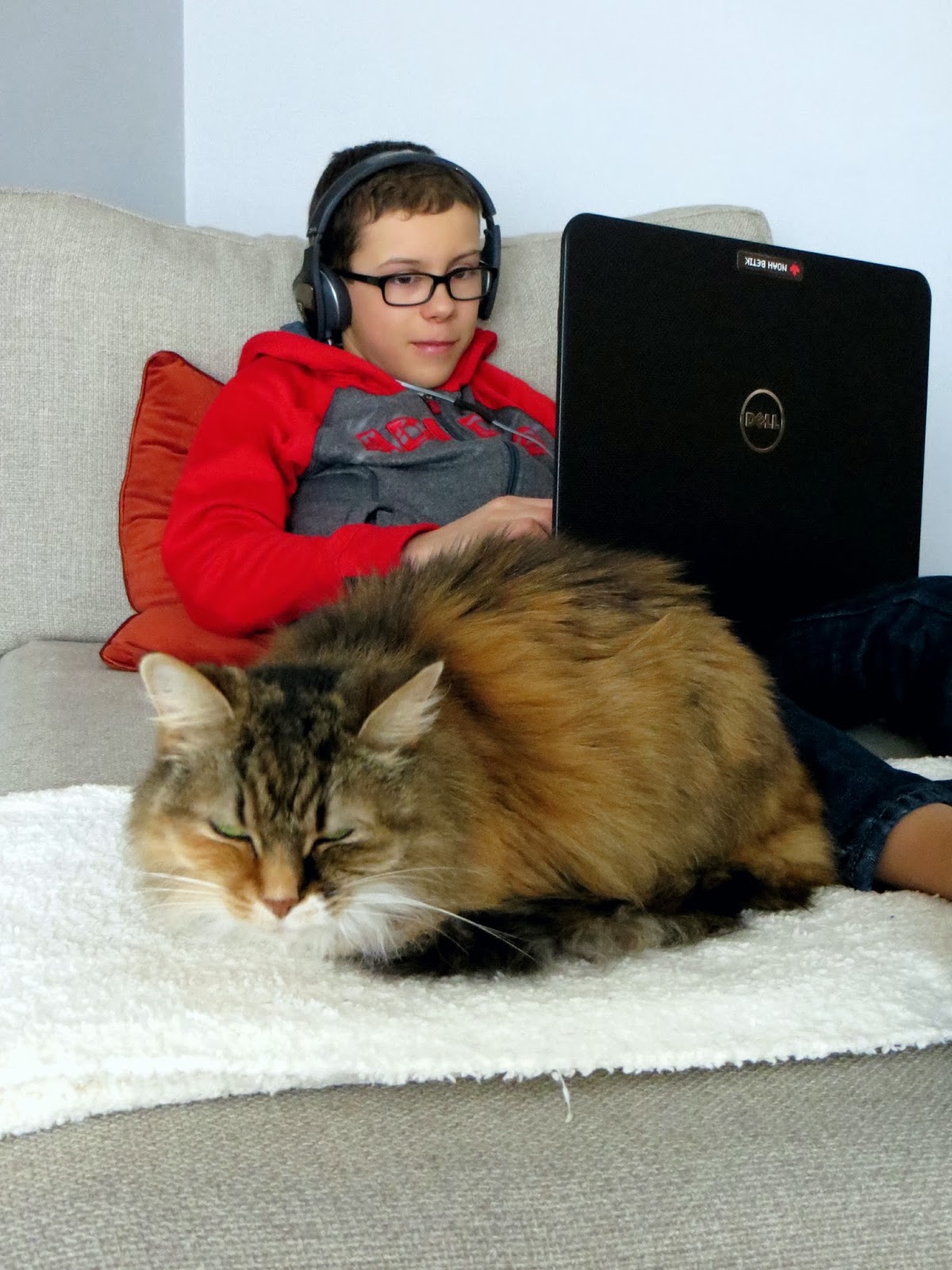 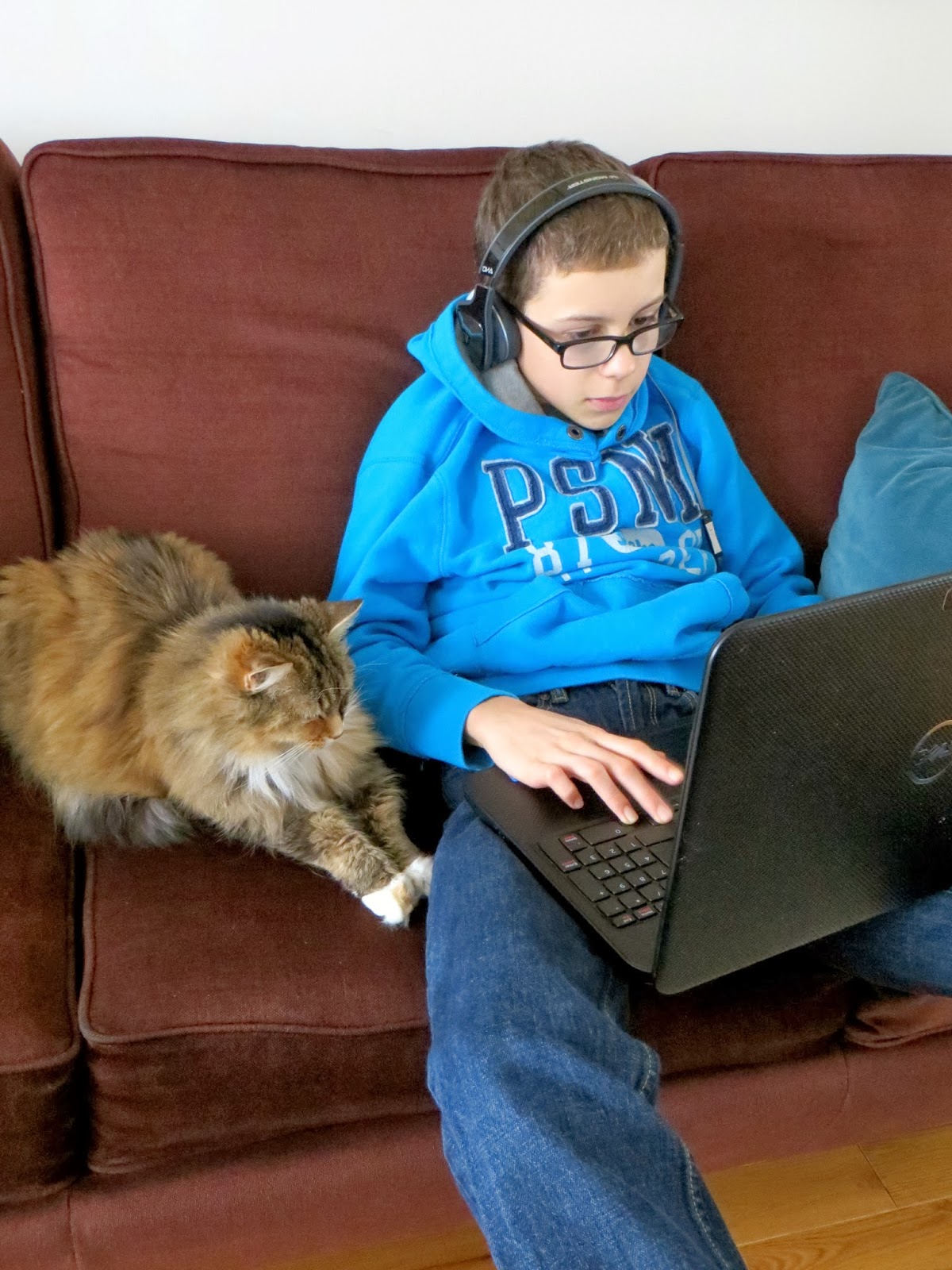 Somehow watching them sitting quietly together each afternoon makes me wish a little that I could keep them both here with me, exactly as they are now, for always.