A Tiny Tale (Tail?) of Horror

It started out as a perfectly ordinary Wednesday morning.  Noah and Will and I were shuffling around the kitchen table in the early hours, setting out breakfast and rustling through the day's newspaper to find our favourite sections to read.  Beyond the windowpanes, the sky was still cloaked in darkness, and the room was hushed in the way that kitchens are when its inhabitants are still partially asleep. I fed the cat while I was waiting for the oatmeal to finish cooking, noticing for the second morning in a row that she had eaten an unusually large amount of dry food overnight. I then walked over to a drawer to take out some fresh kitchen towels to use.

The towel drawer looked as it always does; it was neatly stacked with colourful rows of soft, folded drying cloths.  I closed my fingers around the towel closest to the top and was pulling it towards me when a loud storm of tiny, hard objects suddenly rained down on the drawer's wooden bottom. Gasping, I jumped back from the drawer, which startled the boys and had them both hopping up from the table to see what was wrong.

The three of us cautiously peered over the drawer's edge and saw that where the towel had been, there was now a vast collection of cat kibble and a sad, half-eaten jellybean (a remnant resurfaced from a long-forgotten trail left by the Easter Bunny many months ago).  We all looked at each other in silent bewilderment for a second. I broke the stillness with a quiet question, my mind daring to hope for a different answer than the one I was already pretty certain of. 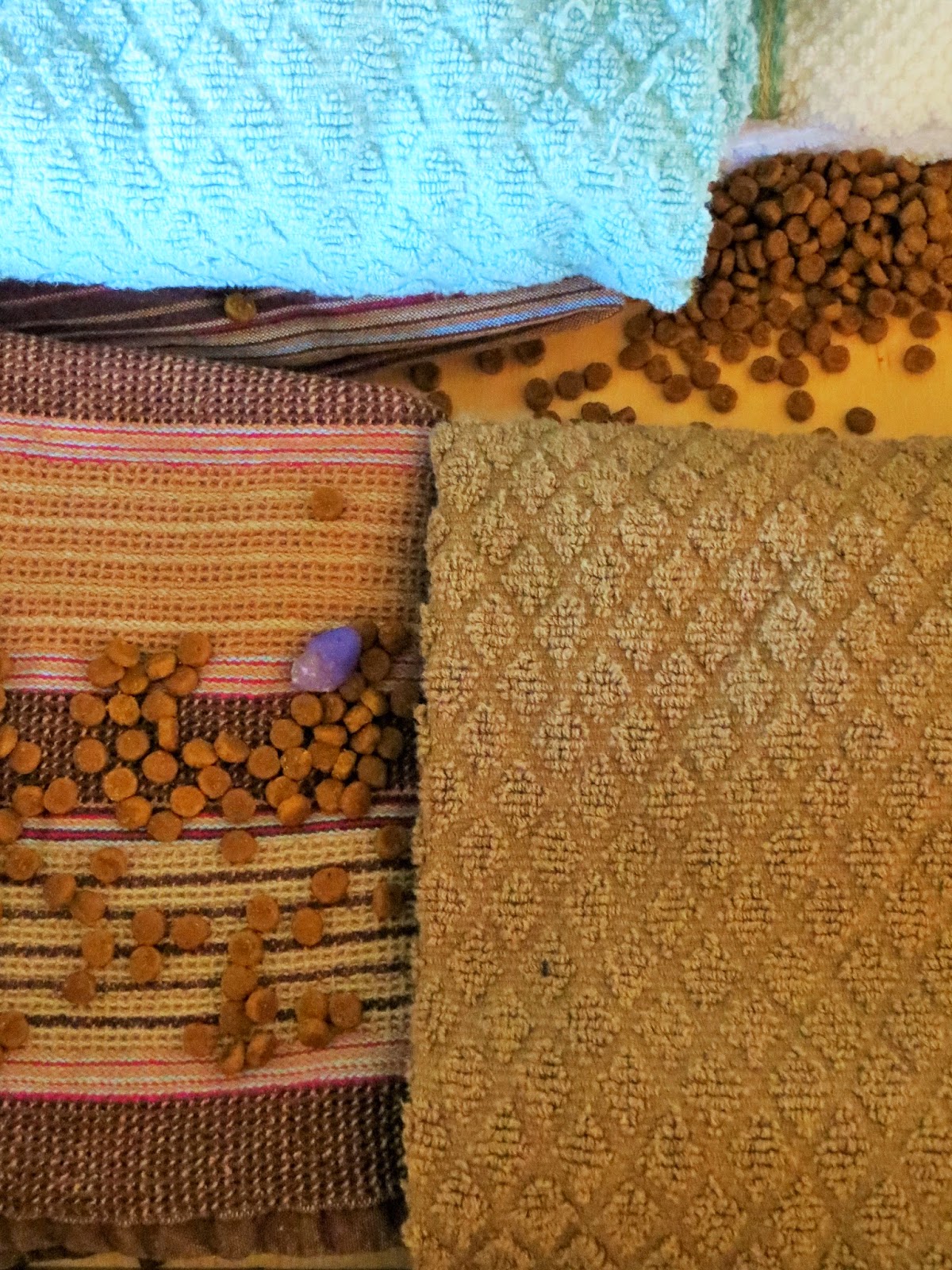 "Did one of you maybe do this as a prank?  An early Hallowe'en trick, perhaps?"

Their wide eyes and solemn, shaking heads told me this was no joke.  And then all hell broke loose in our kitchen.

I was blurting out frantic phrases about mice(!!!) and taking quick, panicked pokes at the remaining towels in the drawer, afraid that the tiny cat food burglar(s) might still be lurking within the folds. Will was shrieking periodically in horror, his mind already having conjured up giant-sized rats with red eyes and rabies and a taste for old purple jellybeans living within our walls.  Noah was plotting an elaborate covert mouse-catching mission, involving the mounting of his Go-Pro camera in a strategic location so we could live-stream the culprit's every move and then use this information to lure it into a little cage.  It was a miracle that anyone ended up at school on time this morning.

I have now spent the day Googling "how to humanely deal with mice in your house", because it is obvious that having a cat does not guarantee a rodent-free living situation. 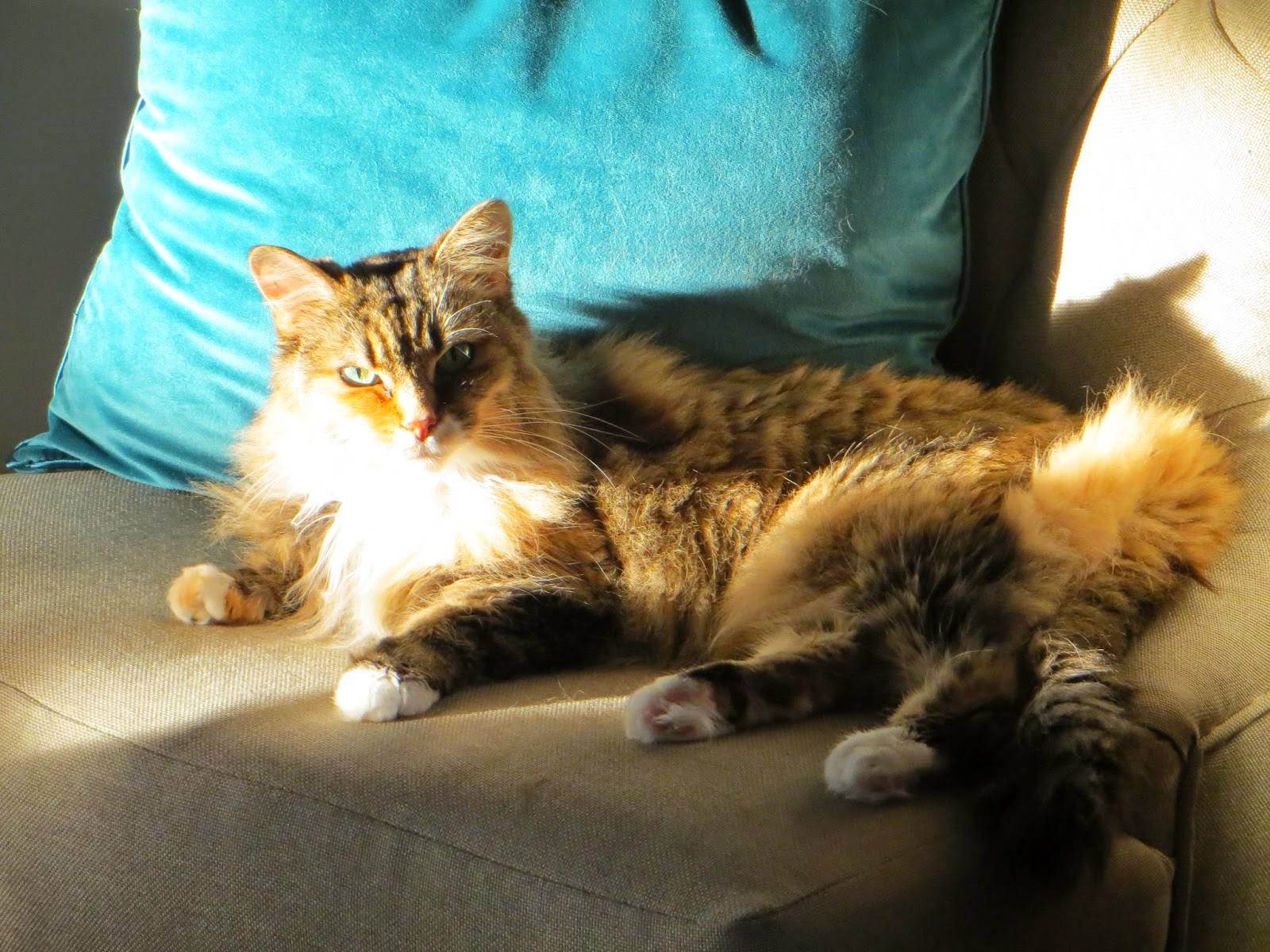 Does this look like a cat who is bothered by the fact that a mouse (mice?) is stealing all of her food at night and socking it away in a towel drawer?  No, I didn't think so either.

I suppose there are worse stories about rodents living in people's houses.  (Like the time when a black squirrel chewed through the walls of the Toronto house Matt lived in with friends years ago, and we found the furry critter sleeping among the towels in the linen closet one day!)  Still, this is definitely a situation where SOMETHING MUST BE DONE!!! If you have any tips for helping little mice pack up and move out in a way that won't upset boys (and a mom) with sensitive, animal loving hearts, I'm all ears.