On flying ants and fear 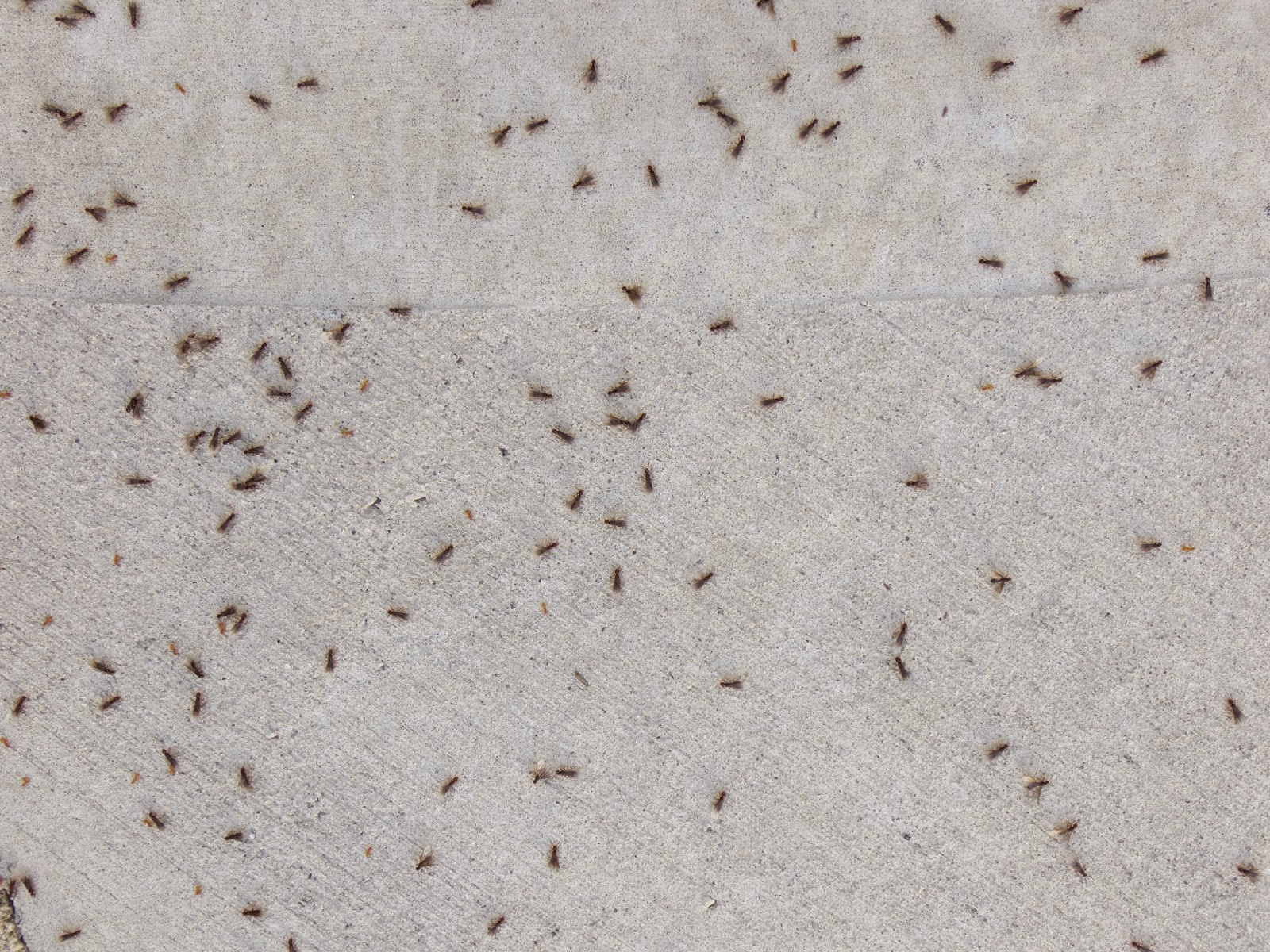 A strange thing happens here sometime every autumn.  Invariably, we arrive home one afternoon to find a massive colony of flying ants clustered on our front steps, except that they are not flying when we first see them; they are wandering about in every direction on the ground, and there are so many of them that it looks like the very steps themselves are crawling.  At first glance, this ant situation is about as horrifying as you're probably imagining right now. Will flat out refused to go in the front door when he discovered this year's winged ant explosion and instead burst breathlessly through the less-convenient back kitchen door to tell me what he had found.

I was as startled by the ants as Will was, but I did not want to spook him further by freaking out over them, so I remained calm and encouraged him to come and watch them through the window with me from a safe spot inside the house. (Really, I didn't know what I could do about the swarm anyway, because as much as Will is afraid of ants, he is also a tender-hearted keeper of all creatures, and it would have upset him if I had exterminated even one of the creepy-crawling things.)  We both stood quietly for a while, our eyes following the tiny, determined insects as they slowly spread out in droves over the entire front walkway.  And then suddenly, one by one, the ants began to spread their delicate wings and rise above the earth.

It was a completely different story once those unnerving creatures began to fly.  The ants floated off one after the other like bubbles dancing in a gentle breeze, each small speck eventually disappearing on the bright blue horizon against the late afternoon sun, until finally there was not a single ant remaining. Will and I both experienced a moment of wonder witnessing them take this important flight to begin the next phase of their lives; the anticipation and possibility contained in that migration was palpable. And it hit me just then that often what we are most afraid of need only to be looked at in a different light to become something beautiful and inspiring instead. 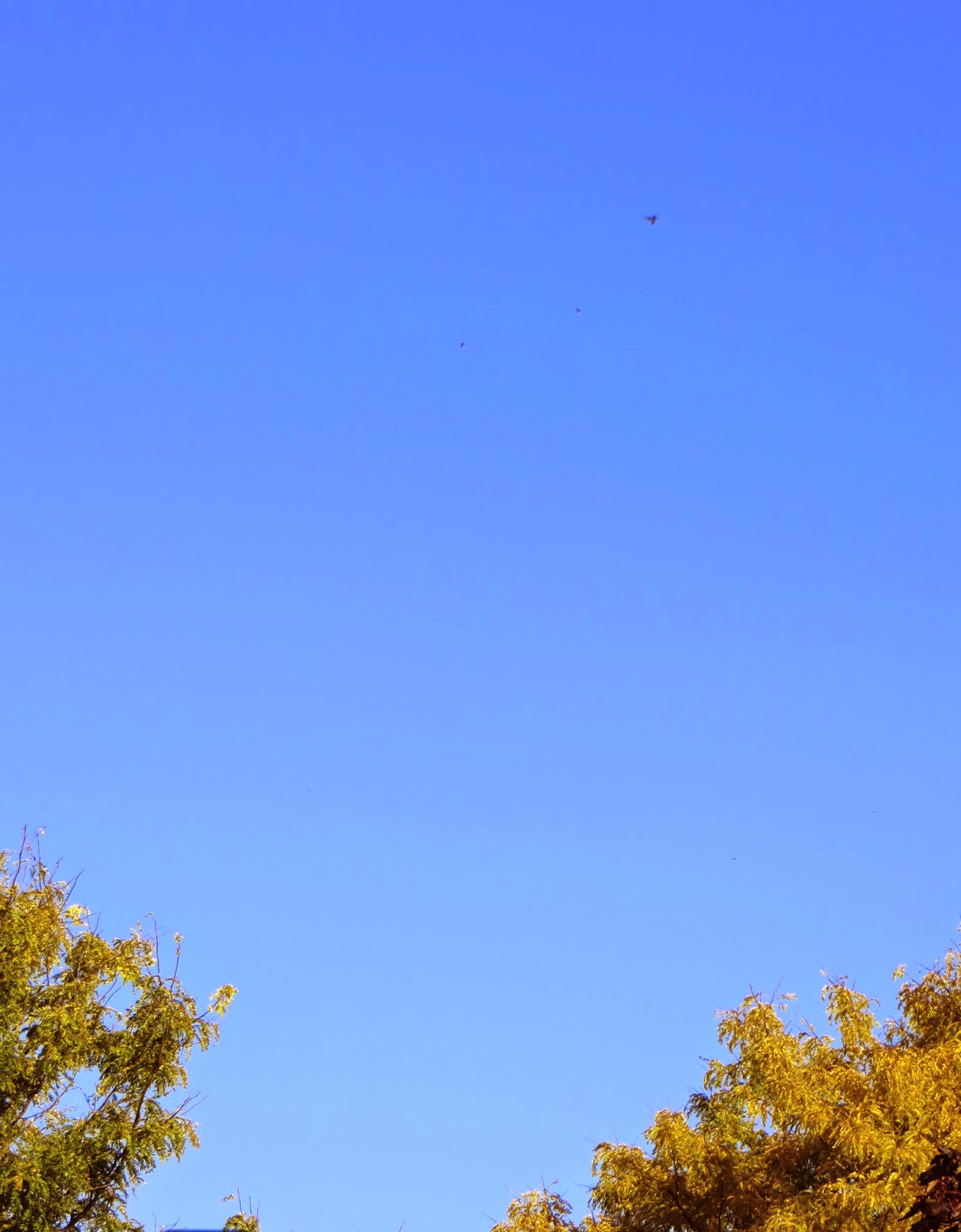 This past weekend I attended BlissDom Canada, an exciting three-day blogging and social media conference packed with engaging sessions and powerful speakers, including Derreck Kayongo, whose lively telling of his Global Soap Project filled me with hope. I was thrilled to be there, and came away from the conference with a sense of connection and my brain buzzing with new and interesting ideas.  I was also confronted by some nagging anxieties over those three days. Despite the fact that it was my third year in attendance and many of the faces I saw there looked familiar, I still felt nervous and lacking in confidence. I couldn't muster up the courage to introduce myself to the some of the people I wanted to, and I felt self-conscious and tongue-tied sometimes when opportunities for conversations presented themselves.  I was reminded of the goals I had set for myself after the conference last year, and while I am pleased to say I accomplished some of them, I will also admit that fear has kept me from chasing some of my biggest dreams.

This year's conference has ignited a spark in my mind and my heart and inspired me to look at what scares me from a new perspective. I will stop worrying about possible failure or disapproval should I venture into the unknown, and start imagining instead the possibility for success and deep personal satisfaction.  I want to spread my own wings in the warm sunshine and believe wholeheartedly that I have it in me to fly.  I'm excited to see where my new-found bravery might take me....