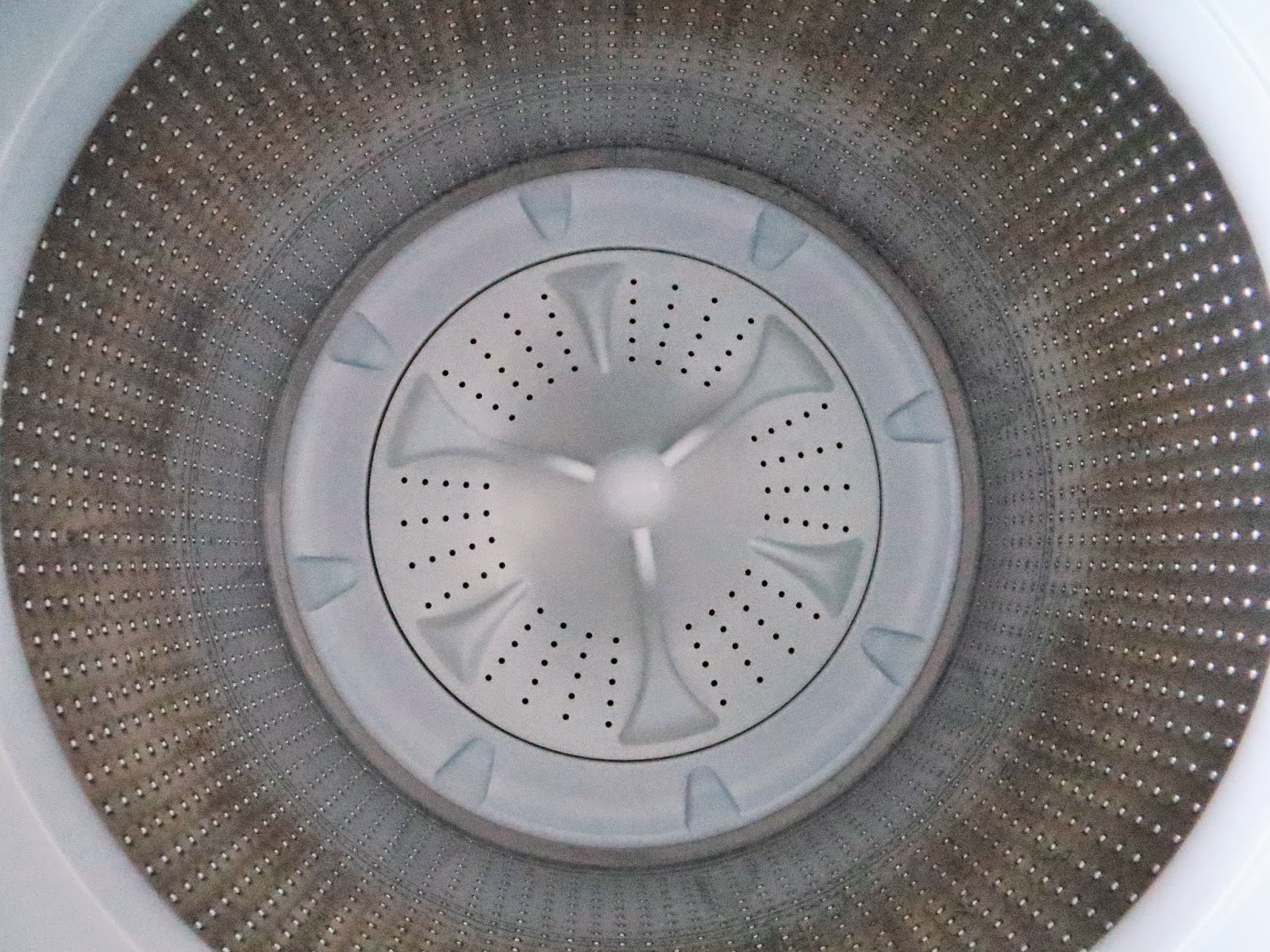 Our washing machine died yesterday. It was in the middle of a load of laundry, and something went wrong with the sensors or the mechanism that shifts things from one cycle to another. The washer was trying to spin the clothes dry while it still had a tub full of rinse water, and that brought a sad and untimely end to the motor. The machine, a high efficiency top loader with no agitator, was only three and a half years old.

This is the second washing machine of ours that has bitten the dust in the seven and half years we've lived in this house. Our previous washer was a high efficiency front loader, and one day, we heard a frighteningly loud THUNK from the laundry room while the machine was spinning. The drum had somehow separated from its housing, and the repair bill was going to be more than the cost of buying a whole new washer. That machine was just under four years old when we bid it farewell.

Now I think I should say here that we are not especially careless or violent laundry doers in this house. We do wash a lot of clothes, to be fair, and sometimes the odd thing that shouldn't go through a washing machine ends up in there -- forgotten Kleenexes or quarters, for example, or, just last week, both boys left their USB sticks in their jeans' pockets and they got a good soaking (uh oh!) -- but we generally do not place our washing machines under undue stress. I am scratching my head today, trying to understand how we're already needing to buy yet another device for laundering clothes.

Matt and I spent a long time looking at washers yesterday and reading reviews, and we're not feeling especially hopeful about any of the options out there, as virtually all of the types of machines seem to have their own problems. It seems to us that the best washing machine we know of is the basic one we had when we were first married. It lasted us ten years and was still going strong when we sold it to the new owners of our last house at their request. (We should have kept that washer; I bet it's still working.) A salesperson yesterday told us the horror story of a couple whose newer front loader spontaneously released one of the cement bricks housed within it for stability; the brick smashed through the glass door of the washer while the drum was spinning, and it was travelling with such speed and force that it ripped a hole right through the laundry room wall! Who knew that washing clothes could be so dangerous?

After much thought and discussion, Matt and I have decided we're going to go back to basics: tomorrow a new "old school" washing machine with an agitator and no fancy electronic components will be delivered to our house. This seemed the most logical choice after our recent experiences, because a) in theory, the fewer bells and whistles the machine has, the less opportunity there is for something to go wrong, and b) I would really rather my obituary read something other than "Death By Laundry".  I know that the older style of washer is not a particularly energy efficient option, but somehow putting a busted up hunk of steel out to the curb every three or four years doesn't seem all that environmentally friendly to me, either.

Will is highly disappointed in our choice, disgusted even.  He scoffs that we are living in the 80s, and can't understand why we are buying a washing machine that operates using "gears and pulleys". I told him this morning that he hasn't seen anything yet.  If we discover that they just don't make washers like they used to (wow, that line makes me sound really old), and this new machine doesn't last as long as it should, I'm going to invest in some wooden buckets and washboards next.  The concept of family chores on weekends could take on a whole new meaning around here....
Posted by Lisa at 7:31 PM