Make mine a latte

Watching the television show MasterChef Junior has ignited a spark of curiosity in Will for what can be created in a kitchen.  For weeks now, he's been telling me that he'd love to take over my kitchen for the afternoon and whip up something really amazing.

If you think this sounds like every mom's dream, I should clarify here that his curiosity only extends so far as to include wild concoctions of ingredients that probably wouldn't even be edible in their final form.  He actually has no interest whatsoever in creating a real meal in the kitchen.  That would be too much work.

It was with a little bit of trepidation, then, that I agreed to stand back and let Will make something of his own choosing this afternoon when he asked me if he could.  His eyes lit up, and I could practically see smoke coming out of his ears as the wheels turned inside that creative brain of his. Because I could clearly envision my kitchen looking more like a science lab out of a horror film by the time Will was finished with it (remember the wood pulp experiment?!), I gently suggested that perhaps he try to find a recipe for something that he could use as a starting point, to give him an idea of how much of each ingredient he should use and how he should combine things for best results.  He liked that idea, and sat down with determination in front of his laptop to find just the right thing.

I was expecting he'd find some super sugary treat recipe and declare that his afternoon project, but I wasn't even close.  The recipe he excitedly showed me on his computer screen several minutes later was for a chai tea latte. (I'm thinking this would not be a typical choice for an eleven year old boy who has been given mostly free reign in the kitchen, but then again, this is the same boy who chose to dress up as Abraham Lincoln last Hallowe'en.) 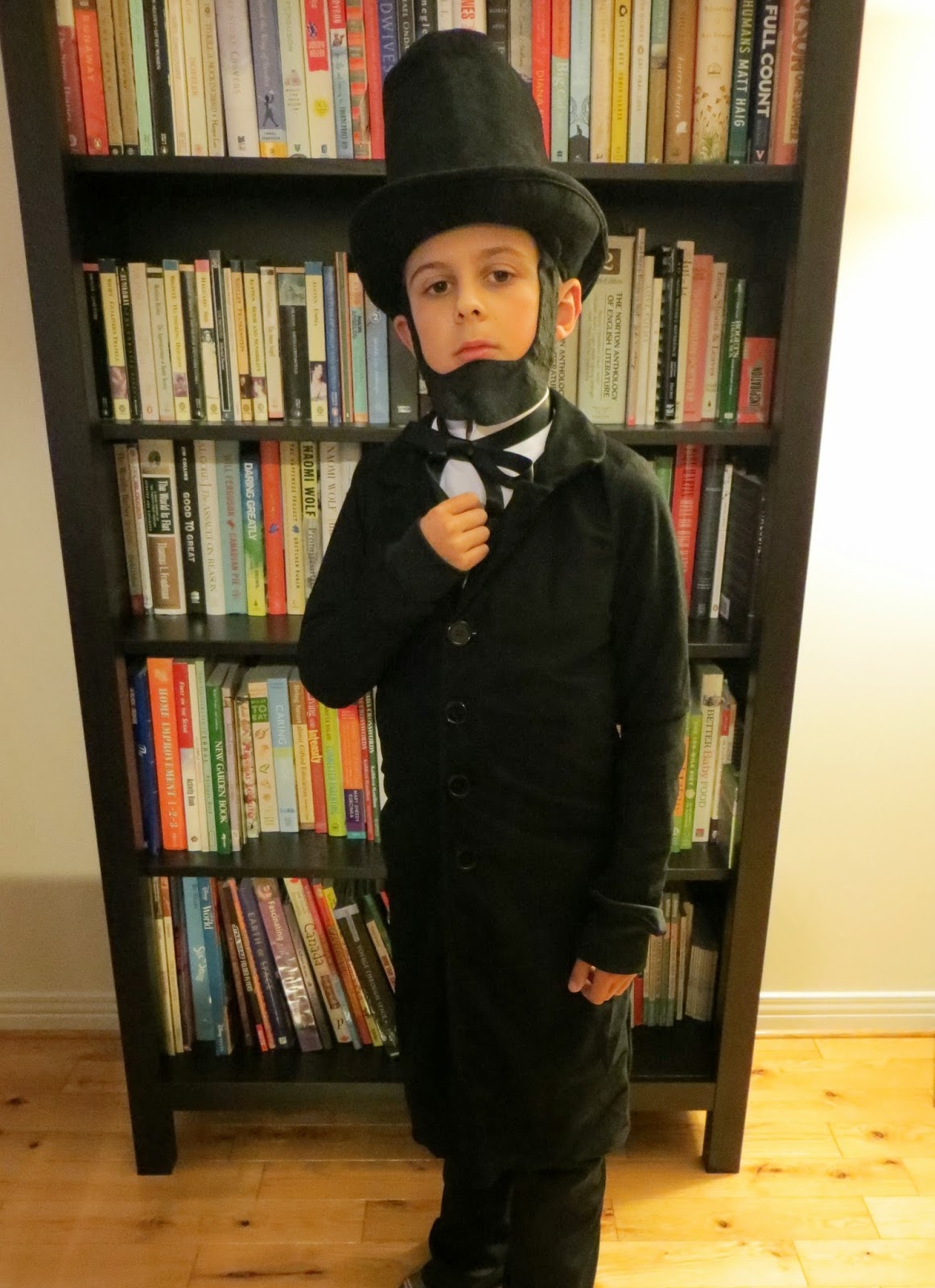 It was sweet to watch Will work through the steps of creating a warm mug of spiced tea for each member of his family this afternoon, complete with frothed coconut milk and a sprinkling of cinnamon on top.  He did a wonderful job. 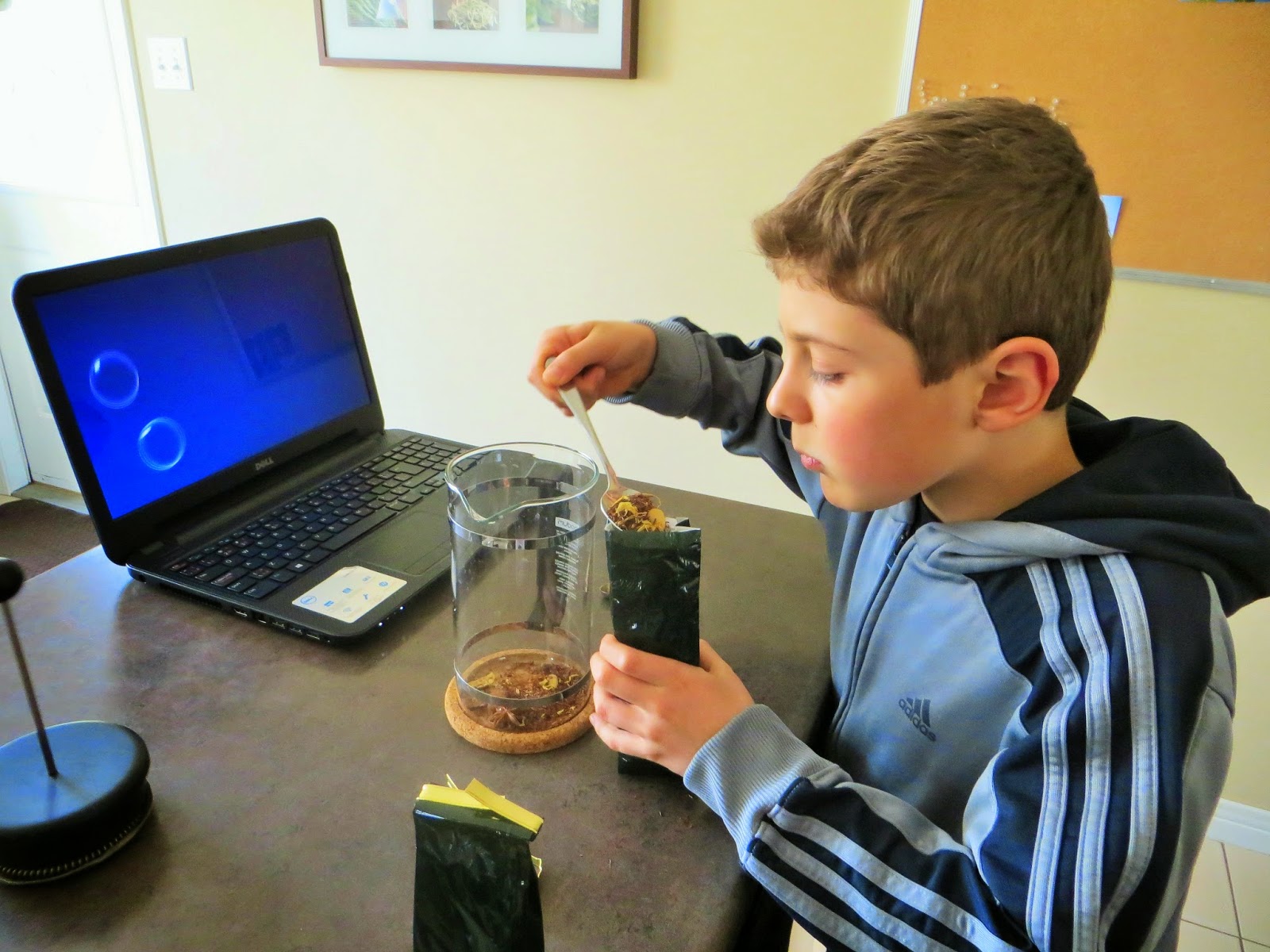 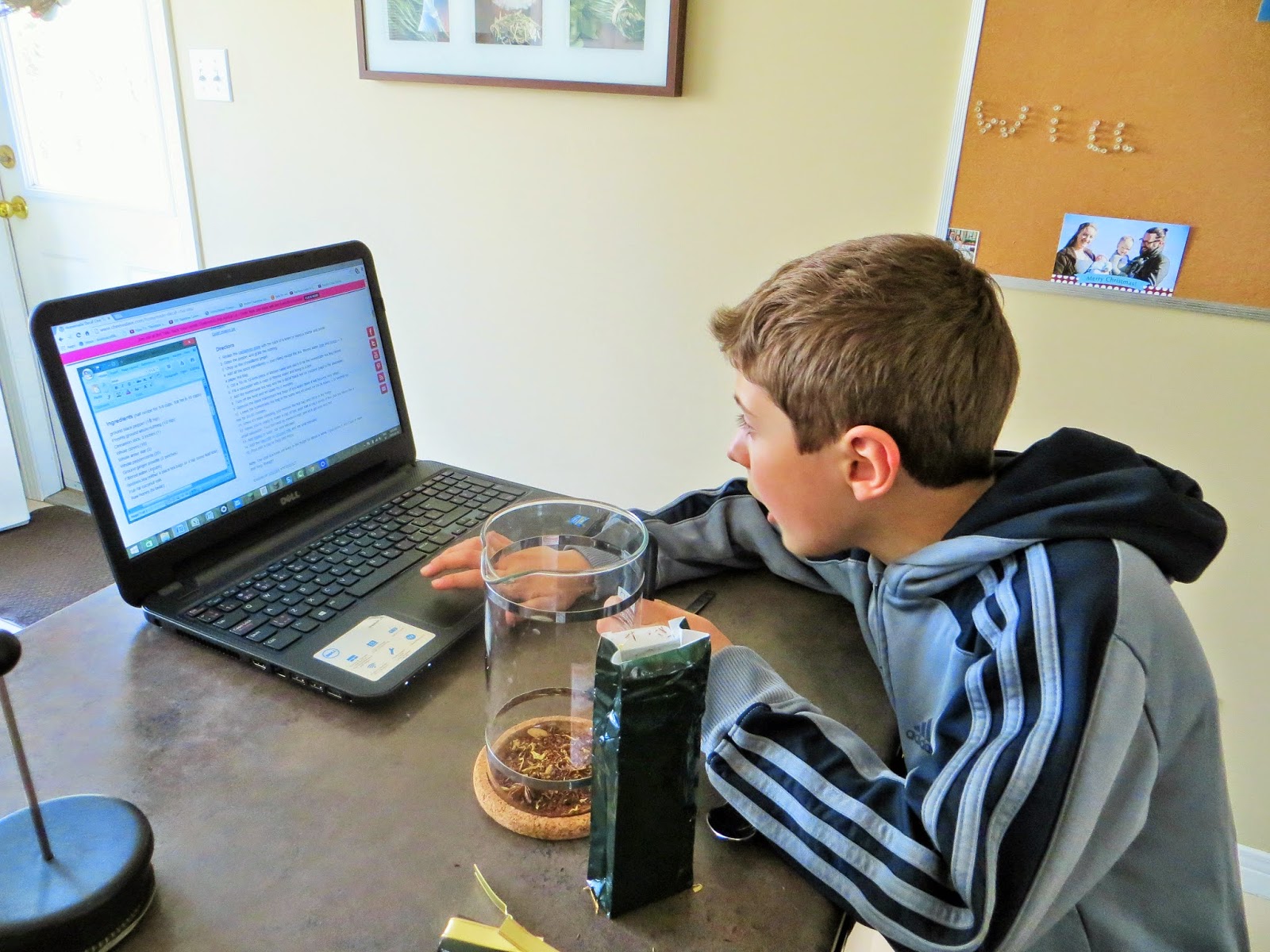 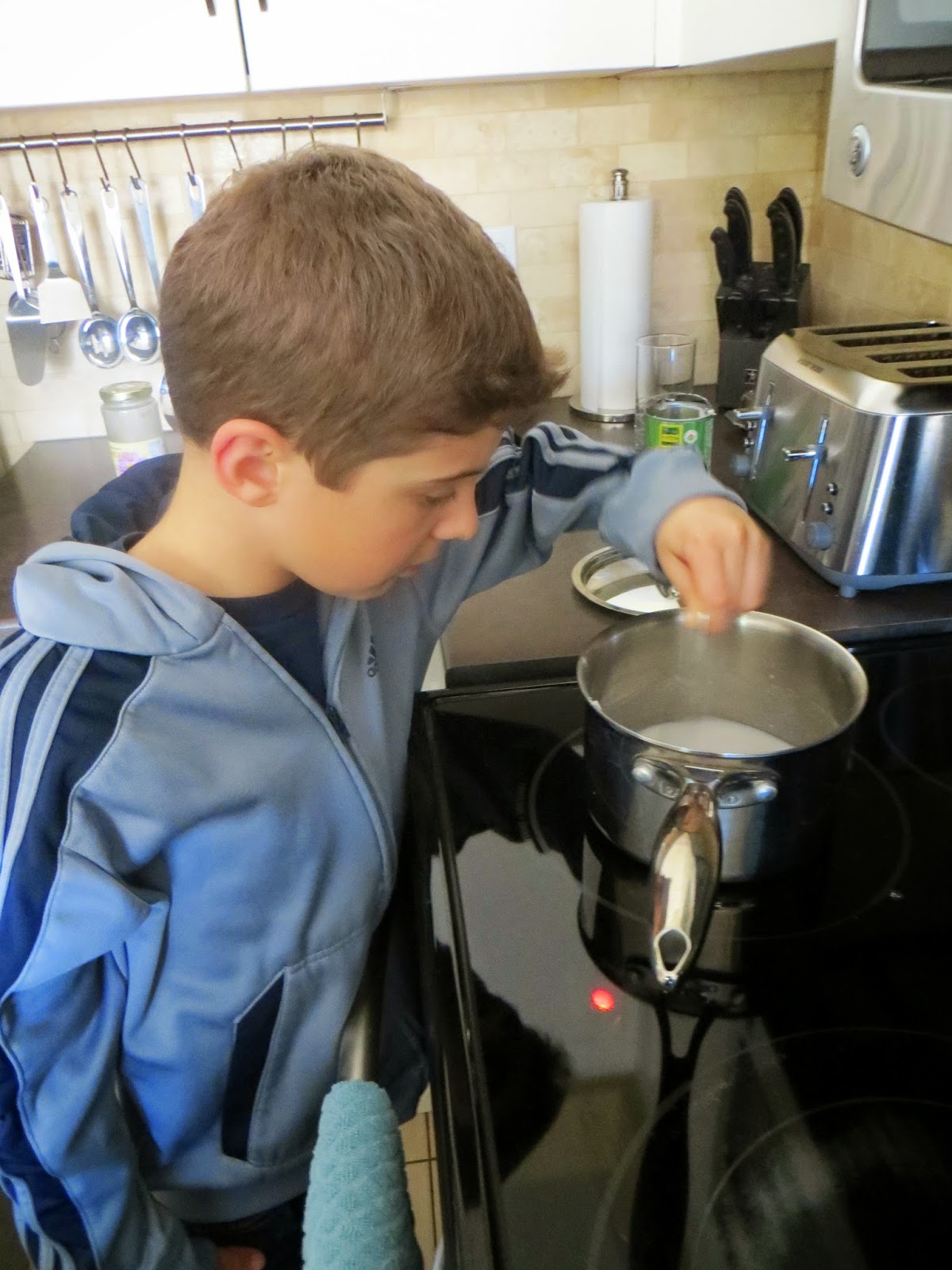 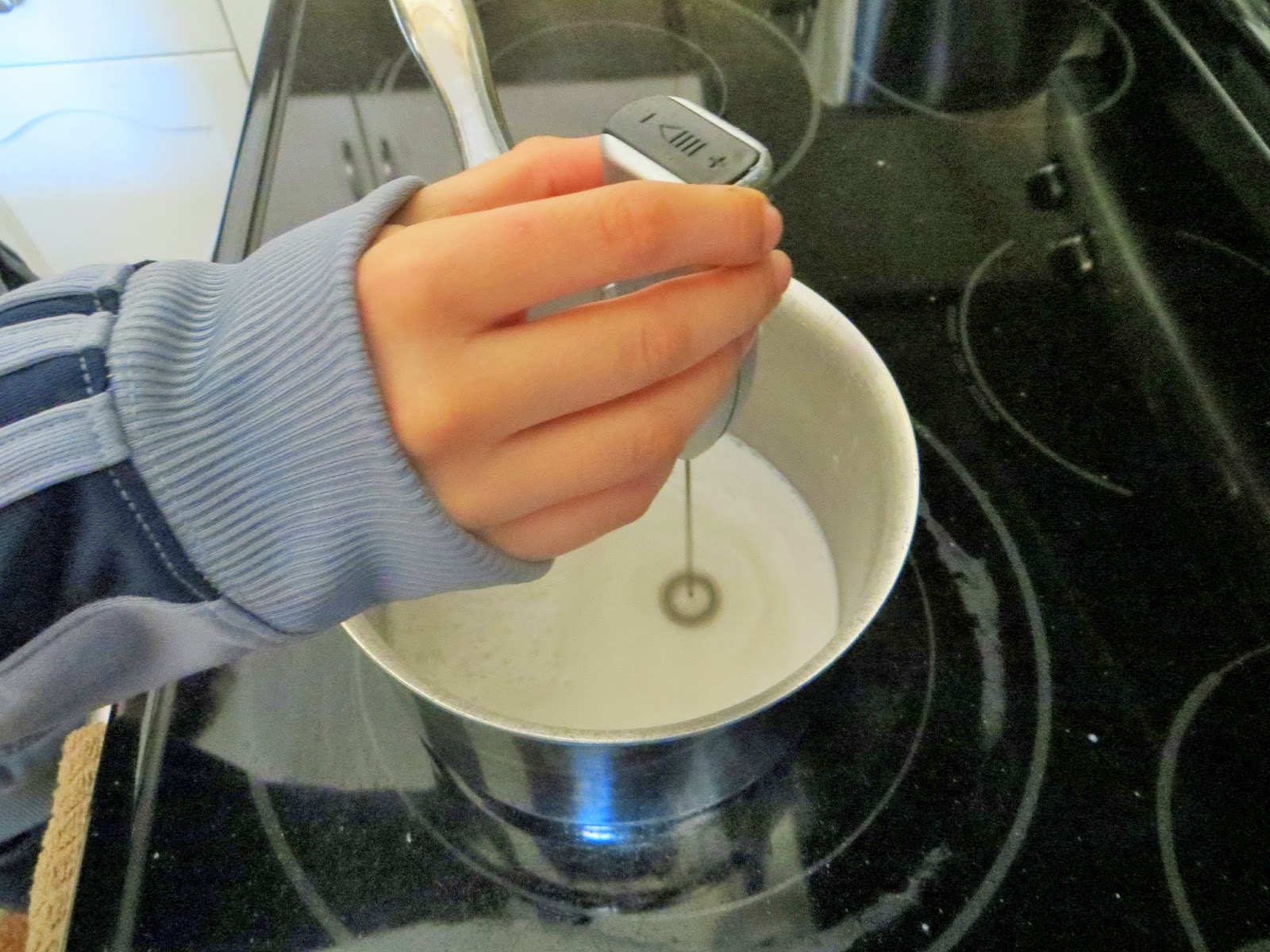 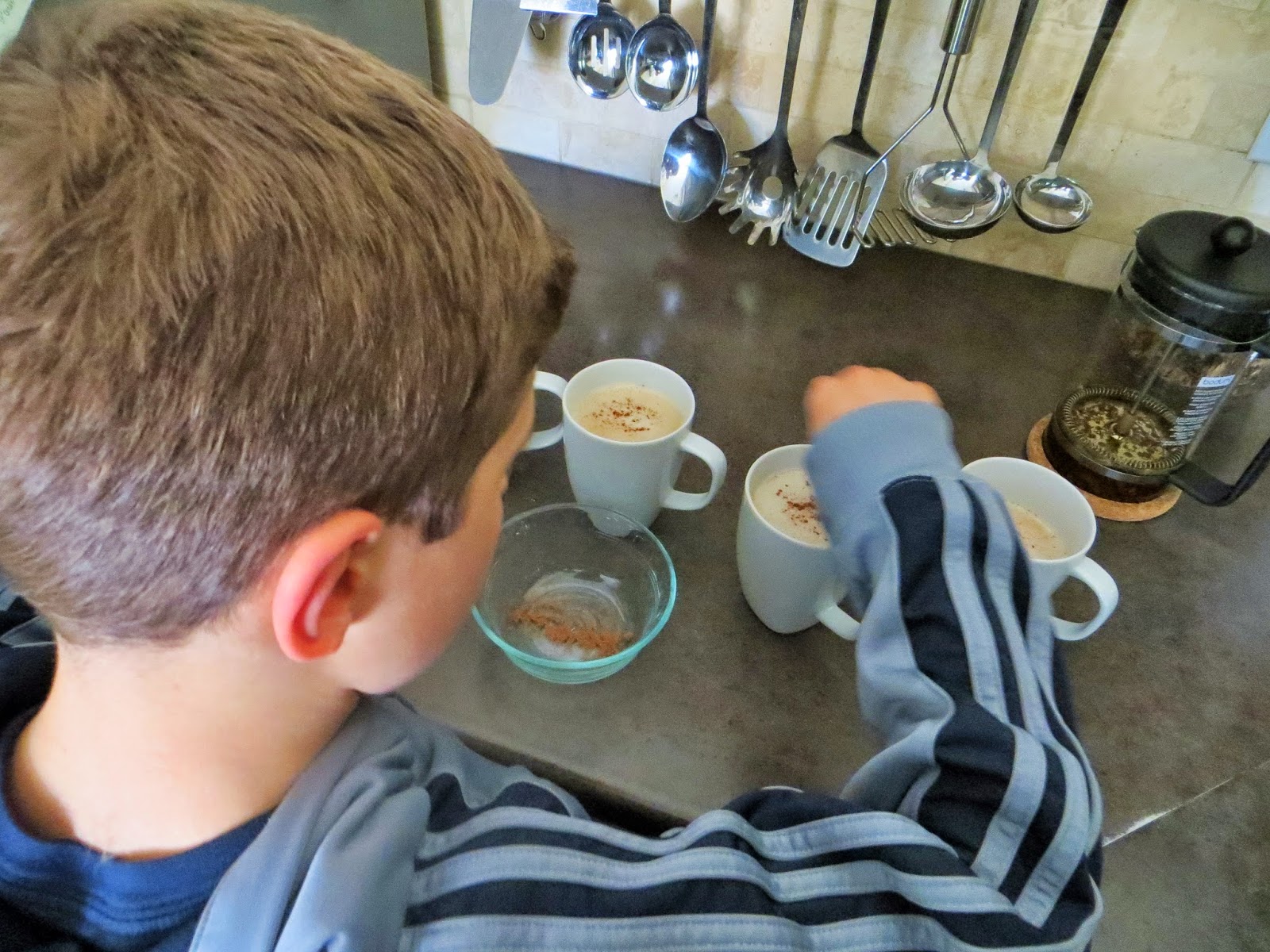 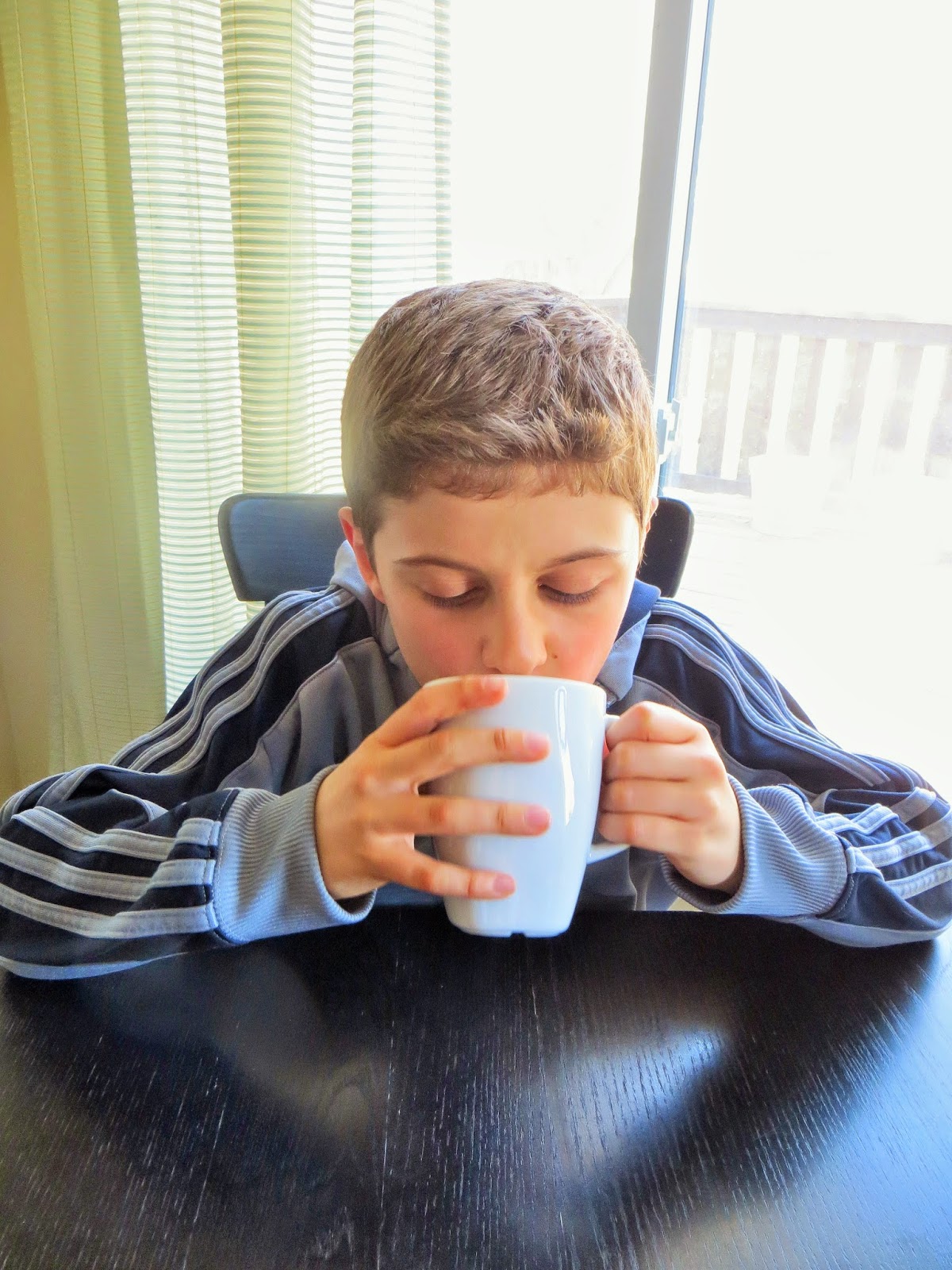 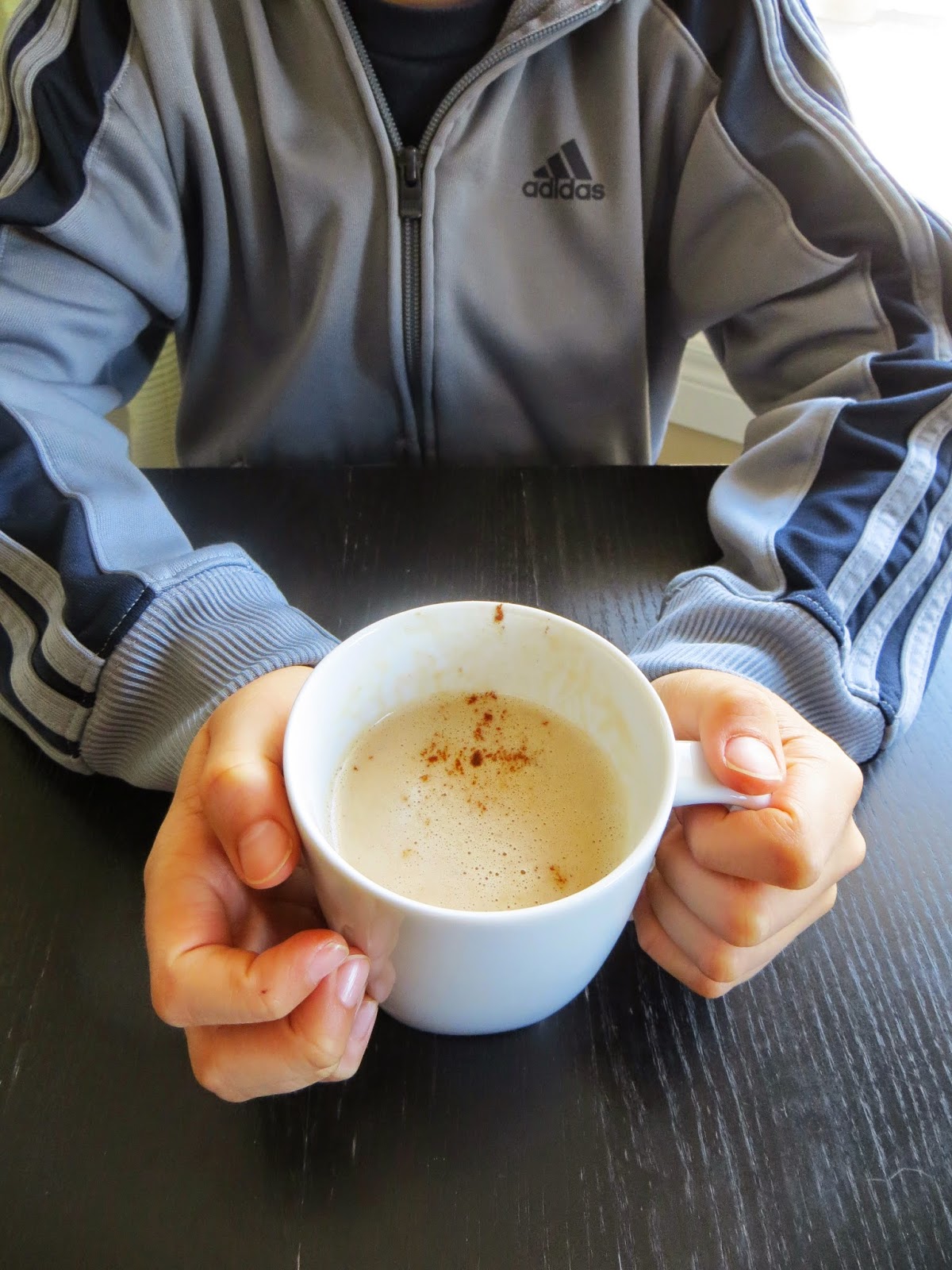 I'm starting to think there's hope that one day Will might surprise me with a delicious, MasterChef Junior worthy meal created by his own hands.  His lovely chai tea latte was an excellent beginning.