The juggling act of parenthood 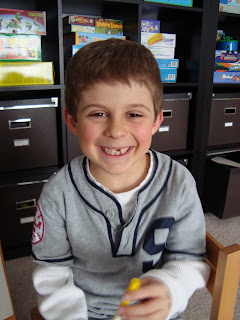 When you're a parent, there are days when everything feels just right: your children are healthy, your home is full of laughter, life is running smoothly, and you bask in the glow of the wonderful world you've created for yourself. Inevitably, though, there are also days when the juggling act you were so wonderfully managing is suddenly halted by the dropping of a ball or two, and it takes real effort to get things moving in sync again. Today was one of the latter kinds of days in our house.

I've written before about Will's unique personality; there are times when he needs help coping with ordinary situations that cause him an extraordinary amount of stress. This afternoon was supposed to be his first lesson in a new swimming session, and because most new experiences make Will anxious, he was ornery and teary, nervous and obnoxious in the hours leading up to his lesson time. I put a lot of effort into working through the coping techniques we've been taught to use with him, and finally managed to get him to agree that it was highly unlikely that he would drown during his class, and probable that he would actually have a good time. I breathed a huge sigh of relief when he went willingly out the door with Matt to drive to the pool, and then felt a sudden dread when I saw the two of them back in the driveway less than thirty minutes later. Will was grinning from ear to ear; apparently the lesson had been cancelled, and he was thrilled that he had got out of going. I couldn't believe it, and knew that we would be right back in the same position next Sunday when it came time for swimming again. Luck was definitely not on my side in the early part of the day. But no matter, we thought. We would carry on, and find something else active and hopefully fun to do with Will.

We decided to get a head start on teaching him to ride his bike without training wheels, a feat we'd attempted several times last summer without success, because our little perfectionist isn't interested in learning a new skill; he just wants to be able to do it (and do it well) right off the bat. (I have no idea where he gets this from!) After convincing Will that he wanted to try two-wheeling today, and not next week (read "next year" in Will's mind), Matt got him set up nicely on his bike and headed off down the sidewalk with him. A few short, wobbly rides later, a frustrated Will decided he had had enough of that, and so the bike riding adventure ended about as well as the swimming adventure had. We decided we would go inside and try once again to turn the mood of the day around.

When Will came inside, I realized with an impending sense of doom that I needed to do another saline sinus rinse on him. (His nose has been horribly congested lately due to alternating colds and allergies.) If you had been here for the first time I tried this procedure, you would have run for cover knowing I had to attempt it again. I understand that it's not a very comfortable feeling to have water shot up your nose, and I'm very aware that Will is more sensitive than some other children, but the unbearable sound of his screams (multiplied by a thousand in the bathroom because of the ceiling-to-floor, wall-to-wall ceramic tile that the previous owner installed) was more than enough to scar me permanently. I took a deep breath and managed to get it done, even with a hysterical Will screaming at me that HE WAS CERTAINLY GOING TO DIE FROM THIS!!! and by the end, both of us were exhausted and fed up with the day so far.

When we sat down to have a snack together, Will, who was much calmer by this point, put his hand on my arm, looked at me warmly and said, "You know, I love you Mom." I knew he meant it. And that's why I've got to keep juggling those balls, even on a day like today, when I'd like to throw them all as hard as I can out the window. He appreciates when I help him to keep it all together; he needs me to show him that when the balls drop, you can just pick them up again and keep going, even when it seems like you have more balls than you can possibly manage. Today was a tough day, but if my experience as a parent has taught me anything, there will be many more days to come when everything feels just right once again.
Posted by Lisa at 6:27 PM