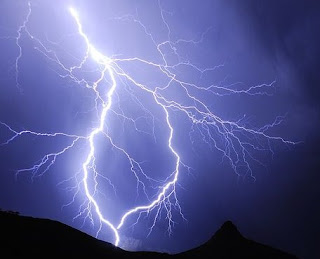 It was back to school for Noah and Will this morning, a fact that neither one of them was very happy about after two glorious weeks of holidays.  As I watched my tousle-headed, glum-looking boys half-heartedly eating their toast at the breakfast table today, I had to laugh at the marked contrast between what 7am looked like this morning and what it looked like several days ago, when I was listening to them shriek excitedly and watching sparks fly off their bodies as they catapulted themselves around in the early morning darkness.  (Oh, don't be alarmed.  Despite the fact that they did all their own stunts, no children were harmed in the making of this story.)

Will's habit on weekend and holiday mornings is to come and burrow himself cozily under the blankets in my bed; he likes to chat with me right after he's had a snack at 6:something am.  (Well, actually, it's not so much a chat as it is Will talking non-stop for half an hour and me mumbling several "uh-huhs" at appropriate intervals, with my eyes still closed.)  One morning last week, as Will was diving onto the bed in the dark room to tell me something, I was startled by a jolt of light streaking across his leg!  Fascinated by this bit of weirdness, I mentioned out loud what I had seen, and an intrigued and excited Will set about trying to recreate it.  For twenty minutes, Will threw himself wildly around my bed, with every jump resulting in bright streaks of luminescence, sometimes white, sometimes even red or green, and the two of us were wild with excitement over the whole thing.  (This may not seem exciting to you, I realize, but our family goes a little crazy over a good bit of science.  We're kind of nerdy that way.)

By this time, a curious Noah had come into my room to observe the goings-on, and the two thrilled boys began a frenzied conversation about the hows and whys of this pyjamas vs. bedsheets phenomenon, and what they could possibly do with it.  Noah tried several times to recreate the sparks himself, but wasn't having any luck, which led to hypothesizing and testing of variables.  Will gave himself the new nickame "Electric", and Noah booked Will a gig as the party entertainment at his next sleepover.  The boys also tried to capture the whole marvel on film to use in a documentary, because they thought if they just told their story in writing, no one could possibly ever believe them.

A fantastic discovery like this apparently cannot be limited to only one day of enjoyment, because the next morning, both boys appeared once again in my room before 7am (Noah armed, this time, with the "right" kind of pyjamas) to thrill me with yet another light show.  That day, to all of our delight, both Will and Noah had static electricity bolts zapping from various parts of their bodies.  With some careful thought, the boys organized themselves to maximize their light output;  at one point the two of them were lying on their backs holding the covers up in the air so they just barely touched their knees, and they were furiously bicycling their legs to create a veritable meteor shower in the bed.  It was definitely not a lazy holiday morning around our house!

You can understand now, maybe, why the boys weren't too keen on going back to school this morning.  Sitting at desks doing math worksheets must certainly pale in comparison to the thrill of generating your own real live fireworks in the comfort of your pjs.  I think if the boys had had one more week of vacation, they may have actually figured out how to harness all of that electricity and get our home off the grid!  Oh well -- that's what the March Break is for.