Noah has forever been an inventor of sorts.  As a small child, he always found unique ways to play with his toys, developing intricate systems and rules and scenarios for blocks and figures and wheels.  At four, he created an imaginary vehicle based on a bicycle that he called his "motor park diesel", and in his mind he visualized all kinds of adventures for himself and his "crew" (a collection of real and fabricated friends) as they travelled about on this machine.  He would tell me silly jokes and fascinating, detailed stories that he invented in his head; he would draw up plans with pencils held in small fingers for futuristic cars and houses filled with devices to make life interesting.  The world was a huge and incredibly intriguing place for Noah right from the very beginning.

When he was small, I was very much a part of Noah's inventing.  I chose toys for him that I thought would allow him to continue exploring and books that would answer his many, many questions.  I wrote down his wonderful stories for him when he was too little to form the letters himself, and I explained how certain complicated things worked when he asked, so he could include them in his latest drawings.  I signed him up for activities that I believed would allow him to explore the many experiences life has to offer, in the hopes that he would find his own passions, which would then fuel his desire to keep on inventing, always.

Noah has indeed found his own passions, and every day I marvel at the amazing person he is becoming.  I watch him from a distance at his swim meets, see him staring intently ahead with focus and determination as he waits for the signal to dive into the water from the starting block, and I wonder what he's thinking and feeling in those moments, knowing that what happens next is completely up to him alone.  I see him burst excitedly through the door to home after a chance to listen to an accomplished teenaged Lego animator speak at a conference; he's got fire in his eyes and I can almost hear the wheels spinning in his brain as his newly-inspired mind thinks about his own animation projects, and his enthusiasm fills me with excitement, too.  I read the compelling and well-worded autobiographies and stories he writes for school with admiration for the voice that speaks so clearly to him from within, and I'm intrigued to hear him talk of the books and ideas with which he now chooses to fill his mind.  These things are all Noah's own; in many ways he has entered a world that I know very little about with his swimming and his interest in technology and the stories that he creates based on experiences I haven't been a part of.  He isn't driving his "motor park diesel" anymore; he is now taking the wheel to his own life and driving himself to new and exciting places.  I am so proud, so full of awe as I watch Noah creating himself through the power and intelligence and spirit he has deep inside.  I believe he will be his best invention yet. 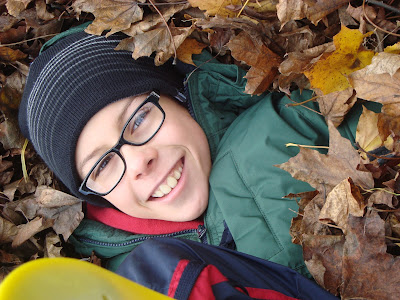