Today it was just an ordinary Saturday morning around our house.  We had no swim meets to be up early for, no pressing errands to run, no real plans made in advance, and so the four of us were free to do whatever it was we wanted.  Most of us were glad for the bit of quiet we had to ourselves and just did ordinary stuff.

Matt's Saturday morning involved sleeping later than usual, savouring a cup of hot coffee over a leisurely reading of the newspaper, preparing and enjoying a pancake breakfast with the family, and heading outside to clean out the shed and rake the leaves that were all over our backyard.

My Saturday morning found me sleeping later than usual, checking email and catching up on Facebook and Twitter, preparing and enjoying a pancake breakfast with the family, baking muffins for the week, and then heading outside to help with the leaf raking (although I actually spent more time laughing and taking photos of the boys as they jumped in the leaf piles).

Noah's Saturday morning involved sleeping later than usual, reading a book in bed until someone called him to come and enjoy a pancake breakfast with the family, and going back to bed to read some more until someone asked him to come outside and help rake leaves (which he did reluctantly, and then actually spent more time laughing and flinging himself in the leaf piles).

Will's Saturday morning found him doing anything but what most people would consider ordinary stuff.  He was awake well before the sun and by the time I was up, he had drawn up a plan (including a legend) for an intriguing pattern of blocks of various building materials he was going to use to construct the walls of his next Minecraft house. 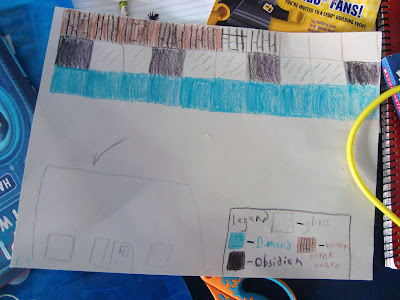 He spent the time we were getting breakfast ready tweaking details on the massive Lego fortress that has been dominating our family room for three weeks... 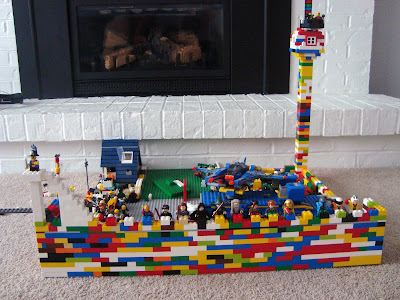 ...and then later decided to demolish the whole thing and build an amusement park inspired by the Top 10 Rollercoasters in the World video he's been watching on YouTube. 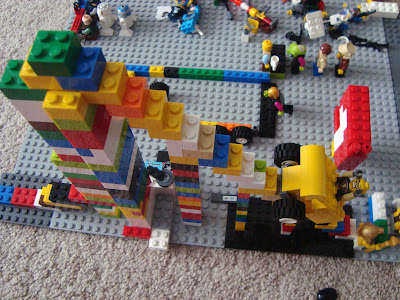 He enjoyed a pancake breakfast with the family, during which he talked constantly and got out of his chair at least half a dozen times.  He then spent ten minutes laughing hysterically at me because he decided suddenly that my bedhead looked like Elvis. He went upstairs to get dressed so that he could help with the leaf raking, but got sidetracked by the much more fascinating process of developing a bedroom baseball game that involved a stuffed elephant named Vladimir, a bunch of leaping around that made it sound like he was going to come crashing through the ceiling above me, and a complicated scorekeeping system that he lost me on within the first three seconds of trying to explain it to me. When he moved on from the ball game, he pulled one of the silver balls back on the Newton's cradle in his room to start it moving, and then raced to complete the personal challenge of getting dressed, brushing his teeth, and making his bed all before the balls came to a stop again. 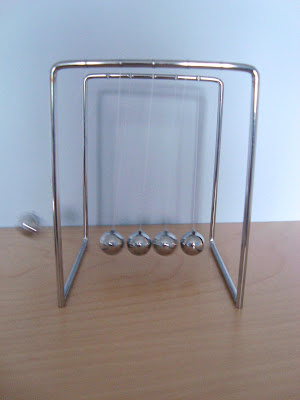 He argued with me fourteen times about how he couldn't possibly have any fun in the leaves if he had to wear boots and a hat and gloves, but then put them on anyway when he was suddenly motivated by the brilliant idea he had to not jump, but POLE VAULT into the leaves using a hockey stick, or maybe the broom.  Finally, he went outside to help rake (although he actually spent more time laughing and attempting to kill himself by trying the aforementioned pole vaulting and also launching himself off the swingset into the leaves in various crazy poses.) 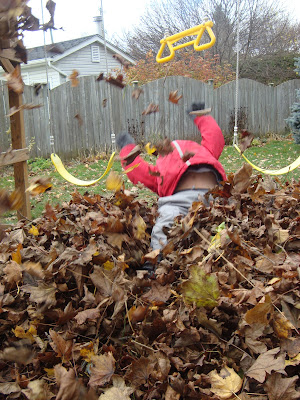 All of this, he accomplished before 10am.

After witnessing Will's high-energy, action-packed first few hours of the day, I realized that he will probably never enjoy just an "ordinary Saturday morning".  For Will, having no plans is a prime opportunity for big plans. 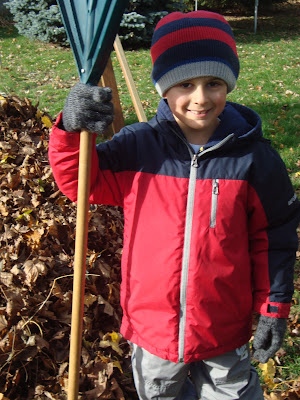