My mom, the Hallowe'en costume genius

A few evenings ago I went to take care of the last little details for the boys' store-bought Hallowe'en costumes. Noah's Annoying Orange suit needed some better velcro sewn onto it, and Will's football jersey was waiting for me to iron on numbers of his choosing.  After I almost burned the jersey with the iron, realized that I had put the number 8 on upside-down, and decided that Noah's costume would work just fine with a safety pin rather than new velcro, I suddenly realized how much I appreciated all of my mom's work to dress my brothers and me in creative costumes every Hallowe'en when we were kids.  (Why is it that children never really appreciate their mothers until they are much, much older?)

The process of getting together Hallowe'en costumes rarely involved a trip to a department store when I was young.  My mom was a Hallowe'en costume genius, and when October rolled around, she would think, and sew, and look for objects we already had around the house, and come up with costumes that were unique (and sometimes crazy-fun!)  We were ghosts with neckties and tiny hats, clowns in brightly patterned suits my mom sewed herself, and favourite action figures and doll characters modelled after toys we played with. 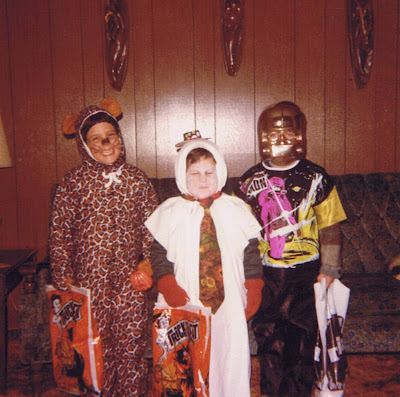 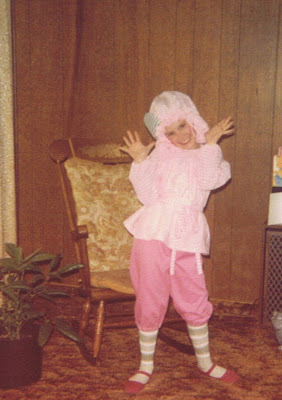 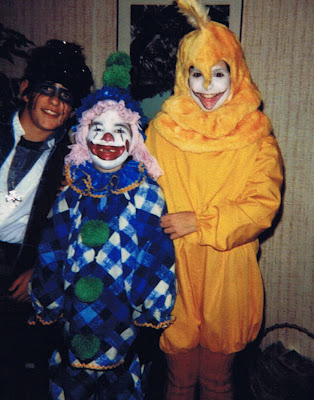 Some years things got a little wild, like the year my brothers dressed as a gangster and some weird kind of alien, and my mom smeared corn syrup on their faces to stick on coffee grounds for a beard, and Cheerios and glitter for... well, I don't know what for, but it was interesting (and also very gross)!! 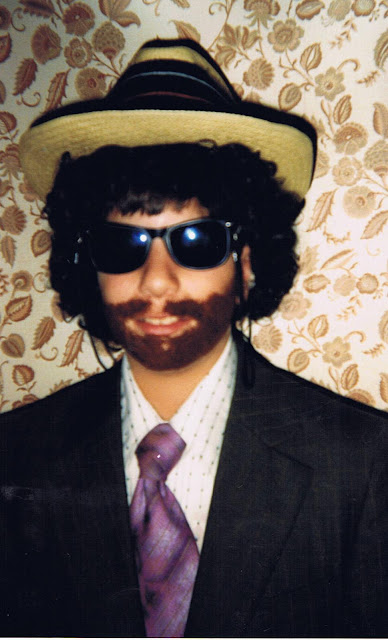 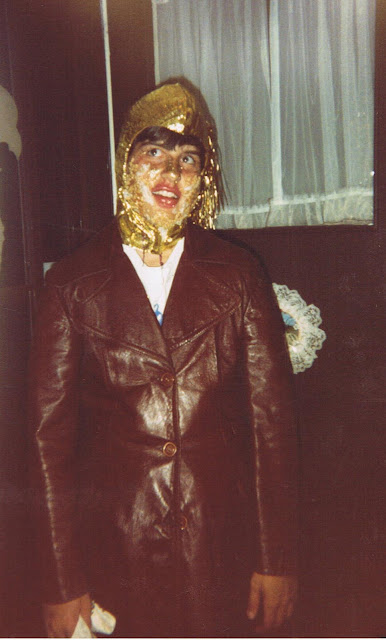 My mom often came up with a great costume for herself as well, and joined in the Hallowe'en fun. 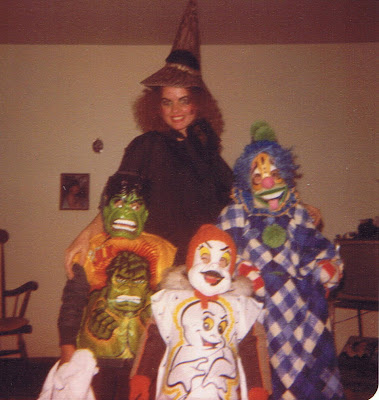 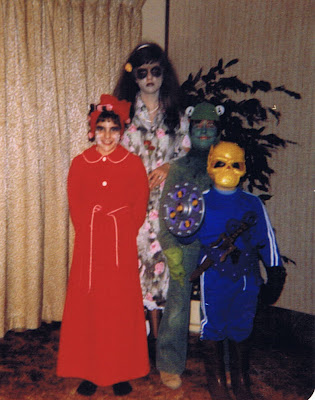 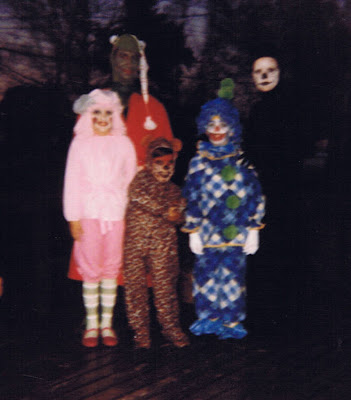 Have I mentioned before what a good-natured man my dad is?  Yes, that is him in the back, after my mom dressed him in a red nightshirt and striped cap and put a Kermit the Frog face on him.

My favourite costume idea from my mom, though, was the one she came up with when I was a teenager and decided kind of last minute one year that I needed a costume for a party or something.  My mom went to take a look through my old dance costumes and emerged with a funfur trimmed, leopard print unitard and the brilliant suggestion that I could go as a cavewoman.  I was not keen on any idea that involved me wearing a skin-tight unitard out in public, but my protests did not stop my mom.  She walked through the house looking for a solution, and lo and behold, when she walked into the basement laundry room, there was an old, shaggy, goldy-brown mat on the floor in front of the sink.  My mother triumphantly picked up that mat, wrapped it around my unitard-clad body, worked some magic with frayed rope over my shoulder and around my waist, and there in that instant, a more modest cavewoman was born.  To complete the look, my mom saved some bones from dinner later that week and tied them into my hair.  I challenge you to show me a better cavewoman get-up from any Hallowe'en costume store! 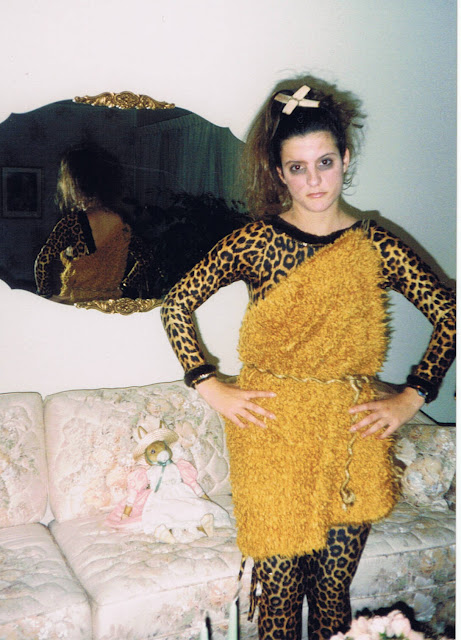 If you're ever unimpressed by the store-bought Hallowe'en costume options out there for your family, channel my mom's creativity and come up with something great on your own!  You may need to look no further than your kitchen cupboards or your laundry room floor.

Happy Hallowe'en everyone!  (And thanks, Mom, for making our Hallowe'ens so much fun!)