The boys' school held a pep rally last Friday afternoon to send off their Lego League team to the West Provincial Championships on Saturday. 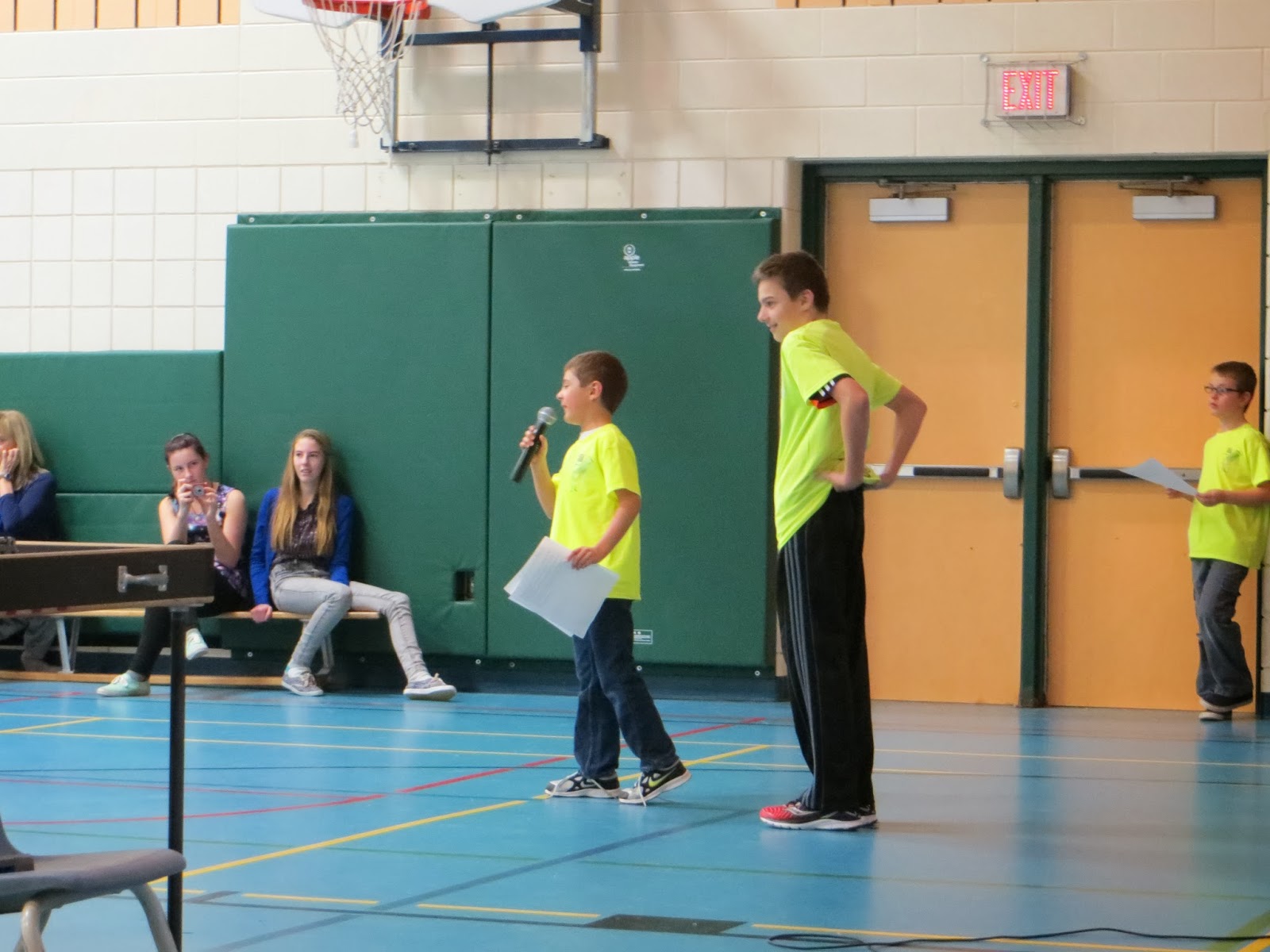 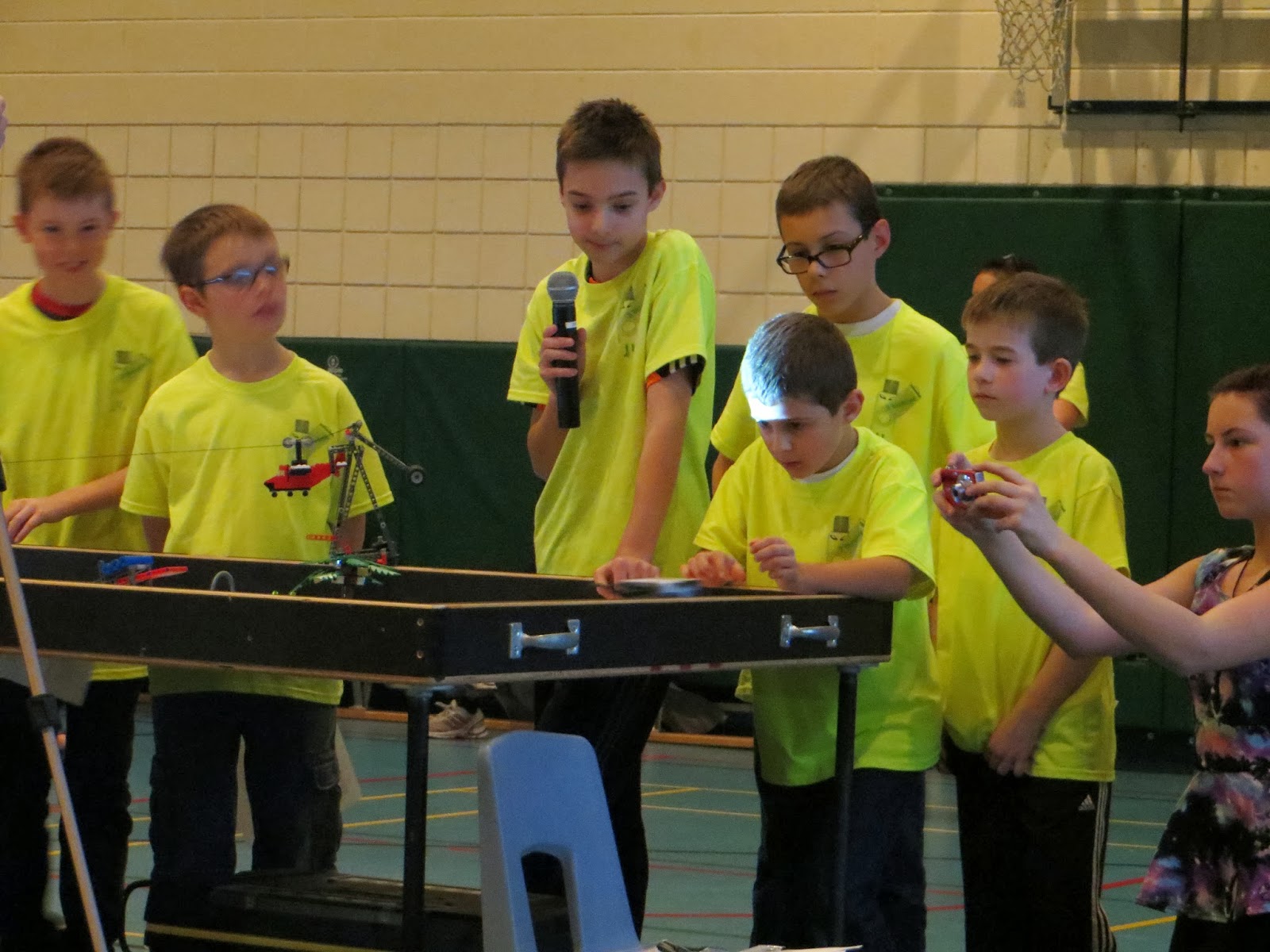 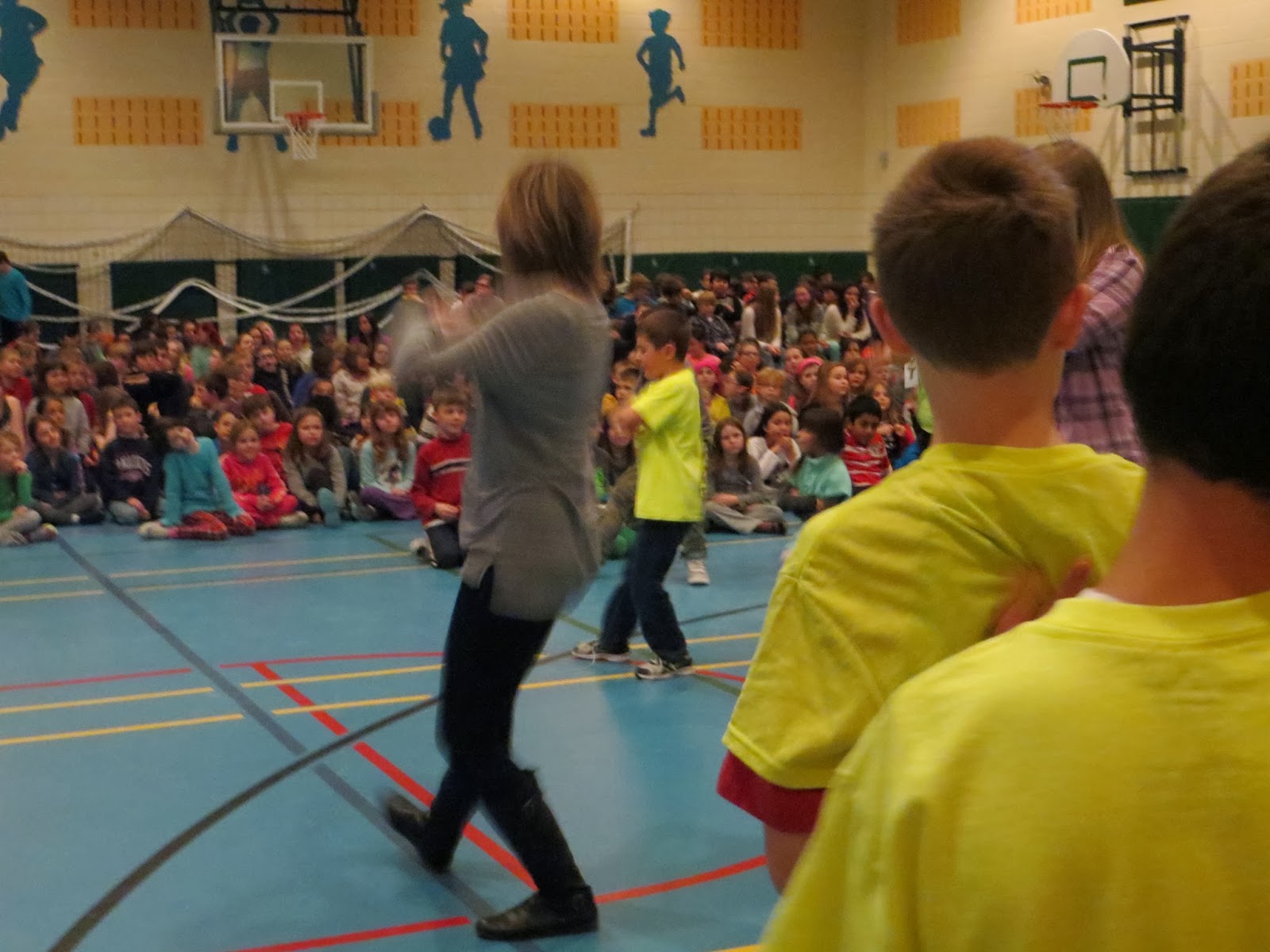 Will was a ham and a total natural at the mic, despite being one of the youngest members of the team.  He was smart, confident, funny, and engaging as he spoke, and he led the whole school in a dance routine that he had made up himself.

Noah stayed inconspicuously in the background throughout the rally, not taking any credit for the significant contributions he made to the project and the robot in the development stages or the strong, quiet leadership he demonstrated throughout the season.

Two very different brothers; both amazing in their own ways.  I'm so very proud of my boys.
Posted by Lisa at 3:46 PM