When is a door not a door?

I had a joke book when I was a child that was full of silly riddles with simple illustrations, some of which have stuck in my head all these years.

This particular joke is not all that funny, I realize, but the fact that I am now living a scenario very similar to it is actually quite hilarious.

Schools were closed here on Tuesday this week due to a blizzard and ridiculously cold temperatures, and so after one day back to the regular routine following the Christmas holidays, the boys were once again lounging around the house in pjs with hours of free time to do whatever they liked.  I find whenever Noah and Will have long periods of free time at their disposal, strange things start to happen around our house, and I am often surprised by mundane things that they've creatively turned into something else.

A fresh bean meant for munching on at lunch becomes an instrument for writing down ideas.  (As far as Will is concerned, turning a bean into anything else is preferable to eating it!) 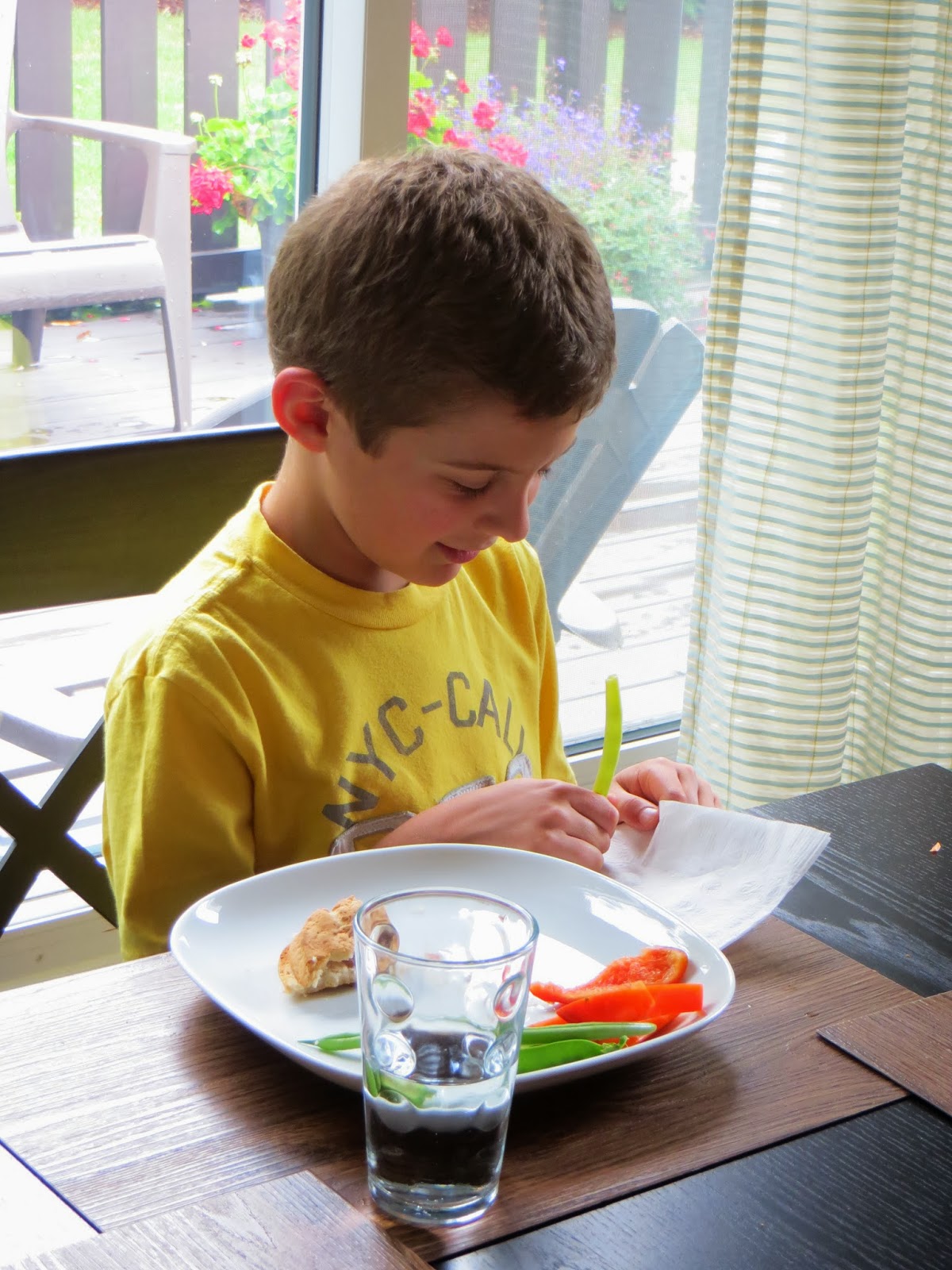 A working model of Leonardo da Vinci's catapult (a gift Noah received for Christmas and assembled over the holidays) turns into a useful gadget for firing cat treats down the hallway so that Maggie can chase them. (She is a very obliging cat for 16 1/2 years old!) 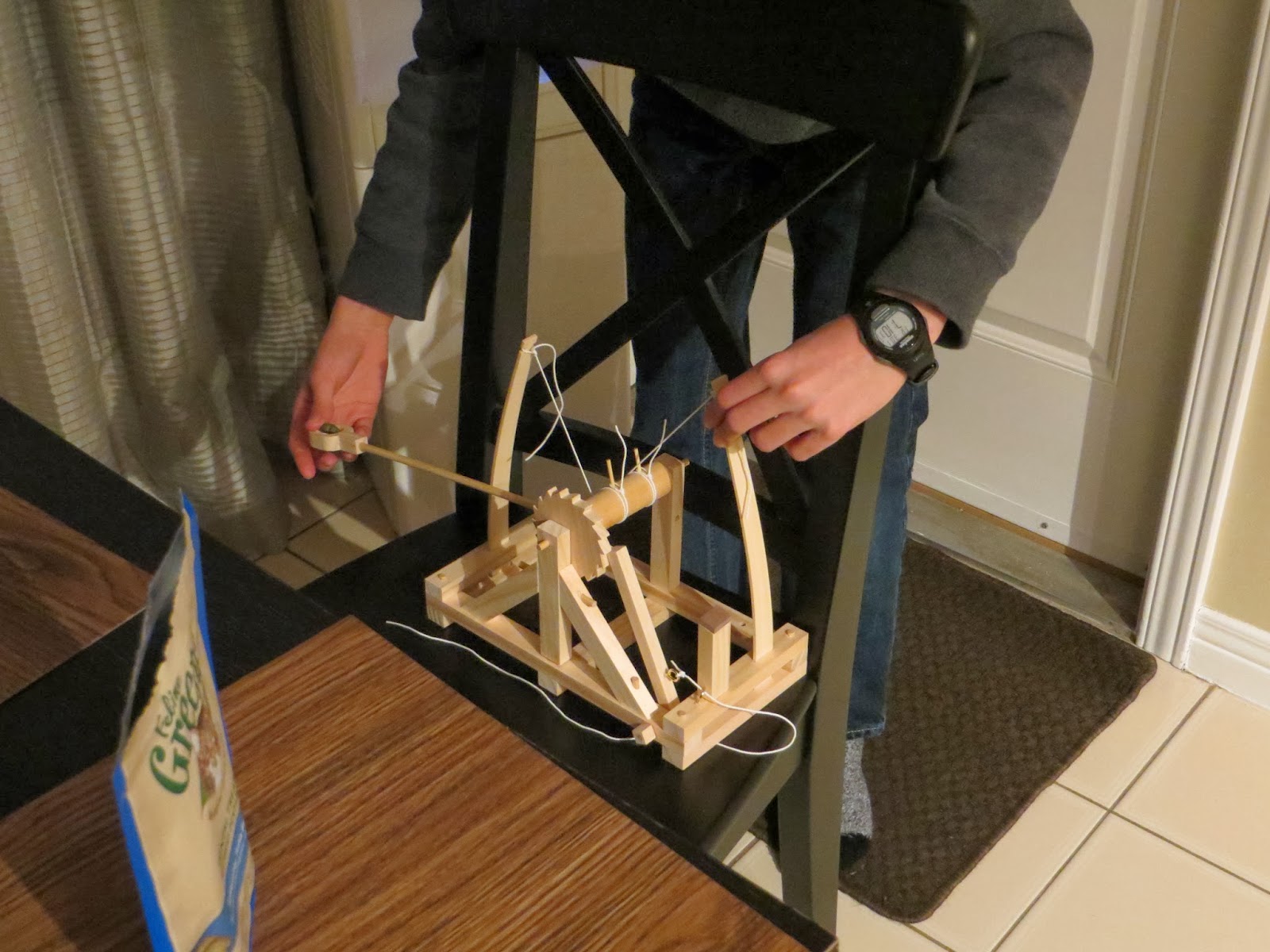 The large plastic wrapper from a package of toilet paper rolls transforms into a parachute to aid Will as he catapults himself down the basement stairs.  (Don't worry -- I had a heart attack when I found him doing this and made him start from the third bottom step instead of halfway up the staircase like he wanted to.) 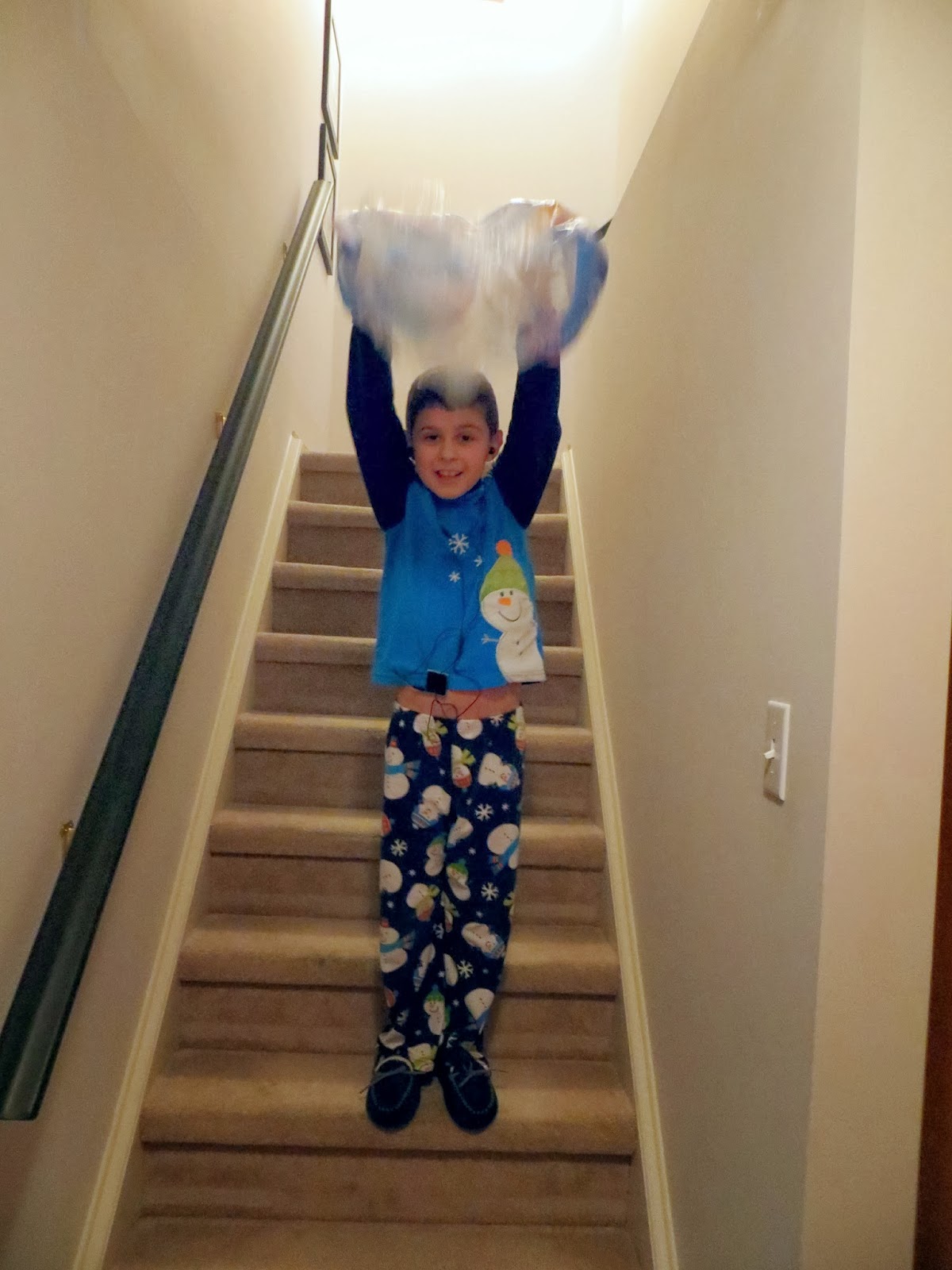 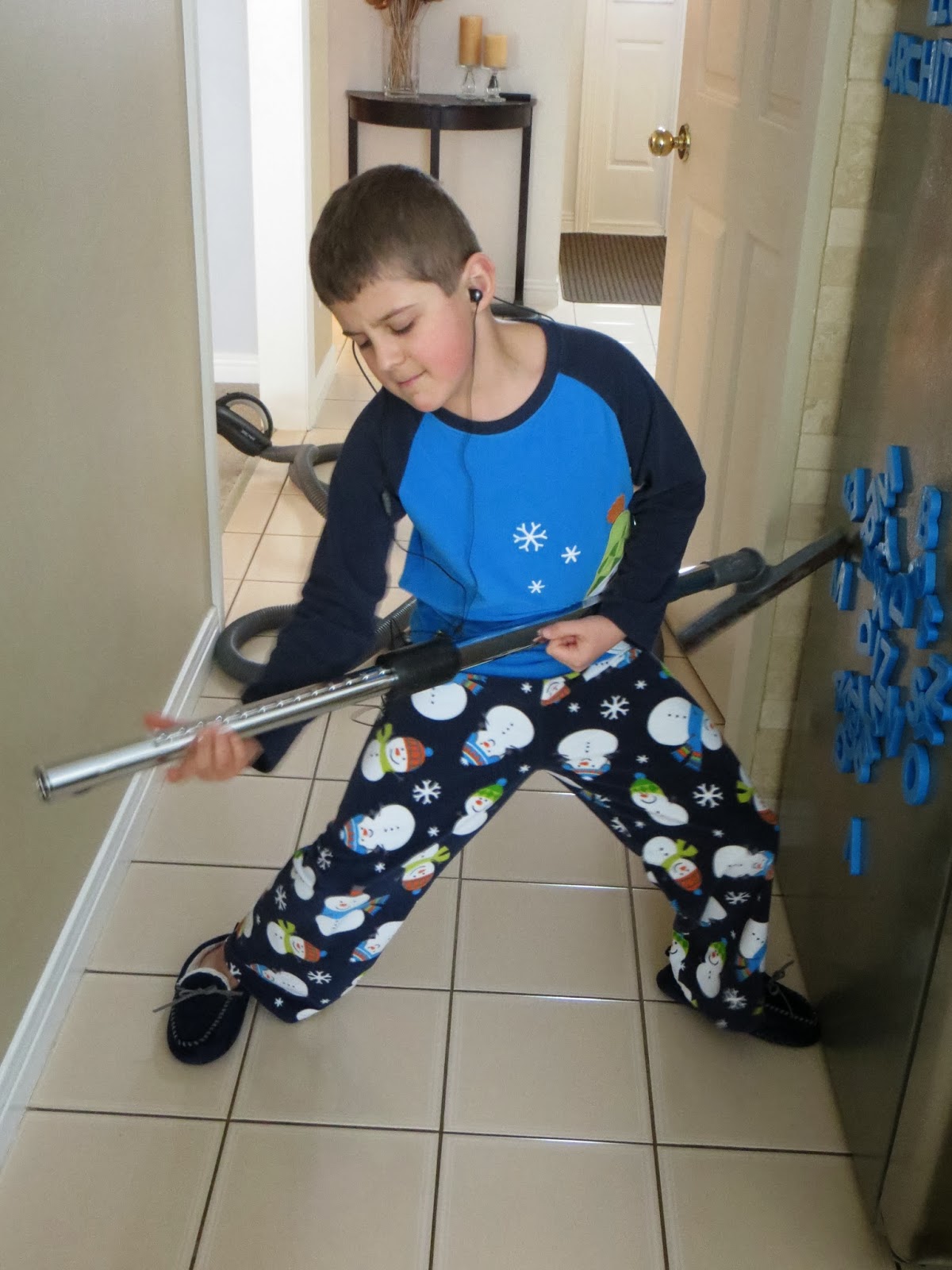 (When it is a rock guitar, of course.)

On Tuesday's snow day, I was walking past a little side table we have in our dining room and I caught a glimpse of two small, round objects that I first thought were marbles resting on it. 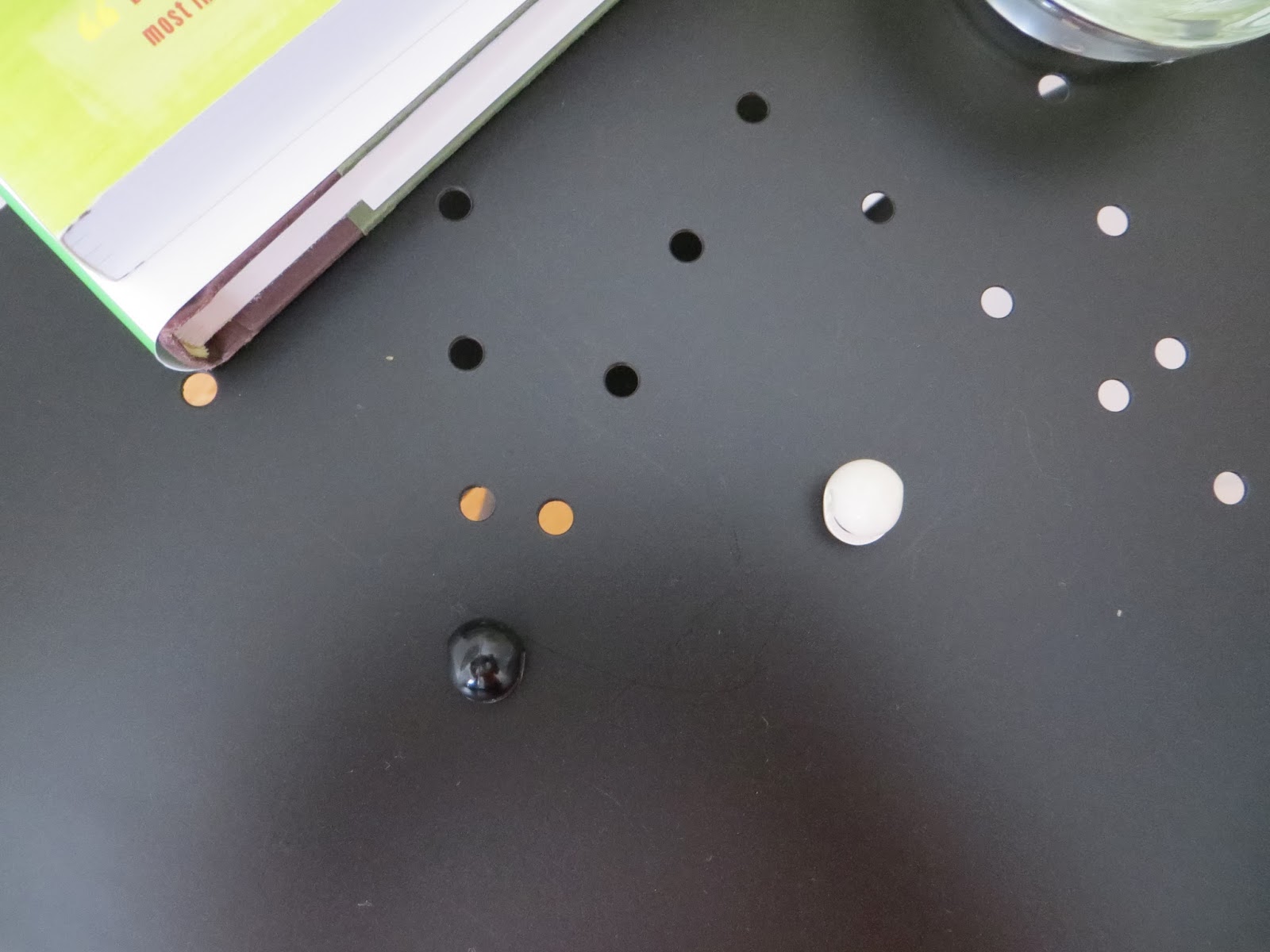 I was about to ask whoever the owner of the marbles was to come and put them away when I realized, upon closer inspection, that they were in fact not marbles at all, but the heads of some Lego guys. 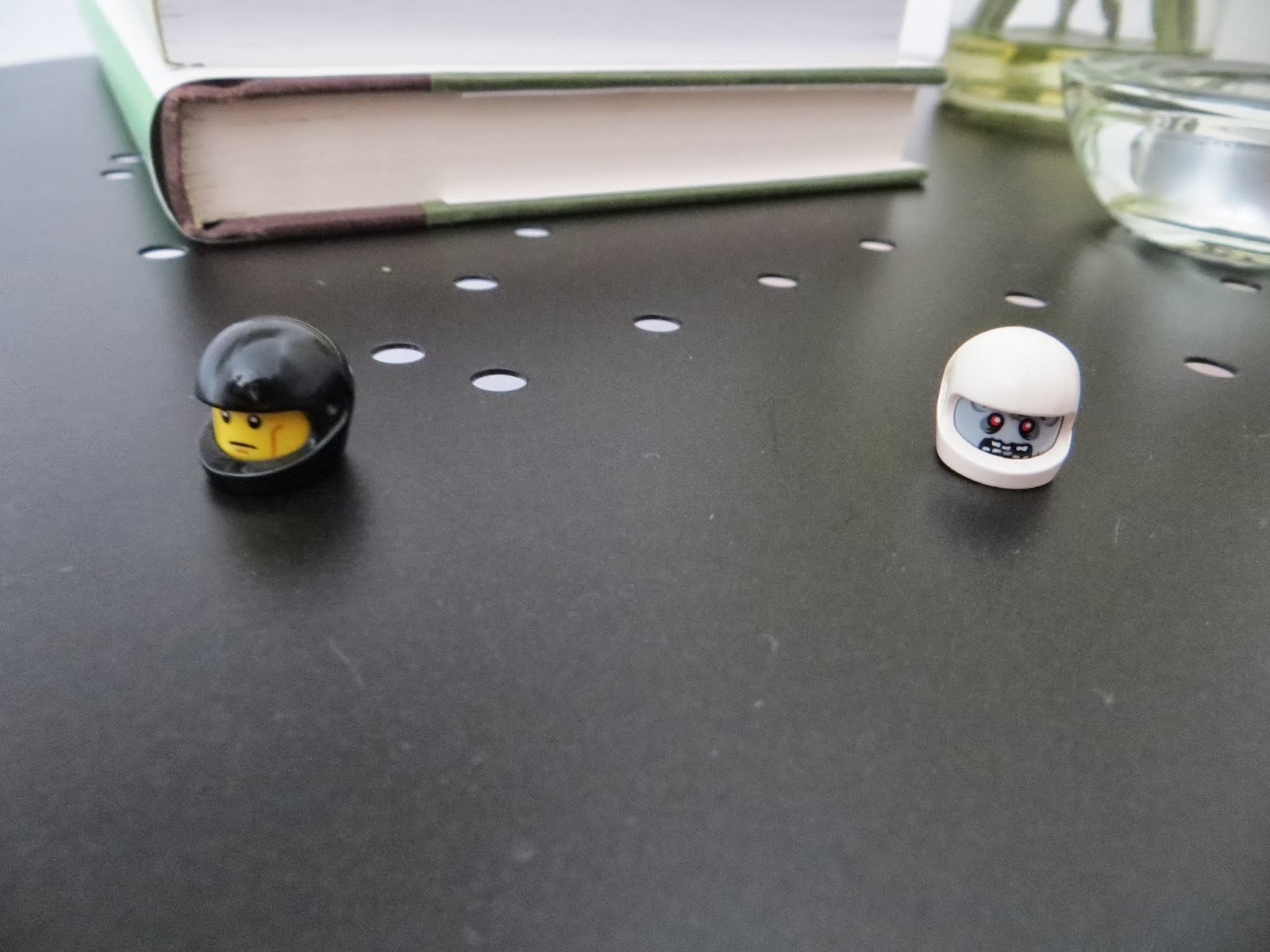 I questioned Will as to why there were Lego guy heads sitting randomly on the little dining room table and he nonchalantly answered, "Look underneath." 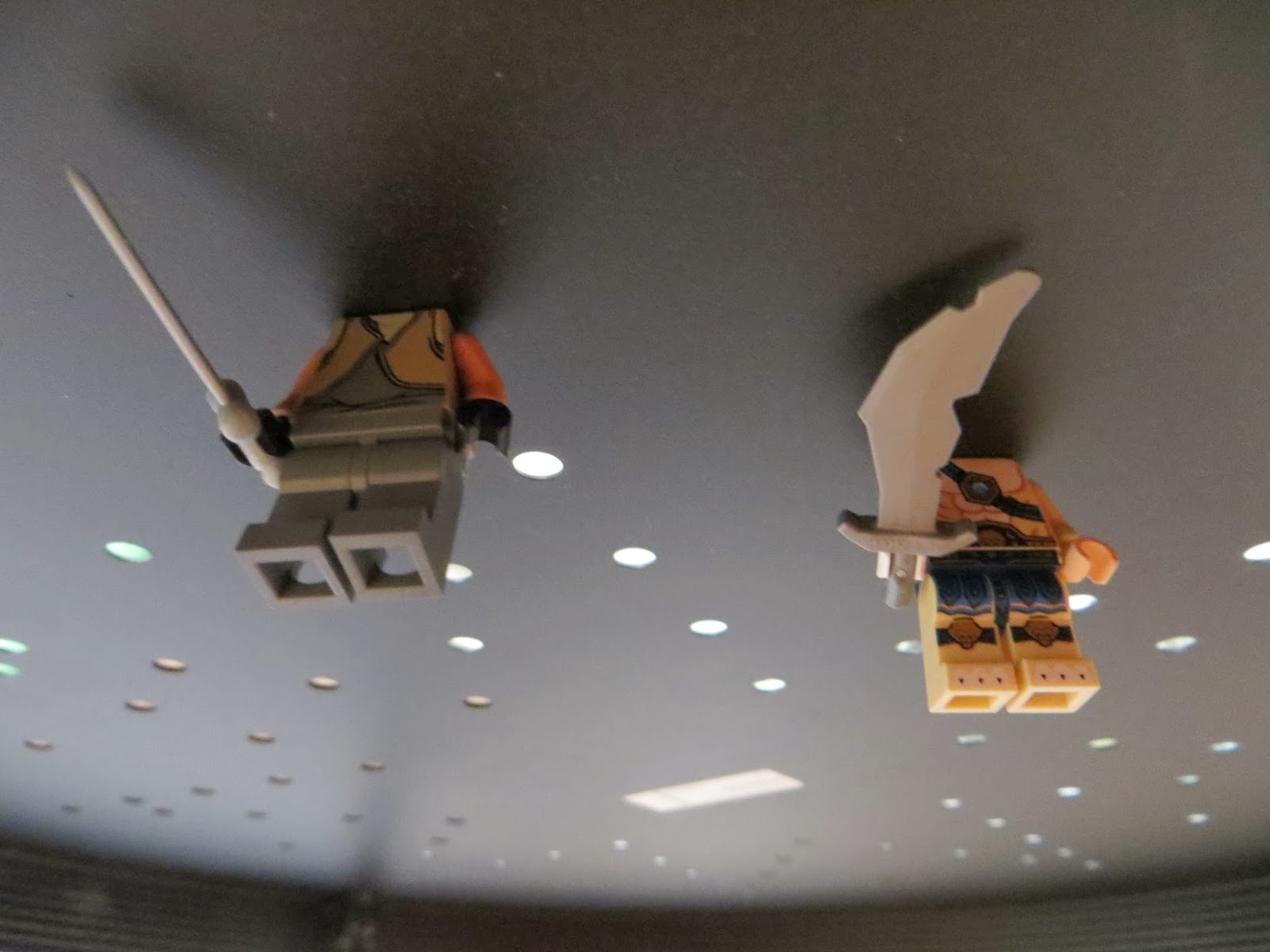 He had separated the heads from the bodies, poked the necks through the just-right-sized decorative holes in the table, and reattached the bodies from the table's underside, leaving the Lego guys hanging there in a mildly disturbing fashion.  I have no idea why.

The weather has calmed down in recent days, and the boys are settled back into school and extra-curricular routines now, so they no longer have long periods of free time at their disposal.  While I am glad for the opportunity to get some things of my own done in a quiet house, I'd be lying if I said I didn't miss the daily surprises of ordinary things turning into something else.  It's inspiring to see the world as Noah and Will do, where anything is full of infinite possibility.

I've left the Lego guys hanging from the dining room table to remind me of that wonderful outlook.