A time for everything

Will has grown up in many ways since I first started this blog and named it Pocketfuls in honour of his pocket-stuffing habit.  However, there is one thing Matt and I continue to find in Will's shorts or jeans on a very regular basis:  his dirty socks from earlier in the day, wadded up into little balls and pushed into the bottom corners of his front pockets once he gets tired of wearing them.  Despite the fact that we have told him a million times over that his socks don't get clean when they go through the washing machine that way, for Will, pockets are the most practical (and the least labour-intensive) way of dealing with dirty socks.  And so we all continue to argue and be exasperated over the pocket/sock situation, with each of us determined to prove our position on it is the right one.

One night earlier this week, I took Will to the dance studio where he takes hip hop (and this year, also jazz) classes so that he could be fitted for his new shoes.  (Can I just say that I never expected either of my boys to express an interest in the activity I loved so much growing up, and that seeing Will's still small feet in a sleek black pair of jazz shoes made my heart do a little dance of its own?)  It was a warm evening, and Will was wearing bare feet in flip flops when we entered the studio's waiting area, a fact which the studio staff member noticed as she gathered up some shoe samples for Will to try on.  She then produced one of those shoe store style nylon sockettes and attempted to pass it to my son.

"I hate to do this to you, Will," she said apologetically, "but I like to keep the shoes fresh and clean.  Have you ever worn pantyhose before?"

Will took an alarmed glance at that wimpy little sockette, and then his face lit up like a Christmas tree bulb as a sudden realization hit him.

"No! I have SOCKS!", he declared triumphantly, grinning from ear to ear as he reached into his front shorts pockets with both hands and produced a sad looking, scrunched up cotton wad from each of them, which he then proceeded to put on his feet so he could try on the shoes.

The Bible and a Pete Seeger song tell us there is a time for everything.  Leave it to Will to prove that there is even a time for having already-worn socks stuffed into your shorts pockets. 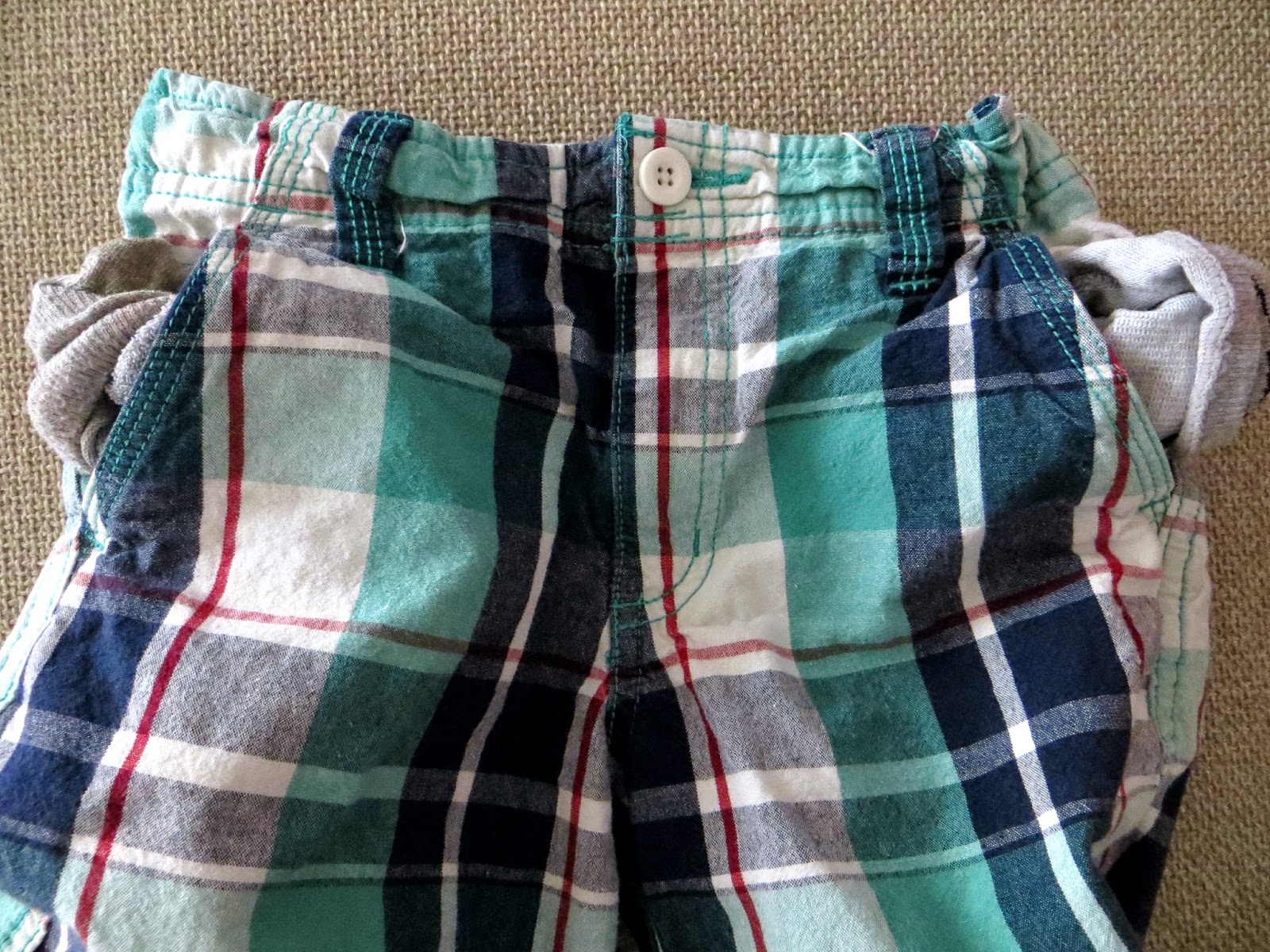