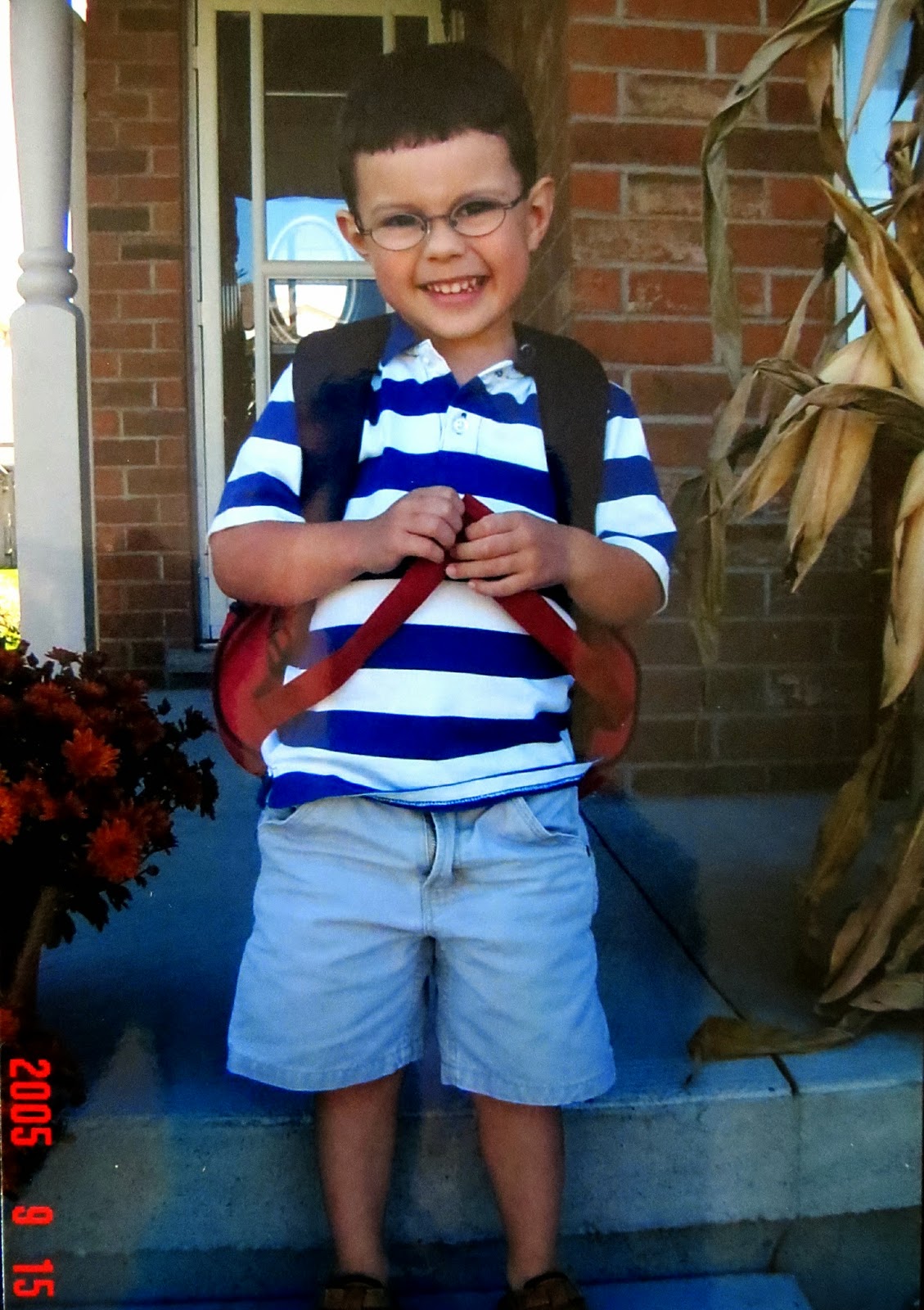 I remember his first day of kindergarten like it was yesterday.  He was wearing a blue-and-white striped shirt, his sweet little wire-framed glasses, a backpack that looked almost as big as he was, and a shy but confident smile as I walked with him to the bus stop just a few doors down from our house.  His small legs had to take big strides to navigate the steps of the yellow bus that stopped and opened its doors to greet him.  I watched anxiously from the sidewalk as he carefully chose a seat and arranged himself in it, and then the bus doors closed and he was pulling away from me, off to a new and exciting place where I could not be there to protect him and his gentle heart.  Despite the fact that the biggest new challenges would be his to face, I was the one fighting back tears that afternoon.

That same little boy turned thirteen just a few weeks ago.  He shared his birthday with the wedding festivities of his uncle and aunt, and I loved that he loved being surrounded by family to celebrate his milestone day. We played a practical joke on him with his gift, apologetically presenting him first with an old, beat up used phone and telling him the smart new one he had been wishing for for months (his first cell phone ever) was out of stock.  After flashing us a brief, crestfallen look, he realized we had spoofed him and he heartily laughed over it like the good-natured kid he is.  He found joy in having doting young cousins following him around for a few days, and he carried one of them on his shoulders when she grew tired of walking on a hike through trails and fields.

Yesterday I walked with that boy and his brother to the school where he is now beginning his Grade 8 year. As I waited with other parents for the first-day welcome assembly in the gym, I felt a funny wobble in my heart with the sudden realization that he would now be one of the young teens huddled in groups socializing by the school walls that I had walked by every year since his early days of school.  I noticed he and his friends all seemed to have grown by leaps and bounds over the short summer months, as if they were determined to lay claim to their new "big fish" status.  Those sweet little faces I remember from just a few years ago seem to have all but disappeared.

This morning I drove Noah to the high school for math class for the first time.  He wore a uniform shirt that is big on him to allow for all of the growing he's sure to do in the coming months, and a backpack that looked like it might topple him over, loaded to the hilt as it was with all of the things he needs for two separate school experiences.  He seemed so small to me as I watched him walk into the crowd of older teens milling about the school's front doors.  It's such a giant step he's taken with this mature decision to accelerate, but if he was feeling any doubts or nervousness today, he didn't show it.  He was calm and confident and his face was lit up with a genuine smile as we drove towards the building and this next stage of his life.  It was me who had to wear sunglasses to hide the tears welling up in my eyes as I told him how incredibly proud I am of him. 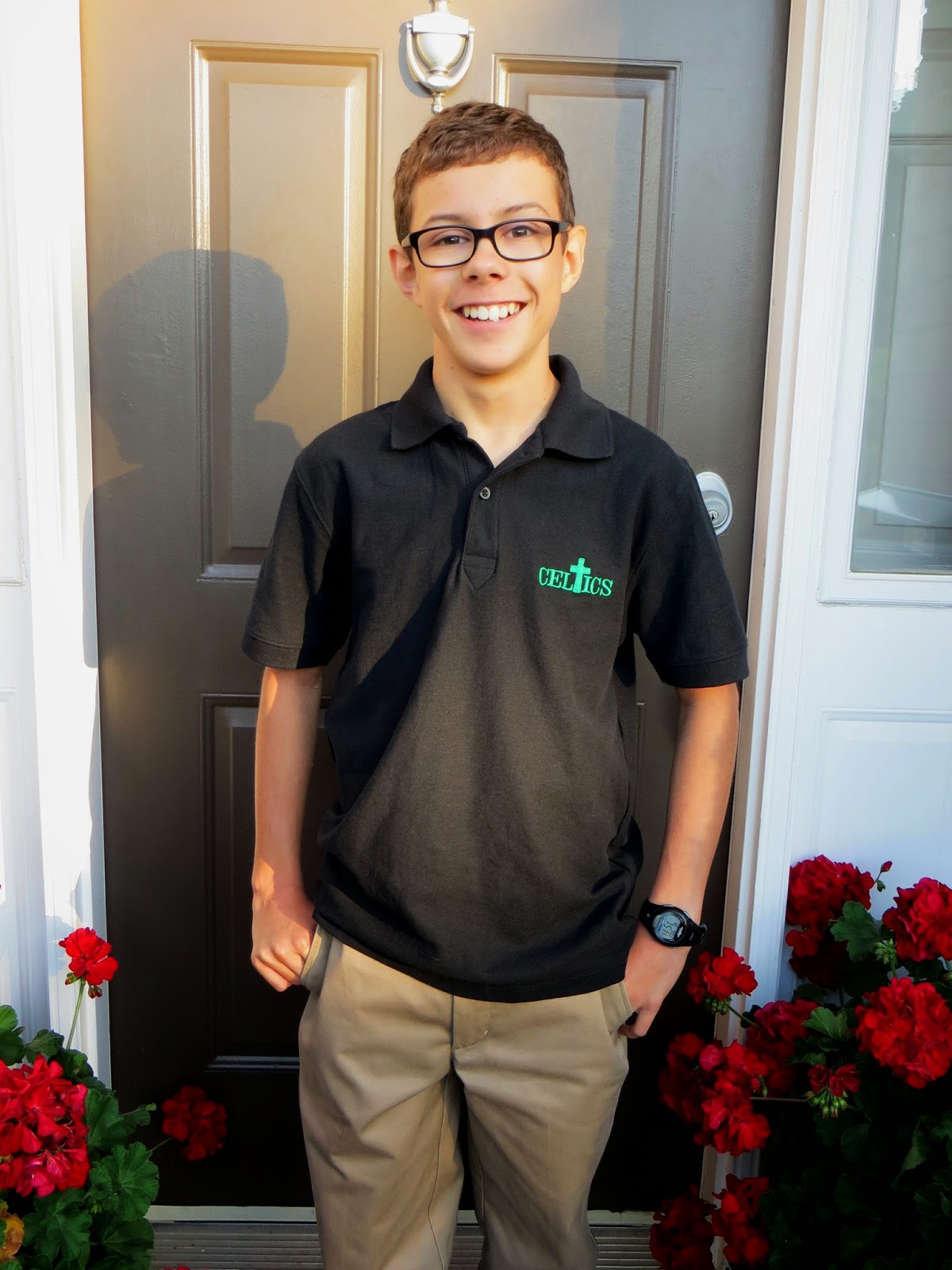