A couple of weeks ago, Will came home from school enthusiastically waving an application form in his hand.  "I'm going to be a Trailblazer," he proclaimed with confidence as he set the form down on the kitchen table for me to read.

A Trailblazer, I've since learned, is a kind of safety patrol, one whose job it is to walk along a designated route each morning, meet up with younger students along the way and lead them safely to the school yard.  It's a walking school bus of sorts that aims to encourage more children to be active rather than getting a ride from a grownup.  This is the first year that Will has been old enough to take on this responsibility, and he was very excited about the chance to participate.

He filled out his form carefully, taking time to think about why he wanted to do this job and what sorts of leadership skills he had already demonstrated in the past, and then he offered up the completed page for me to sign.  He seemed so proud of the idea that he could make a positive contribution to his community and to the environment by taking on this role.

It did not surprise me at all that Will wanted to be a Trailblazer; he has always had a deep concern for others and a strong desire to be helpful.  Remember, this is the boy who organized an entire snow hill sledding safety protocol in his school yard last winter because he saw a need for one.  And I didn't think it hurt, either, that the job of Trailblazer would include a very official looking orange and yellow safety vest, which would give Will the authority he often craves to make sure people are doing as they should.

Will's application for the role of Trailblazer was accepted by his school, and he attended a training session one morning last week, where he learned more details about his responsibilities and some basic first aid skills. Yesterday afternoon when he arrived home, there was a newly assigned orange and yellow safety vest glowing among the books and snack containers inside his backpack, ready for his first day on the job.

I smiled warmly at our front door as I watched Will walk confidently down the street this morning, the adult-sized orange and yellow vest draping enormously over his proud little shoulders.  I had no doubt that he would fill that vest out beautifully.  The title of Trailblazer seems just right for him. 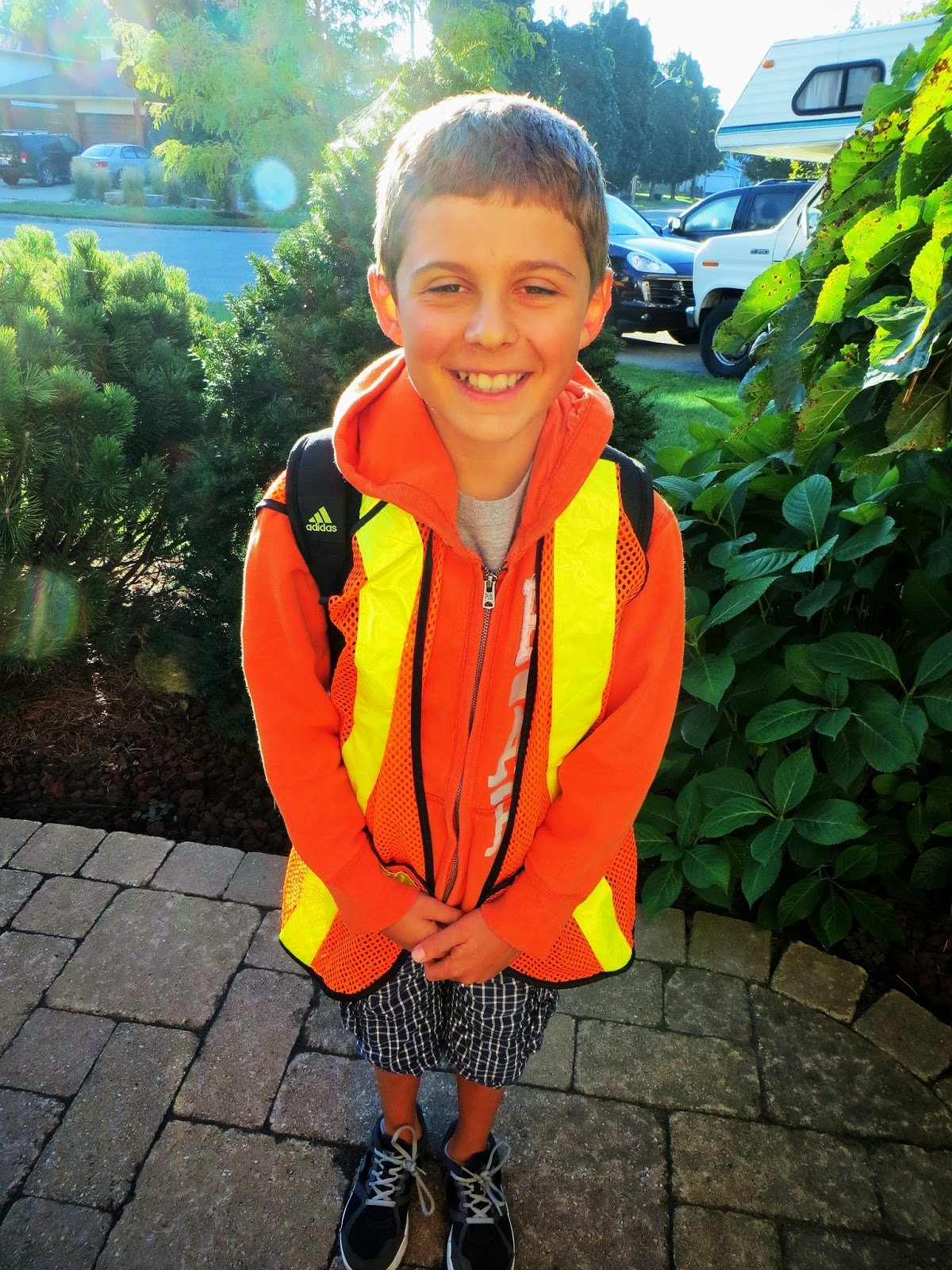