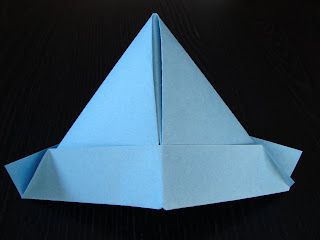 I have often wished for a fairy or an elf, some useful little magical creature who would come while I was sleeping and take care of laundry, or bathroom cleaning, or any other mundane task that needed to be done. I am still waiting for this kind of help to show up, however, the other night I did discover we have an elf among us who leaves us hats!

A few evenings ago, Noah was reading after dinner and in his book, he came across some instructions for making a hat out of an 8 1/2 x 11 inch piece of paper. Intrigued, he took a sheet from his doodle pad, followed the instructions, and was delighted to see that indeed, he had a funny little hat to perch upon his head. Because he's been very interested in all of the election talk of late, he decided to make it his "Prime Minister" hat, and I couldn't stop laughing when he showed up in the kitchen wearing it, with a "prime minister-ish" look on his face. 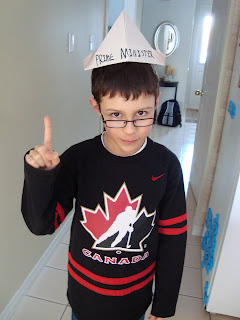 Deciding he could take this fun further, Noah then made himself another hat, this one bearing the name of his newly invented political organization: "The Kid Rights Party". (I was afraid to ask him exactly what "rights" he felt he needed to campaign for on behalf of the children....) After posing for me as the hat-wearing leader of this very important party, Noah headed upstairs to get ready for bed and I didn't think anything more about his hilarious homemade headwear.

A few hours later, when Matt and I went upstairs to turn in, we were both surprised and touched to see a unique little paper hat for each of us perched carefully on our respective nighttables. Matt's was decorated in a baseball theme (his favourite sport), and mine proclaimed my status as "a Deresti chef", announcing that I "make and bake Italia, the best food around"! 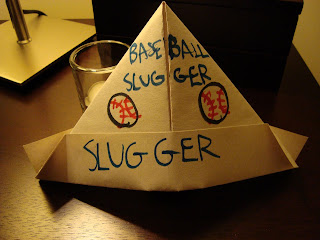 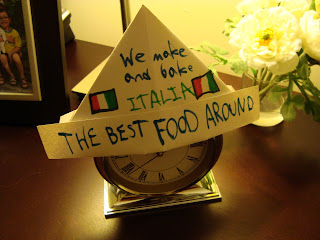 I hadn't heard Noah up and about at all after I tucked him in; he must have worked so quietly at his desk and then tiptoed around to make his deliveries. When I went in to check on a sleeping Will, he too had a special homemade hat -- it was decorated with a Super Mario theme and was waiting for him at the end of his bed so he'd see it as soon as he woke in the morning. 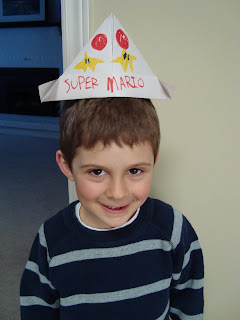 Noah's thoughtful gesture to all of us sent me to bed with a smile.

You know, I may be waiting forever for the cleaning and cooking fairies to show up at my house, but my sweet, funny hat elf more than makes up for their absence.


If you have a little elf who might enjoy making hats out of paper, simply follow these directions outlined in The Dangerous Book for Boys, Canadian Edition, by Conn Iggulden and Hal Iggulden. 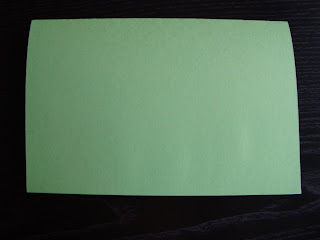 2. Fold a central ine in the half-page and open out again. 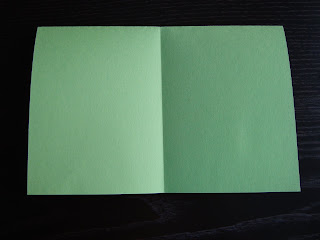 3. Turn down the corners to that central line. 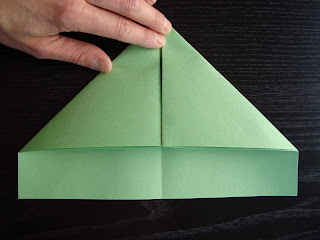 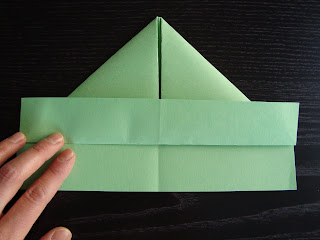 5. Fold over the corners as shown. 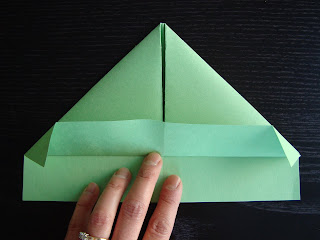 6. Flip paper over and fold up the other edge. 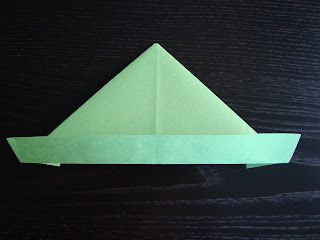 You now have a paper hat! 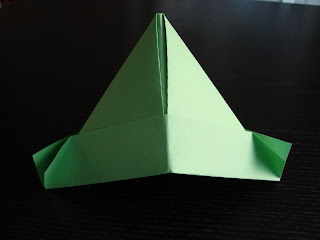 Email ThisBlogThis!Share to TwitterShare to FacebookShare to Pinterest
Labels: family life, for the kids