Food allergies in the classroom -- what is the answer? 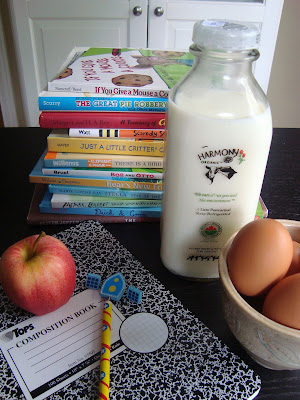 I read an article in our local paper this morning about a highly emotionally charged issue, and I haven't been able to stop thinking about it since.  Parents of some students at a school in our region are outraged after the school has banned all dairy and egg products from kindergarten classrooms to ensure the safety of a young child starting at the school next week who has anaphylactic reactions to both foods.  At a meeting this week, parents were given a list of allowable foods to pack in their children's lunch boxes, and because dairy and egg products are found in many kinds of packaged foods, there are restrictions on what brands of bread, lunchmeats, soups, crackers, cookies, pastas, and spreads are allowed as well.  The parents were also told that if they send unsafe foods to school, those foods would be confiscated.  The concept of banning foods in schools is not a new one; most schools I know of have been nut-free for years, but this particular food ban is more far-reaching and complex, and parents, while they say they understand the severity of the child's allergies, are frustrated and angry about the restrictions being placed on what their children can eat at school.  I feel uneasy thinking about this situation from either side of the fence.

My family's experiences with food sensitivities allow me to be sympathetic both to the allergic child and his or her family, and to the families whose children share a classroom with that child.  While my son Will's reactions to various foods he's sensitive to are thankfully mild compared to anaphylaxis, I think I can appreciate the feelings and concerns of the parents of that allergic child, and their desire to protect their child from harm.  It must be absolutely frightening for them to send their child to school every day, away from their watchful eyes and judgement, and to trust that others will do what they should to make sure that their child comes home safe and healthy at the end of the afternoon.  I imagine that having a dairy and egg ban in place in their child's classroom would give them enough peace of mind to let their child go and have the regular school experiences he or she deserves to have (though I can't imagine the worry ever completely goes away).  My heart breaks for that family when I think about how I would feel if it were my child who caused the school to ban several foods from the classroom.  Knowing how angry other parents were about the situation and worrying that my child would be singled out as the target for other children's frustration about not being able to eat cheese or yogourt at school anymore would make for a very anxious and unhappy feeling about my child's first years in the education system.  It's sad that this family (and I'm sure there are others in schools everywhere who are in a similar situation) is faced with such negativity when the fact that their child has allergies is completely beyond their control.

On the other hand, I can understand how parents of non-allergic children, suddenly faced with a short list of allowable (and sometimes unfamiliar) foods to pack in their children's lunch boxes, are shocked and angry (and in some cases, refusing to agree to the food ban).  I can tell you first hand, as the mom of a child who is intolerant to dairy, eggs, and gluten (as well as several other foods), that suddenly removing whole groups of foods from your child's diet and still ensuring that he is eating in a well-balanced, healthy way is no easy feat -- it requires research, lots of time (and a willingness) for experimenting and making foods from scratch at home, extra money spent on special ingredients, and creativity.  Not every family has these resources available to them, and, let's be honest, even if they did, not every family of a non-allergic child is going to want to put in the extra effort it takes to pack an allergy-friendly lunch and snacks.    When it is your own child with food issues, there is a huge motivation to do what is necessary to feed your child in a way that is both nutritious and safe, and you do it out of love.  It's a lot harder to devote that kind of time and energy to food when it's not your child's issue, and if you feel, as many of this local school's parents do, that by complying with the food bans, you're just "depriving" (their word) your kids of the foods they enjoy and need to grow.  It should also be mentioned that children with strong opinions about foods and which ones they're willing to eat (I know many of these kinds of children!) may not "like" the substitute foods that the school has suggested (such as soy yogourt and WOW butter), and some parents may not see these suggestions as suitable food choices for their family for a variety of reasons.  I can't even imagine the nightmare that will unfold in that kindergarten classroom at lunchtime in the coming weeks, where the teacher or lunch-supervisor will have to somehow patrol lunches and confiscate foods that don't comply (if they can even identify them), and small children might be hungry some days because they're not allowed to eat part of their lunch, or they don't like the unfamiliar foods that their parents who have complied with the ban have packed for them.  My head spins just thinking about it.

Gone are the days where going to school was as simple as walking out the door with your books and a sandwich and an apple for the lunch hour.  Today's schools see many, many children with severe allergies to a variety of different foods, and it's become a real challenge for those in charge to ensure the safety of all students while still respecting the rights of every family to feed their children as they see fit.  I don't envy school officials who have to make these difficult policy decisions, and honestly, I don't know what the "right" answer is in these kinds of situations.  Having spent many hours volunteering in kindergarten classrooms and seeing how hard it would be to ensure no food allergens get spread around the room when little hands touch everything, it seems clear to me that some kind of safety system needs to be put in place.  Should that be in the form of outright food bans?  If so, then how far are we willing to go in this direction?  Do we ban all foods that any child in the class has an anaphylactic reaction to?  What happens if that eliminates several whole food groups in one classroom?  How do we go about ensuring 100% compliance with these food bans, when foods like dairy and eggs are present in some form in a wide, wide variety of foods? (Without such compliance, the classroom is still not safe.) Should teachers and lunch supervisors be expected to be able to identify whether or not their students have brought allowable brands of breads and lunchmeats and other foods to school?  If we don't want to ban foods, is it possible to create separate eating areas in schools, away from educational areas (because in many schools I've been in, children eat at their desks or tables in their own classrooms), and do we try to create "allergen-free" eating zones within the rooms designated for eating?  And how do we do that without singling out allergic children and making them feel ostracized?  Do schools even have the money or space to allow for such a set up?

It's difficult when an issue as emotional and personal as food and eating weaves itself into the complex fabric of the public education system.  Sadly, I can't see any family from that local kindergarten class feeling especially positive about school next week.  What are your thoughts on this very sensitive subject?

This morning's paper published an article that shared the thoughts and feelings of the father of the little boy with the dairy and egg allergies.  According to the article, the banning of all foods containing dairy and eggs from the classroom was not the choice of the family.  The parents of the allergic boy do not want other families to have to change their eating habits; what they asked instead was that the kindergarten students eat in a different room than their classroom to reduce the risk of surfaces in the classroom being contaminated with foods that are dangerous to their child.  The mom of the little boy has also volunteered to make the food for special occasions at school, such as pancake days.  The boy's father points out that the school board's choice to implement a food ban puts the onus for a safe school environment on other parents, which he is not comfortable with, and he expresses concern that his son will now start school as the subject of a spectacle.  It's sad that a family has been placed in the centre of such controversy when a food ban was not what they even wanted.

School boards have an extremely important responsibility to minimize risks and to ensure the safety of every child in their care, but if the policies they put into place are not ones that are accepted by the families they rely on to comply with them, then how safe are our schools for allergic children?  This is an issue that needs some more thought.